LONG BEACH, Calif. — Until recently, Mike Smith, 64, worked 11 hours a day, Monday through Friday and then half a day on Saturday, as a district manager for a national auto parts chain — a schedule he’s kept for nearly 40 years.  Early retirement, while certainly appealing, wasn’t a viable option for him because both he and his already-retired wife, Laura, also 64, relied heavily on his job-provided health insurance.

“At our age, with some preexisting medical conditions, it would have been very costly to buy insurance on the open market – about $3,000 a month,” he says. 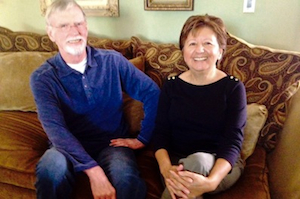 But the Affordable Care Act changed that. The federal health law bars insurance companies from charging higher premiums to those with preexisting conditions, so the Smiths have been able to find a plan they can afford. The couple pays $200 a month for a subsidized health insurance policy they bought through California’s state-run marketplace, Covered California.

And that’s brought a big change to Smith’s household:  He’s joined Laura in early retirement. That means more time for him to help Laura care for his elderly in-laws as well as more down time to pursue some budding passions, namely playing his guitar and cooking new recipes.

But early retirees aren’t the only people benefitting from the federal health law. 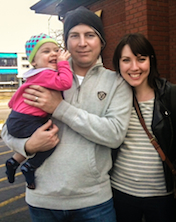 A recent study by Georgetown University and the Urban Institute predicts the ACA will enable up to 1.5 million Americans to leave unfulfilling jobs and become self-employed or start new businesses. It’s a finding that runs counter to forecasts by ACA critics, who contend the federal health law will cost the nation jobs and cripple America’s small business economy.

It will take years to know for certain how the health law will change the work landscape broadly, but already the law has changed life for Rebecca Murray.

Last year, the Chicago resident says, her husband — a freelance IT worker — was diagnosed with chronic spinal arthritis. He needed good health insurance, which he received through Murray’s job as a social worker for a dialysis corporation. But Murray didn’t like her job.

Murray and her husband are both 31, with a 20-month-old daughter and a second child on the way. Before the Affordable Care Act, they couldn’t get insurance on the individual market market because of his preexisting condition.

But under the federal health law, they now qualify for a subsidized policy that will cost $535 a month for the whole family. Not inexpensive by any means, she says, but it does allow her to quit her job and launch an online business to help young women, like her, take care of sick loved ones.

“It’s thrilling. It’s exciting. It’s kind of like taking a leap into the unknown, and I know it’s a big risk,” she says of her new venture. “But this really is allowing me to finally step into what I feel is truly satisfying for the soul,” she says, adding that just a year ago, “I was convinced I would be a renal social worker for the next 30-something years and just raise my kids and hope they could live out their dreams instead.”