For the millions of seniors who worry that losing their keys may mean they’re losing their minds, the health law now requires Medicare to cover a screening for cognitive impairment during an annual wellness visit.

But in a recent review of the scientific research, an influential group said there wasn’t enough evidence to recommend dementia screening for asymptomatic people over age 65.

What’s a worried senior to think? 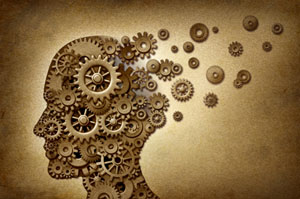 Dementia screening tests are typically short questionnaires that assess such things as memory, attention and language and/or visuospatial skills. One of the most common, the mini-mental state examination, consists of 30 questions (such as “What month is this?” and “What country are we in?”) and may be completed in about 10 minutes.

In its review, the U.S. Preventive Services Task Force, an independent panel of medical experts, evaluated the evidence of the benefits, harms and clinical utility of various screening instruments for cognitive impairment. It concluded that the evidence for routine population-based screening was insufficient. While declining to recommend the practice for everyone older than 65, the reviewers noted that some screening tools can be useful in identifying dementia.

“Clinicians need to use their judgment,” says Albert Siu, professor and chair of geriatrics and palliative care at Mount Sinai School of Medicine in New York who was co-vice chair of the task force on dementia screening. “The evidence isn’t clear that there is a net benefit to screening for individuals that are asymptomatic.”

The risk of dementia increases with age: its prevalence is 5 percent in people aged 71 to 79, rising to 37 percent of those older than 90. Mild cognitive impairment has many definitions, but the term generally refers to people whose impairment isn’t severe enough to hamper their ability to manage their daily lives. By some estimates up to 42 percent of people older than 65 have it. Mild cognitive impairment is a warning sign, but it may not progress to Alzheimer’s disease, says Dean Hartley, director of science initiatives at the Alzheimer’s Association.

Alzheimer’s is the most common form of dementia, accounting for up to 80 percent of cases. Other types include vascular dementia, many cases of Parkinson’s disease and Huntington’s disease.

Someone without symptoms who does poorly on a screening test may have other medical conditions, such as depression or sleep apnea, that can cause memory or other problems, says Hartley. That’s why it’s important that people take the tests in a medical setting with a trained professional who can evaluate them and take a good medical history from patients and their family members, he says.

One-time screenings at shopping malls or health fairs should be avoided, experts agree. Taking a quick test without any accompanying medical evaluation may raise more questions than it answers.

But seniors may want to consider having an evaluation for cognitive impairment as part of their annual wellness visit with their health provider. It is covered with no out-of-pocket charge.

The Alzheimer’s Association recommends seniors undergo cognitive impairment screening and evaluation to establish a baseline for comparison, and then have regular follow-up assessments in subsequent years.

There is no cure for Alzheimer’s disease. Some drugs, such as Aricept, may improve memory or other symptoms temporarily, but no medical treatment halts or reverses the disease.

That is a key argument against large-scale routine screening of people older than 65, says Ariel Green, a geriatrician at Johns Hopkins Bayview Medical Center. “We don’t have studies that show that such a screening program improves the care of people with dementia,” she says.

Still, if an individual has concerns about dementia because of a family history of Alzheimer’s or memory lapses, for example, a medical professional should evaluate the person and a screening test may be appropriate.

And although research hasn’t yet shown that large-scale screening is effective at improving dementia care overall, screening may help individuals and their families identify a cognitive impairment or dementia early on. The drugs that are available are most effective in the early stages of the disease. In addition, Green says, “it’s helpful for people to hear a diagnosis of dementia, if it’s an accurate diagnosis, because it can help people anticipate their future needs and plan for that.”