With the national health law’s political future now entrenched, a deluge of new rules is expected in the coming days and weeks as the Obama administration fleshes out the law’s complex components. 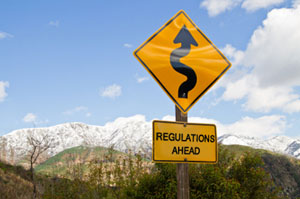 Most of the anticipation so far has been focused on rules that determine how the new state-based insurance marketplaces called exchanges will operate. But also closely awaited are decisions about how the government will tax medical devices, allot the shrinking pool of money for hospitals that treat the uninsured, and determine how birth control insurance coverage can be guaranteed for employees of religious schools, universities and charities.

“We knew right after the election, this is all coming out,” said Blair Childs, an executive at the Premier health alliance, which advises hospitals.

Some of these rules have been under development for nearly a year.

Other key decisions will be determined outside the rulemaking process, as the Obama administration selects participants in several experimental programs, including a new payment method for doctors, hospitals and other providers.

Here are summaries of some of the significant decisions on the health law that the administration is expected to announce shortly:

Medical Device Excise Tax. Last February, the Internal Revenue Service proposed a rule on how to apply this 2.3 percent tax, which kicks in at the start of January. The major unresolved issues concern which devices will be included and how the tax is applied and collected.

Among the questions: Should the tax apply to devices commonly used by veterinarians if the device is also used in human medicine? What about items sold in retail settings but also used in medical procedures, like dental instruments and latex gloves? Does the tax apply to kits—two or more medical tools packaged and sold together—even if the manufacturer of each individual component had already collected the tax when it was sold to the kit maker?

Brendan Benner, a spokesman for the Medical Device Manufacturers Association in Washington, D.C., said companies are making marketing and sales decisions based on what they expect will happen, but that presents problems. “When you don’t know what the answer to the question is, it’s hard to make a decision,” he said.

Hospital Payments. Between 2014 and 2019, the government will cut $36 billion out of the money that goes to hospitals that treat large numbers of poor patients. The cuts were included in the health law under the rationale that many currently uninsured patients would be covered either through the expansion of Medicaid or through subsidized insurance.

The administration has to figure out how it will allocate those cuts among hospitals—a task made more complicated by last summer’s Supreme Court ruling that allows states to opt out of expanding Medicaid.  On the one hand, hospitals in states that don’t expand Medicaid will continue to serve a crush of uninsured patients, so they will want more federal support. On the other hand, experts note, the government doesn’t want its policy to reward those states for their parsimony by ponying up more money to soften the blow.

“It’s a paradoxical situation,” said Chip Kahn, president and CEO of the Federation of American Hospitals. “In states that choose not to do the Medicaid expansion, they’re going to still have the uncompensated care, and those people are still going to go to hospitals.”

Insurance plans. For the administration, some of the trickiest decisions concern how insurance policies must be designed, priced and sold starting next October, when open enrollment begins for the new online marketplaces, called exchanges, that will offer plans to individuals and small businesses. For instance, the law allowed insurers to alter their prices for people based on their age, family size, where they live and tobacco use. The Department of Health and Human Services has to determine how insurers can go about setting those prices.

“The big one that everyone’s watching is more definition around the exchanges,” said Chas Roades, chief research officer at The Advisory Board, a Washington consultancy.

The government also has to specify how cost-sharing rules for consumers will work, and what types of medical services must be covered in health plans sold in the exchanges.  Twenty-six states have already chosen an existing health plan as a benchmark identifying what “essential benefits” their state’s insurers must provide.  In those states that don’t establish a benchmark, the administration is empowered to choose one. Until the government does, insurers say they are hampered in devising what kind of insurance policies to offer.

“Unless such guidance is forthcoming, it will be difficult for health plans to complete product development, fulfill network adequacy requirements, obtain necessary state approvals and reviews, and ensure that their operations, materials, training and customer service teams are fully prepared,” Daniel Durham, a vice president for America’s Health Insurance Plans, testified before a House subcommittee in September.

Debra Ness, president of the National Partnership for Women & Families, said consumer advocates are concerned the rules may give insurers too much leeway in deciding how skimpy or rich benefits are within the 10 broad categories of coverage the health law requires. “You can end up with places that have fine prescription drug treatment and really lousy maternity care,” she said.

Other insurance regulations are also expected. The government has to clarify new standards for companies that insure their own workers, including what level of coverage is sufficient, how a new tax on premiums included in the health law will be assessed and how wellness programs designed to encourage employees to adopt health behaviors will operate.

Several of these insurance rules appear to be far along in the pipeline and are pending before the White House Office of Management and Budget, the final stage before issuance. The office’s website shows three rules — on exchanges, the health insurance market and wellness programs— was submitted by HHS to OMB days after the election.

Dan Mendelson, CEO of the consulting firm Avalere Health, said: “It’s a breakneck time frame because there’s really only eight months left before open season, and they have to get these products up.”

Mendelson said a lot is at stake for the government to make sure its rules lead to a marketplace that doesn’t founder. He pointed to Medicare officials’ efforts to get the prescription drug plan, Part D, ready to roll out in 2006. The Centers for Medicare & Medicaid Services needs “to work collaboratively with the health insurance industry to bring to market a new set of products,” Mendelson said. “It’s always a challenge for CMS. They did it beautifully under Medicare Part D and that resulted in a market that is quite robust and functioning.”

Bundled Payments The administration has already gotten off the ground two major changes to the way the government pays hospitals and doctors. One designates accountable care organizations that reward hospitals and doctors for working together to provide more efficient care. The other begins to pay hospitals on the quality of the care they provide through the value-based purchasing program. By January, the law calls for the government to launch another major initiative: bundled payments.

The Center for Medicare & Medicaid Innovation is in the final stages of selecting which providers will be included in the program. Under the plans, the government would pay a lump sum to cover all the medical needs of patients going into the hospital, a nursing home or getting home health services for a specific ailment.

Applicants have tailored their proposals to specify whether it covers just one part of the patients’ medical treatment, such as post-hospital care, or all the services in the episode. The applicants have also selected specific diagnoses that they will use to test this new payment method. The goal is the same as the other ongoing experiments: to move providers away from being paid piecemeal for each service—a method that encourages excess treatments and drives up Medicare’s expenses.

“People in our community are looking at it as a way to dip their toes in the water,” said Dr. Atul Grover, chief public policy officer at the Association of American Medical Colleges.