Regardless of whether Congress’ super committee meets its deadline for finding ways to reduce the federal deficit, budget and policy experts are braced for Washington soon to face the painful task of finding more savings – and they anticipate that health spending will be at the top of the list. 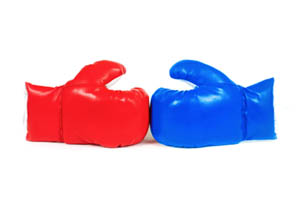 Some health care leaders are already laying the groundwork to redirect the debate, to insure that effort doesn’t just shift spending from one part of the health care system to another.

Jack Lewin, CEO of the American College of Cardiology, argues that proposals to address the root causes of high costs have been largely ignored in Washington. “We talk about them all the time but there’s nothing that we’re doing in any of these proposals to get that done. What we would like to get on the table that’s not there is a paradigm shift in thinking about how you control costs.”

“There’s going to be a Round Two, but after the election” because of the economic pressures exerted by the debt, said Thomas Scully, senior counsel at Alston and Bird, and a former Medicare administrator under President George W. Bush.

The super committee has examined a variety of ideas to save money in Medicare, the federal program that provides coverage to about 48 million elderly and disabled people, which eats 15 percent of the federal budget. The proposals include cutting payments to medical providers, asking beneficiaries to pay more for their coverage, and increasing the eligibility age.

The health care interests who stand to take another hit in 2013 want to begin planning now. The current efforts are still informal and very low-key. But several pivotal health care leaders, most of whom have been through previous national health debates and cost-cutting campaigns together, say some of the recent efforts to reduce spending too often just transfer costs off the federal budget and instead slap them on individuals, insurers, doctors or hospitals.

These concerns have caused “people from dramatically different quarters to start thinking about what to do to get their hands around this” and redirect the future conversation, said Karen Ignagni, president of America’s Health Insurance Plans, the industry trade group. “I’ve been talking to a range of stakeholders about how to work together … to urge policymakers to look at what’s already out there now and build on it.”

Some of the experts are promoting plans to protect doctors and hospitals from medical malpractice lawsuits when they follow best practices and the establishment of specialized health care courts to hear malpractice cases. Although there is general consensus that changes are needed to the existing liability system, Republicans and Democrats have been unable to work out their differences; Republicans have long sought caps on court awards for non-economic damages (pain and suffering), but Democrats have been adamantly opposed.

Others want to crack down on fraud and avoid unnecessary care at the end of life.

The impact of the 2010 health law is part of this debate. Administration officials and other proponents of the law say it will help drive down costs through a variety of initiatives designed to rely more heavily on primary care, increase the emphasis on preventive medicine, study treatments to evaluate their effectiveness and rate hospitals and other providers on quality. But health care experts across the political spectrum argue that the law will not have a strong impact on costs because the reforms it sets in motion are still small and will take years to mature.

The law found savings by cutting Medicare payments to hospitals and other medical providers, and placing what some insurers argue are damaging restrictions on health plans. Under the law, insurers cannot reject people with preexisting conditions, must justify rate increases of 10 percent or more, and send rebates to consumers if the companies don’t spend at least 80 percent of premiums on medical care.

One of the biggest challenges for those pushing structural changes in the country’s health system is trying to estimate the savings such transitions would generate. Currently, the Congressional Budget Office does not count savings from new alternatives unless hard proof exists. Various parts of the health care industry already are testing new approaches, and Ignagni wants CBO to use those results so that it can attach savings to proposals.

“We are seeing results,” she said.

“I don’t think this should be framed as Round Two of deficit reduction, but as Round One of cost containment,” she said. “We haven’t as a country addressed that in terms of sustainability of the health care system and the ability of employers and consumers to pay for it.”

“It’s up to us to get really serious with the agenda so that, when the time comes after the election, we are prepared to offer serious proposals that deal with costs, and that do not impair the quality of care,” said Ron Pollack, executive director of the consumer group Families USA.

Looking to 2013, early discussion is essential, said John Rother, who recently left the seniors group AARP to head up the National Coalition on Health Care, a broad, nonprofit coalition seeking comprehensive health system change. “Unless there’s a positive program to offer, we could be looking at some very negative actions after the next election.”

Health Leaders Prepare For Round Two Of Cuts