That question was the focus of a House subcommittee hearing Wednesday, and it’s an important issue in the context of the debate over ending the Medicare SGR. Mary Agnes Carey and CQ HealthBeat’s John Reichard discuss.

>>Click here to listen to audio of the conversation

MARY AGNES CAREY:  Welcome to Health on the Hill. I’m Mary Agnes Carey. Should Medicare pay the same for a service, no matter where it is performed? That was the focus of a House hearing today. CQ HealthBeat Editor John Reichard was there and joins us now. John, thanks for joining us.

MARY AGNES CAREY:  Today the House Energy and Commerce health subcommittee examined this issue of Medicare “site of service payments.” What exactly is that and why are lawmakers interested? 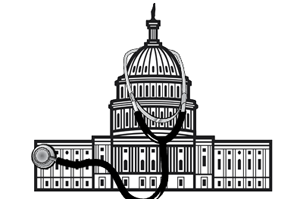 JOHN REICHARD:  The issue really relates to the fact that Medicare for the very same service may pay a different rate depending on whether you, the patient, goes to a hospital outpatient department or to a physician’s office. There are also other examples of where the very same treatment would be paid differently by Medicare, particularly for services after the hospital. So, for example, if you get some care at a skilled nursing facility, the rate might be different than for the very same condition than if you get it through an in-patient rehabilitation provider.

MARY AGNES CAREY:  What are some of these payment differences? What kind of money are you talking about?

MARY AGNES CAREY:  You have made it clear that the patients are definitely paying a higher tab if Medicare is paying more money. Why would Medicare pay a hospital more for a service than one that’s delivered the same service being delivered in the doctor’s office?

JOHN REICHARD:  Well hospitals have higher overhead costs; they also have higher regulatory costs. So they set their rates accordingly and Medicare has a separate payment system for hospital outpatient departments on the one hand and then for physicians on the other who are paid through the physician’s fee schedule.

MARY AGNES CAREY:  Are there any legislative proposals out there to equalize these payments or make other changes?

JOHN REICHARD:  Yes the subcommittee really looked at two main proposals. One is a bill by Mike Rodgers, a Republican from Michigan; HR-2689, that would basically make payments the same for cancer services whether you are getting them in an individual doctor’s office or in the hospital outpatient department. Another bill by Representative [David] McKinley [R-W. Va.] deals with something called bundled payment.

The idea is that, particularly in services — once you get out of the hospital, like home health care, skilled nursing, etc. — that Medicare would pay a single rate for a particular condition, and various post-acute providers would then team up together to provide care more efficiently. Their incentive to do that it that they would get more money left over after providing care, and Medicare would save some money, too.

MARY AGNES CAREY:  Do you expect Congress to act on either or maybe even both of those this year?

JOHN REICHARD:  Subcommittee Chairman Pitts said after the hearing that he expects to make a decision this summer about whether or not they’ll pursue this legislation. What we’re abundantly aware of here is that there are serious turf battles involved. Hospitals do not want to see their reimbursements go down, and so they could be expected to lobby very aggressively. I think lawmakers are wary of being caught in the middle of a pitched lobbying battle between providers.

MARY AGNES CAREY:  Even if Congress doesn’t take action this year, it’s pretty clear, as you noted, there will be an intense lobbying campaign. There seemed to be a lot of lobbyists from many different sectors in that hearing room today.

JOHN REICHARD:  Right. The backdrop of all this is the Medicare physician payment formula, and the need to overhaul it permanently. The cost of doing that is estimated over a decades time at $150 billion. So to offset that cost, they have to do things that are unpopular. And site-neutral payment might be one of those things. And that’s why, although these proposals will be difficult for lawmakers, they’re not going to go away any time soon

MARY AGNES CAREY:  Thanks for joining us John Reichard of CQ HealthBeat.

Should Medicare Pay The Same No Matter Where The Patient Gets Care?