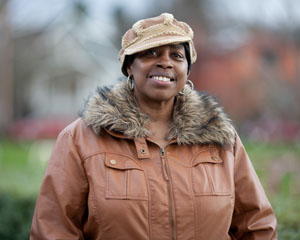 Lisa Huff says the state-funded Disability Lifeline program in Washington state has lived up to its name, helping her get counseling for depression, treatment for diabetes and support for her ultimate goal: getting a job.

But now the program for low-income, temporarily disabled residents is one of many on the chopping block in Washington, where lawmakers face stark choices in closing a projected shortfall of $4.6 billion in their next two-year budget, 2011-2013.

At risk are some of the very programs seen today as national models: A state-subsidized Basic Health insurance plan for low-income residents who don’t qualify for federal help — the first of its kind when it began 20 years ago — services that help the elderly and disabled stay out of nursing homes and insurance for 27,000 undocumented children.

Washington’s quandary is shared by many states: Demand for health-related services is growing, voters don’t want to raise taxes, payments to doctors, hospitals and clinics have already been reduced and states risk losing federal funds if they cut eligibility for the joint federal-state Medicaid health program for the poor and disabled.

Most states  including Washington  have cut services and budgets during the recession. But the pain isn’t over, despite a strengthening economy. State revenues lag pre-recession levels — and billions in temporary federal stimulus funding that helped many governors avoid deeper cuts dry up June 30.

The next fiscal year is shaping up to be the worst since the Great Depression, says Michael Leachman of the Washington-based Center for Budget and Policy Priorities. The liberal think tank reports that 44 states and the District of Columbia project shortfalls totaling $125 billion for fiscal 2012, which begins in July for most.

Governors have asked Congress and the White House for more flexibility on Medicaid.

Health and Human Services Secretary Kathleen Sebelius told them they can trim some optional services, such as dental care, and those with budget deficits can cut eligibility for non-disabled, non-pregnant adults above 133 percent of the poverty line, which is $14,500 for an individual. Twenty-one states and the District of Columbia currently cover adults above that level. 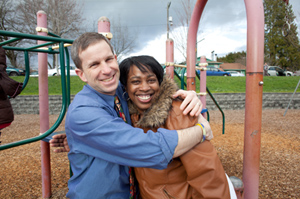 Robert Ruvkun, a physician assistant at Rainier Park Medical Clinic, has helped Lisa Huff get her diabetes under control. (Photo by Rob Sumner for USA Today)

But Sebelius didn’t give the governors authority to more sharply curtail eligibility, something many seek.

Because health and social service programs make up a large portion of most state budgets  behind only education  lawmakers are girding for another round of cuts affecting services for the uninsured, the sick, the disabled and the poor.

While Arizona’s decision to stop paying for organ transplants for its Medicaid patients has garnered national headlines, other states are making tough budget choices.

Dying Medicaid patients in South Carolina, for example, will no longer be enrolled in hospice starting in February. California Medicaid patients could be limited to six prescriptions a month and 10 doctor visits a year. Democratic Gov. Jerry Brown has also proposed ending payment for adult day care programs that help keep people out of nursing homes.  More than 5,300 people are on waiting lists for help in getting expensive, life-saving HIV/AIDS drugs from a federal-state program — a 50 percent increase since October.  Meal programs for the elderly and home-bound are also slated for reduction or elimination in many states.

“No one wants to do these things,” says Joe Antos of the conservative American Enterprise Institute. “But states are really in fiscal trouble,” he says, partly because of health program costs, but also because they have not trimmed back their state pensions and benefits.

In Washington state, health care and social services represent nearly one-third of the state’s general fund expenses; education accounts for about half.

“So it really does fall on social services and health care,” says Gov. Chris Gregoire, a Democrat. “Those are difficult choices. Do I cut health care to children or single adults?”

She warns that short-term budget cuts can raise long-term costs: “The dilemma is we are really not going to save any money doing this.”

For Huff, the end of Disability Lifeline could make her diabetes medicine unaffordable. Untreated, the disease can lead to a host of expensive and life-threatening complications. “It’s a slow process, but it can kill you,” says Huff, 49, who is doing volunteer work she hopes will lead to a job helping families affected by domestic violence.

Some program advocates say the state has options beyond cutting.

“Those aren’t the choices,” says Ingrid McDonald, state advocacy director for AARP. Some health and social service programs could be saved, she says, if lawmakers close a variety of tax loopholes, including exemptions for first home mortgages, cosmetic surgery, movie tickets, massages and non-organic fertilizer.

But in November Washington voters approved measures tying legislators’ hands: One requires a two-thirds vote of the legislature to pass new fees or taxes and another repealed a tax on soda, candy and bottled water that was to be used to prop up some health and education programs. They also turned down a tax on very high-income residents.

“That isn’t much different than what we did last year,” says Gregoire. “We put together a $700 million revenue package, including two cents on a can of pop, and the voters said no.”

While many states went that route in the past two years, today there’s “not as much appetite for tax increases, so generally the focus is going to be more on cuts,” says Stacey Mazer, senior staff associate for the budget association.

Washington’s grim choices are particularly painful given that the state spearheaded innovations adopted elsewhere, such as services to keep the elderly and disabled in their own homes, says JoAnn Lamphere, national director of state government affairs for AARP.

Now, she says, the move to cut such programs “is like a fire catching across the states,” with 28 expecting to make cuts to them in this fiscal year.

In Washington, home-based care services for low-income people will be reduced, affecting up to 45,000 people. And, unless lawmakers come up with a way to pay for it, Basic Health will end this spring, affecting nearly 60,000 residents who earn less than $21,660 a year.

State Rep. Ross Hunter, a Democrat and chairman of the House Ways and Means Committee, says he wants to find state funding to keep the program going after May  hoping it can last until 2014.  That’s when many aspects of the federal health care law enacted last year kick in, including new marketplaces to buy insurance and subsidies to help people below 400 percent of the federal poverty limit  about $73,000 for a family of three — buy insurance.

In the meantime, those on the front lines of health programs say they are scrambling in anticipation of cuts.

“It’s a crisis,” says Rebecca Kavoussi of the Community Health Network of Washington. A recent survey of community clinics there found that 40 percent expect they will have to close at least one location if proposed budget cuts go through, as well as make staff cutbacks and other changes. “Our clinics are already getting calls from patients wondering if they can still come in.”