In addition to treating what ails you, a number of health care systems aim to sell you a health insurance plan to pay for it. With some of the most competitively priced policies on the marketplaces, “provider-led” plans can be popular with consumers. But analysts say it remains to be seen how many will succeed long term as insurers.

It’s not surprising that health systems might get into the insurance business. Doing so funnels more patients to a health system’s hospitals and doctors. And it makes sense that combining clinical and claims data under one roof could lead to better coordinated, more cost-efficient patient care. 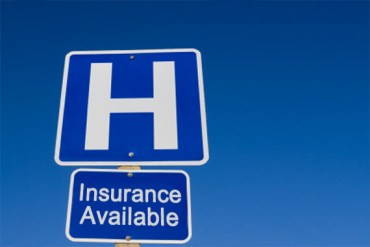 Yet even though health care systems can gain insurance know-how by partnering with or acquiring an insurer or third party administrator to handle claims, compliance and customer service, putting it all together can be challenging.

“They’re inexperienced,” says Gunjan Khanna, a partner in the health care practice at McKinsey & Company who co-authored a paper on this type of plan, when talking about newer entrants in this market. “The viability of that business and the ability to manage that is a question.” [] For example, it may take years to develop the necessary skills in managing financial risk and coordinating patient care beyond the hospital or clinic, among other things.

Health plans sponsored by providers are still rare. In 2014, 13 percent of health care systems in the United States offered plans that covered 18 million members, or about 8 percent of all people with insurance, according to McKinsey. Most of the people covered by provider-led plans are in Medicaid managed care or Medicare Advantage plans.

The provider-led marketplace plans are priced very competitively, says John Holahan, a fellow at the Urban Institute’s Health Policy Center. In a number of rating areas, the plans will be the lowest priced at the silver level in 2016, according to a forthcoming analysis of 63 rating regions in 21 states, Holahan says. The lowest priced silver plans include those sponsored by New York’s North Shore-LIJ Health System, Oregon’s Providence Health and Services and Inova Health System in Virginia.

Inova, which is headquartered in Northern Virginia, partners with insurance giant Aetna to offer Innovation Health plans in several areas of the state. “Because of our strong relationship with Inova we’re able to buy our healthcare cheaper than most of our competitors,” which helps keep premiums down, says David Notari, CEO at Innovation Health.

An Innovation Health member who lives in Arlington, Va., and buys a marketplace plan, for example, has in-network access through Aetna’s marketplace network to all Inova hospitals, clinics and physicians and as well as other area providers.

Network coverage in provider-led plans varies. Some cover only services within the health system, while others offer broader access.

Consumers have generally been willing to accept narrower provider networks in exchange for lower premiums.

“The exchanges have pushed the concept of narrow networks front and center,” says Khanna. Consumers confronting that might want to “consider a provider health plan, because it’s based around a network of providers and at heart a network is built around a health care system.”

Health Systems Dipping Into The Business Of Selling Insurance