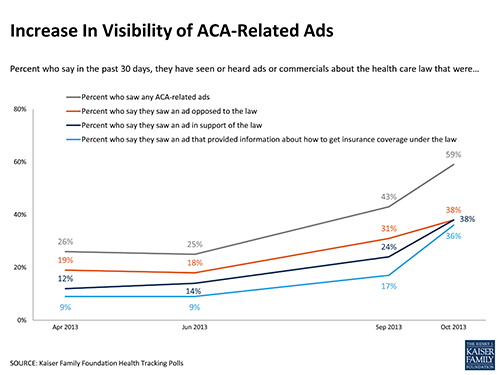 The public has a dim view of how the government has rolled out the health care law so far, but those stumbles have not changed people’s overall opinions of the law itself, a new poll finds.

The Kaiser Family Foundation poll found that 48 percent of people think the federal government has done a poor job of implementing the law, and another 32 percent give the government an “only fair” review. (KHN is an editorially independent program of the foundation.)

Only 14 percent gave the federal government good or excellent reviews for the rollout of the law.  The public was slightly less critical about state government management of the law, but even there, 63 percent said their state had done either a poor or “only fair” job.

Republicans were overwhelmingly critical of the federal government efforts, but even a majority of Democrats gave the government bad or middling reviews.

The pollsters did not ask specifically about people’s views on the rollout of the online marketplaces where many people have had trouble enrolling in new plans since they opened at the start of October. More than half of the public was following the technical problems of healthcare.gov closely, but that was fewer than said they were closely following the government shutdown, the economy or efforts to track down Syria’s chemical weapons.

So far, the snags in those marketplaces have not altered the public’s divided view of the law, although the survey was concluded before the deluge of reports on people getting cancellation notices from their insurers. Forty-four percent said they oppose the health care law and 38 expressed support for it, reflecting the same split in previous monthly surveys. Forty-seven percent want to expand it or keep it as is, while 37 percent want to repeal it. The split remains highly partisan, with Democrats backing the law and Republicans opposing it.

The informational ads are considered an important component of the effort to get people to purchase insurance or to enroll in Medicaid, the joint federal-state health program for low-income people. Despite the increase in attention, 44 percent of people still say they do not have enough information about the law to understand how it will impact them and their families.

The pollsters interviewed 1,513 adults from Oct. 17 through 23. That was after the federal government shutdown had ended but before the Republican-controlled House started holding hearings on malfunctions in the healthcare.gov website. The poll’s margin of error is +/- 3 percentage points.