Heart-attack patients whose ambulances were diverted from crowded emergency rooms to hospitals farther away were more likely to be dead a year later than patients who weren’t diverted, according to a recent study published in the journal Health Affairs.

The study, conducted by researchers at the University of California-San Francisco and the National Bureau of Economic Research, looked at ambulance diversions affecting nearly 30,000 Medicare patients in 26 California counties from 2001 to 2011. 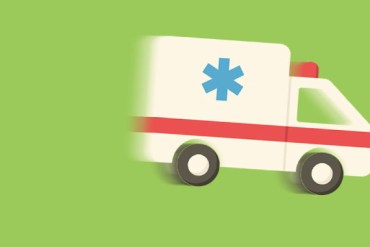 The study adds to a growing body of research nationally showing that temporary diversions of ambulances from the nearest hospital can harm patients with life-threatening conditions, including heart attacks and stroke. One smaller study in New York City also linked diversions with higher heart-attack death rates, while others have found that diversions can lead to delays in administering drug therapy to heart-attack patients.

Some hospitals see diversion as a necessary safety valve for full-up emergency rooms. But emergency care experts say they push the crowding problem to nearby hospitals and can compromise patient care, especially in life-threatening cases.

“This setup is absolutely a disaster for these kinds of patients,” said Mike Williams, president of the Abaris Group, a Martinez, Calif.-based health care consulting firm that specializes in emergency medical services. Williams was not involved in the study.

The researchers found that heart-attack patients whose ambulances had been diverted to an emergency room farther away were nearly 10 percent more likely to be dead one year later than those whose ambulances were not diverted. They were also slightly less likely to get the treatment they needed to restore blood flow to major organs, such as an angioplasty or coronary artery bypass graft.

“This study is telling us that as we continue to saturate our emergency care system, [diversions] affect everybody,” said University of California-San Francisco researcher Dr. Renee Hsia, one of the study’s authors. “We tend to think that it’s only people who aren’t that sick who don’t get treated quickly in emergency rooms. Diversions affect patients who are really sick, too.”

The study found, however, that patients of color were more likely to be diverted.  Statewide, about half of heart attack patients were diverted to other hospitals on the day of admission between 2001 and 2011.

Diversion policies varied from one county EMS agency to another, and some places were far more affected than others.  In L.A. County, as many as three-quarters of heart-attack patients were diverted in some years, the study showed.

Experts said that the higher mortality rate is particularly troubling because it is only the most extreme indicator of how patients fare. Other possible outcomes include non-fatal strokes, bleeding complications or heart arrhythmias, all of which can require re-hospitalization later on.

“Those are hidden behind the higher mortality rate,” said Dr. James Augustine, director of clinical operations for Emergency Medicine Physicians, a national network of emergency doctors based in Ohio. “You’re only looking at the worst outcomes when you do these studies.”

The good news is that ambulance diversions declined statewide during the decade. Records show one of the county’s busiest ERs, at LAC+USC Medical Center, went from diverting ambulance patients an average of 62 percent of the time in 2011 to 32 percent in 2014. Los Angeles County officials in 2006 created policies to ensure hospitals cannot automatically remain on diversion for hours on end.

Overall, average diversion rates for the county’s 71 hospitals with emergency rooms dropped from 10.5 percent of the time in 2011 to 7.8 percent in 2014, county data show.

Nationwide, hospital and EMS staff have significantly speeded up treatment for heart attacks, when minutes can mean the difference between life and death.  But not enough has been done to expand emergency room capacity, critics say.

“Diversion is essentially a crutch that allows hospitals to understaff and not make efficient use of all the resources they have,” said Ross Elliott of the California Ambulance Association, an industry group that primarily represents private ambulance contractors.

On the other hand, diversions can reduce “wall time” in which paramedics wait at the hospital’s emergency room until their patients can be admitted, he said.

“It still boils down to lack of resources to meet the demand,” Elliott said.

B.J. Bartleson, vice president of nursing and clinical services for the California Hospital Association, said the state’s hospitals are working with local EMS agencies to make sure patients get to the right hospital at the right time.

One large-scale effort began in the mid-2000s, about mid-way through the UCSF study. It involves dispatching patients with a particularly deadly type of heart attack, known by the acronym STEMI, to 136 hospitals around the state specifically certified to receive and rapidly treat them.

These “STEMI receiving centers,” as they’re known, have advanced cardiac technology and may not refuse STEMI patients even when their emergency rooms are otherwise diverting ambulances.

And while other kinds of heart attack patients still may be diverted to a non-specialized hospital, there’s a process to quickly get them to a receiving center if their symptoms worsen, said Dr. Marianne Gausche-Hill, medical director of L.A. County’s EMS agency.

Dr. Marc Futernick, president of the California chapter of the American College of Emergency Physicians and medical director of the emergency department at a downtown Los Angeles hospital, favors a more radical solution. He believes hospitals should agree to stop diverting ambulances altogether, except in extreme cases. He recently asked several emergency department directors in his area to commit to a no-diversion policy.

Heart-Attack Patients More Likely To Die After Ambulances Are Diverted