Again wading into the conflict between religious liberty and reproductive rights, the Obama administration on Friday suggested a number of ways it might arrange for insurers to pay for the contraception of employees of religious organizations without using any premium money from those groups. 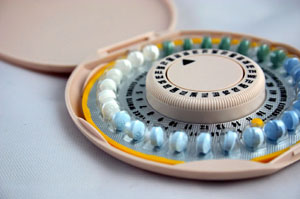 The ideas are intended to deal with a knotty problem created when the Department of Health & Human Services  announced last month that all insurance plans would be required to cover contraception as one of the free preventive services mandated by the  health law — even if the plans were handling the health care claims of religious employers such as Catholic hospitals and universities.

The administration hasn’t formally proposed any of the ideas made public Friday as regulations. Instead, it offered them as possibilities in a notice seeking public comment. The notice encourages other ideas to be offered over the next 90 days. After that, the administration would formally propose a regulation with its preferred method or methods.

The problem is how to ensure that the money insurers spent on contraception was distinct from the premiums paid by the religious employers. This is an even greater challenge for a religious employer that doesn’t buy group insurance through an insurance plan, but instead self-insures, paying for the medical expenses of its workers on its own.

The possible solutions floated by the government would give the responsibility for this task to companies that manage the claims for these employers — technically known as third-party administrators.

Under one idea, contraception would be paid for from drug rebates, disease management program fees or other revenue that is part of an arrangement between the plan and another entity like a pharmaceutical company.

Another idea suggested by the administration is giving the insurer a credit or rebate against the amount that’s paid to a new reinsurance program set up by the health law to protect insurers that end up with extremely expensive consumers.