The Obama administration issued a sweeping proposal Thursday to bolster civil rights protections in health care, barring medical providers and insurers from discriminating based on gender, whether in treatments or access to facilities or services.

The long-awaited rules from the Office of Civil Rights in the Department of Health and Human Services further define protections included in the Affordable Care Act, particularly broadening those for transgender Americans. The proposal also includes provisions requiring medical providers to bolster their communication efforts for people with disabilities or limited English proficiency. 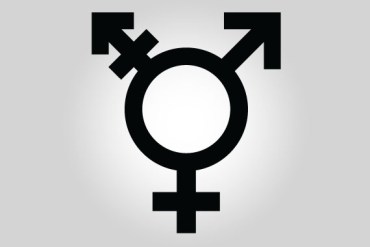 “Sadly … there continues to be a persistent problem with discrimination in the health care industry and this rule provides valuable tools to appropriately address them,” said Jocelyn Samuels, director of the HHS Office for Civil Rights.

Advocates were generally encouraged by the proposal, which won’t be finalized until after a public comment period ends Nov. 6. The president’s signature health care law was the first federal law to definitively say that medical providers cannot discriminate on the basis of sex. The new regulations detail how the government will enforce the law’s protections.

“We are pleased to see the administration, finally, make real the promise of that first of its kind legal rule,” said Emily Martin, vice president and general counsel of the National Women’s Law Center.

The proposal will have far-reaching effects because it covers any insurers who participate in the federal and state insurance marketplaces, as well as hospitals, doctors and other providers who receive federal funding, such as Medicare or Medicaid.

Once finalized, the proposal would bar insurers from categorically denying all health care services needed by people who are changing from one gender to another. The rules also say medical facilities cannot turn away transgender patients and need to give transgender patients access to facilities, such as bathrooms, consistent with the gender with which they identify.

“We are clearly not intending to ban single-sex bathrooms or hospital wards or locker rooms … but we anticipate that individuals will be provided access to those facilities consistent with their gender identity,” said Samuels.

The administration specifically asked for comments in two areas: How to handle issues of discrimination based on sexual orientation and whether there should be any specific exemptions for health providers based on religious beliefs.

“This rule has the potential to increase fairness and access in health care for many, many people and could be truly life saving for transgender people,” said Harper Jean Tobin, director of policy at the National Center for Transgender Equality. “Nineteen percent of transgender people surveyed said they have been outright turned away from a hospital, clinic or doctor’s office and that, obviously, is not OK if they are taking federal funds of any kind.”

The new rules “seem strong in addressing benefit design problems that discriminate based on sex or gender identity,” said Martin at the women’s law group, which released a report in April showing 96 insurance plans in 12 states offered coverage that did not meet the health law’s non-discrimination standards.  Violations included sex discrimination, restrictions on coverage based on age, barring care for transgender patients or excluding coverage for chronic pain.

A spokeswoman for America’s Health Insurance Plans, the industry’s trade lobby, said the proposal was still being reviewed and did not have a specific comment.