The health law’s upcoming enrollment period may be its toughest yet, with federal officials promising a vigorous outreach campaign to enroll millions of eligible yet hard-to-reach Americans who have yet to sign up for health insurance.

“Those who are still uninsured are going to be a bigger challenge,” Department of Health and Human Services Secretary Sylvia Mathews Burwell said Tuesday in remarks to the Howard University College of Medicine. 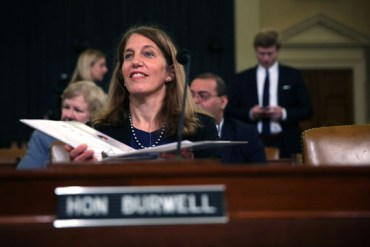 This year’s enrollment campaign will be harder in part because officials will be pursuing those who have declined to sign up for health insurance during the two previous enrollment seasons.  About half of those who qualify for coverage on the health law’s exchanges, or marketplaces, are ages 18 to 34, “which means they might not think they need insurance,” Burwell quipped.

Affordability continues to be a challenge, she said. Even with the law’s financial help to pay for premiums and out-of-pocket costs, some uninsured may simply not have the money to pay for coverage.

To reach the approximately 10.5 million uninsured, agency officials plan to use data accumulated over the last two health law enrollment campaigns, such as information about where the uninsured live and what sorts of messages might convince them to purchase coverage, senior HHS officials said Tuesday. Email and social media campaigns that encourage people who have started their applications to finish them, or to promote awareness about the law’s financial assistance that is available to help people purchase coverage and pay out-of-pocket costs, will be key. While there’s “no silver bullet” to increasing enrollment, “we have to keep chipping away at it,” a senior agency official said.

Outreach and enrollment efforts will be focused on five targeted areas — Dallas, Houston, Northern New Jersey, Chicago and Miami — where there are large numbers of uninsured who qualify for the law’s financial assistance.

Before open enrollment Nov. 1, potential enrollees will be able to see more information about health plans on HealthCare.gov, the law’s official website, and the enrollment process will be streamlined, Burwell said.  HealthCare.gov’s toll free call center and in-person assisters will also play a key role since many people, especially in communities of color, prefer that kind of help, she said.

“There is no doubt that there will be bumps along the way and things won’t always go as we plan,” Burwell said. “But we have a process in place – one that’s been tested and refined – in order to deal with those bumps.”

Burwell said the agency’s goals for the upcoming enrollment season, which ends Jan. 31, 2016, are to “improve the consumer experience, retain our current customers and increase our enrollment.” By the end of this year, HHS expects 9.1 million individuals will have coverage through the federal and state health insurance exchanges, or marketplaces, she said. HHS officials have yet to announce an enrollment goal for 2016.

In conjunction with Burwell’s remarks, HHS officials said Tuesday that as of mid-September, an estimated 17.6 million uninsured people have gained health insurance through the law’s various sources of coverage, including the marketplaces, the law’s Medicaid expansion and the individual market. Between Oct. 2013 and Sept. 12 of this year, the uninsured rate for African Americans declined by just over 10 percent, for Hispanics it declined 11.5 percent and for whites the rate declined by 6 percent, according to the HHS analysis.

Since its passage, Republicans have fought vigorously to repeal the health law while Democrats and President Obama have defended it. An audience member Tuesday asked Burwell what would happen to the law if a Republican were elected president in 2016. Republicans now control both chambers of Congress and may do so in the next Congress as well. Burwell said she thought the law would stay in place even under GOP control.

“It’s hard to think that we would go back to a place where you can’t get coverage because of pre-existing conditions” or that women would pay more than men for the same health insurance plan. “I think that as a nation we have moved beyond (it). … That is baked in the system,” she said.

This story was updated to correct the closing date for enrollment. Enrollment ends on Jan. 31, 2016.