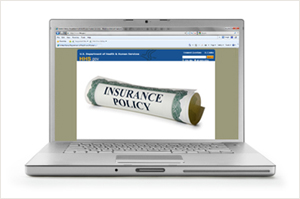 Wish finding health insurance were as easy as shopping for an airline ticket?

A federal government website that starts July 1 takes a step in that direction. The site, for the first time, will give consumers a list of all private and government health care plans for individuals and small businesses in their areas.

The nation’s new health care law requires the site (www.healthcare.gov). Initially, it will provide just basic facts, such as the names of companies, health plans and Web links. Beginning in October, it will list detailed cost and benefits information. Consumer groups and insurers already are clashing over exactly what information should be displayed.

“What we are trying to do is create some order in the marketplace,” says Karen Pollitz, a top official at the new Office of Consumer Information and Insurance Oversight at the Department of Health and Human Services. She acknowledges the site won’t be the Expedia of health care any time soon: “This ain’t like buying a plane ticket; it is much more complicated.”

For example, unlike the popular travel sites where people can immediately buy an airline ticket, consumers will have to contact insurers directly to sign up.

Insurers including UnitedHealthcare and Aetna say HHS is going too far in planning to list certain data, such as the percent of claims that health plans deny, the rate at which they cancel policies after customers get sick and the number of times patients appeal coverage decisions. They say the data would mislead potential customers.

“Let’s do what the legislation sets out and not overcomplicate, which will lead to consumer confusion and higher costs,” says Aetna spokesman Mohit Ghose.

Consumer groups such as AARP and Families USA counter the data are vital in helping people pick a plan.

The site can “be the great equalizer so consumers can have equal access to information and be on the same playing field as insurance companies,” says Elisabeth Benjamin, co-founder of Health Care for All New York, a consumer health care coalition. “The government needs to make the information as open as possible.”

The site aims to help consumers navigate the insurance market. The main part of the health overhaul law takes effect in 2014, when there’s a major expansion of insurance coverage and the creation of new state-based health insurance exchanges, which are marketplaces to make it easier for individuals and small businesses to buy insurance. These exchanges will have their own websites.

“It is a very important first step to give consumers the information they need so insurers are competing on quality of care and customer service,” says AARP lobbyist Paul Cotton.

HHS has said that in October, when it will begin listing premiums for insurance plans, it will use what Pollitz calls “sticker prices.” Actual rates could be significantly higher based on an individual’s health status. Until 2014, insurers are allowed to charge sicker people more, and to deny applications altogether.

UnitedHealthcare is concerned that consumers could misinterpret even those base prices. The company wants the site to list average prices.

Meanwhile, consumer advocates such as Benjamin say consumers should be able to get exact prices from insurers on the site. That could require patients to submit detailed medical histories – at least until 2014.