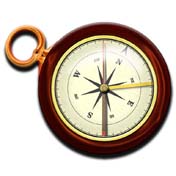 Quick: Where do insured Americans spend the most on health care? Miami? Los Angeles?

Nope. It’s Anderson, Ind., where people with employer-provided insurance spent an average of $7,231 on medical treatments. That’s according to an analysis of 382 metropolitan areas examined by Thomson Reuters, a consulting firm that has one of the biggest databases of insurance claims from employers.

Anderson’s spending level in 2009 was 76 percent above the national average of $4,104 per person, according to the analysis. Also in the top 10 highest metro areas were:

Also in the lowest ten was McAllen, Tex., the poster child for the argument that doctors in some regions are out of control in performing too many tests and procedures. McAllen’s bad rep is based on its high Medicare spending.

But Thomson Reuters’ analysis shows that among patients insured through employers, McAllen’s average spending of $2,950 was 28 percent below the national average. That finding buttresses a separate study published last year in Health Affairs that found low health care spending among McAllenites insured from Blue Cross and Blue Shield of Texas.

The Thomson Reuters analysis doesn’t adjust spending data for geographic variation in prices, health status or other factors, and its database doesn’t cover all employers.

But the results do echo what several peer-reviewed studies have found:  It’s wrong to presume that a region with high Medicare spending also has a cost problem for those with private insurance. For instance, spending on the seniors in Fargo with supplemental insurance from their employers was 13 percent above national average, while spending for adults under 65 was 27 percent below average.

Thomson Reuters found some other complexities. Spending on drugs tended to vary more widely among metropolitan areas than did spending on hospitals, doctors and providers. But for the elderly, the reverse was true.

All this illustrates the complexity of efforts to pinpoint excess spending in the health care system and to craft policies that reduce spending without hurting patients. A panel of the Institute of Medicine is grappling with this issue and is supposed to make recommendations to the government. The Thomson Reuters study also provides more proof about how little is known about what’s really going on in private health care markets.