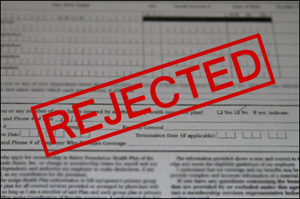 It’s the first and one of the hardest tests of the Democrats’ ambitious plan to overhaul the nation’s health care system: in the next 90 days establishing a federally funded program to cover people turned down by private insurers because they have a pre-existing medical condition.

The effort, to provide immediate relief to people who have no insurance options, will be closely watched as an early gauge of the Obama administration’s ability to turn a complex new health care law into a smooth-running program.

While 34 states currently operate such programs, called high-risk pools, some are closed to new entrants and most struggle to finance coverage for approximately 200,000 enrollees nationwide. Most tend to be sicker and older than the general population, and to qualify they must have been unable to obtain coverage through other sources.

About two million people might be eligible for the new pool, analysts predict, though how it would operate is unclear  complicating a daunting timetable for implementation.

The health care law President Barack Obama signed Tuesday offers only general guidance, making the Department of Health and Human Services responsible for creating the program. It would last until 2014 when health insurance exchanges, marketplaces where companies compete for business, are scheduled to be up and running.

While people will still have to pay premiums to buy coverage, the federal government will add $5 billion to pay claims. The law allows the secretary of HHS to administer the pool or contract it out to states or a non-profit entity. Under the new law:

* Applicants must be U.S. citizens who are not covered by another form of insurance, have been denied coverage due to a pre-existing condition and have been without health care coverage for at least six months.

* The plan must cover at least 65 percent of participants’ health costs and follow annual out-of-pocket limits set in the bill.

* Premiums will be based on “standard rates,” which states define as average premiums charged by private insurers for similar coverage.

Among the questions to be answered: How much will the coverage cost? Will enrollees have a choice of plans? What medical services will be covered? What hospitals and doctors and other health care providers will participate in the networks to be created? How will the new entity interact with already established state-run high-risk pools?

HHS spokesman Nicholas Papas said “It would be premature for us to discuss many of these details as this work is ongoing, but we will be working closely with states as we establish these pools and are committed to meeting the deadlines set out in the law. We are confident that the high risk pool will offer affordable insurance to Americans who are uninsured because of pre-existing conditions.”

Some health care analysts wonder if HHS can pull off such a complex process of setting up a high-risk pool in just three months. “That doesn’t feel like a 90-day process. It will take a lot of work to get there. This is going to be a heavy lift,” said Peter Harbage, a Democratic health policy consultant.

There’s speculation that several risk pools will result. “It is most likely there will be not one national program and that the secretary will go through a very quick bidding and contracting process to get national coverage through states and non-profit entities, but that’s a pretty short order in that amount of time,” said Bonnie Washington, a vice president at the health care consulting firm Avalere Health.

Some state risk pool officials are ready to help implement the national risk pool. Richard Popper, executive director of the Maryland Health Insurance Plan, said his agency could operate the new national pool as it continues to operate its state pool which now has about 18,000 members. “It would be seamless,” he said.

But Jerry Ashford, executive director of the Florida Comprehensive Health Association, the state’s high-risk pool, said his state would have trouble taking on new customers.

That’s because his pool has been closed to new members since 1991 and any changes would have to be approved by the state legislature, which meets only in March and April of each year. Another possible complicating factor: Florida’s top political leaders, including Florida Attorney General Bill McCollum, have been among the most vocal critics of the health reform law and have vowed to try to overturn it.

“Given the short term nature of it, the more practical solution is to have a federal pool,” Ashford said. “It would be simpler than operating a different pool in every state.”

The state programs vary in terms of who is eligible, what benefits are covered and how much premiums cost, according to the Kaiser Family Foundation (KHN is a part of the foundation). Typically, they offer four to eight health plans through contracts with private health insurers.

Karen Pollitz, a health insurance market expert and a research professor at Georgetown University, said how the risk pool is designed and administered is an important first test of a law that is expected to provide coverage to 32 million additional Americans over the next decade.

“Because this is the first thing out of the box, the first in a long series of implementation stepsyou need to make sure that coverage works for people,” she said. “This is a great opportunity to begin to build transparent coverage and to really see what happens.”