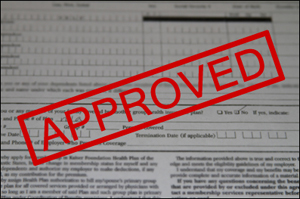 In one of the marquee benefits of the health overhaul, the federal government will spend $5 billion to subsidize so-called high-risk pools to provide coverage for people who have trouble getting insurance because of preexisting health problems until 2014. But a new report suggests that amount may not be enough to cover their needs.

The health law will bar insurers from rejecting people with health problems and will provide subsidies to some low-income people to buy insurance in the private market. But those benefits don’t take effect until 2014 and the new pools are intended as a bridge.

As many as 7 million people have been uninsured for an extended time because of their health conditions, make too much for safety net programs such as Medicaid and have not qualified for existing state-financed risk pools. According to a report published today by the nonpartisan National Institute for Health Care Reform, a new think tank funded by automakers and the United Auto Workers, the money could cover as few as 200,000 people unless states take actions to stretch the money further.

The program is “$5 billion more than nothing,” said Mark Merlis, the policy analyst and former Congressional Research Service staffer who authored the report. “But, people may have the impression that this magic program is going to help everyone in need right away.” That’s not the case, he said.

State and federal officials responsible for putting the program into action may have to find ways to extend the money by narrowing who can join and what the program will actually pay for in order to reach the most people, Merlis’ report says. And, because the pools are scheduled to launch as early as July, they have little time to make those choices.

The high-risk pools are one of a handful of early benefits the administration is promoting, such as provisions that allow some people up to age 26 to stay on their families’ insurance plans, ban insurers from excluding children because of preexisting conditions, and put an end to lifetime limits on health costs insurers impose on some policyholders.

Twenty-nine states and the District of Columbia volunteered to run their own new pools and will get a share of the funding. Nineteen states said they would leave that task to the federal government  some arguing that the federal funding may dry up and leave them on the hook — and two haven’t decided yet. The Department of Health and Human Services says it will ensure that the funds will last for the duration of the program in states where it will administer the pools.

“We believe the cost per person will be lower, and the target population is likely not as large,” said Jessica Santillo, an HHS spokeswoman. And, the report, “even by its own conservative estimates, suggests that the proposal would double the number of people with major health problems who are currently helped by state high risk pools.”

Only 199,418 people were enrolled in state-financed high-risk pools in 2008, according to the Government Accountability Office. Thirty-five states now operate high-risk pools. People have to be uninsured for at least six months to take advantage of the federal pools, which means current state enrollees would not be immediately eligible.

Actuaries say that the average cost of subsidizing people in the existing high-risk state pools was less than $5,000 a year. By that math, the $5 billion fund should reach more than 300,000 people over three years, although the federal program might cost more per person than existing state pools because the individuals’ premiums will be lower. Merlis estimated that by 2014 the average cost could be as high as $7,000 in the new federally-funded pool because of the reduced premiums and because health costs will increase.

Under the law, premiums for the program would be limited to the amounts private insurers charge healthy people in the same market. Existing state pools charge up to 200 percent more than private insurers charge healthy members. Benefits are not specified in the law, but the program would have to cover at least 65 percent of medical costs  after premiums — and individual enrollees could not spend more than $5,950 a year out-of-pocket.

But, states will have some leeway in the new program. A pre-existing condition will be defined by state and federal officials, just like state programs do now. For instance, Minnesota’s existing high-risk pool considers AIDS and Crohn’s disease as acceptable pre-existing conditions for incoming enrollees, but not bipolar disorder. (People with that disorder or other diseases may still be eligible if they have been rejected by private insurers).

States also can decide how rich the benefits will be, so long as the plan meets the 65-percent requirement. That could mean higher deductibles and co-insurance payments for beneficiaries.

In Maryland, which already offers a number of choices to high-risk enrollees, the new pool will have a deductible of around $1,500 and premiums that range up to about $300 a month for the oldest individual participants, said Rex W. Cowdry, a doctor and the board chairman of Maryland’s high-risk pool, the Maryland Health Insurance Plan. “It will stretch our dollars somewhat further.”

Because of the design, newcomers may choose to pay higher premiums for lower-deductible, state-financed plans rather than take advantage of the federal subsidies, Cowdry said. If the subsidies were applied to all the choices Maryland offers high-risk pool participants, the federal money would quickly run out, Cowdry said. Also, setting premiums as low as the health law requires for the new pools would not be sustainable for the state’s existing plans, he said. One way to stretch the federal money that is not available to states would be to increase those premiums.

The report was produced under the direction of the Center for Studying Health System Change and its president, Paul Ginsburg.

Correction: This story has been updated to reflect that Cowdry believes the premium requirements, not the subsidies, for the new high-risk pools would not be sustainable in Maryland’s existing state-run program.