The Mental Health Parity and Addiction Equity Act of 2008 is viewed as a landmark step in improving patients’ access to mental health services. The effort was bolstered in 2010 by the Affordable Care Act. The bottom line: Individual and group insurance plans that choose to offer mental health coverage now must do so at a level equal to that of medical coverage.

But the rollout has been slow. Federal officials didn’t release final rules for employer-based plans and policies offered on the health law’s marketplaces until November 2013. And how the law will affect Medicaid managed care plans that include both medical and mental health benefits is still unclear. Proposed regulations for those plans are being finalized by federal officials and expected to be released sometime this year.

There’s a lot at stake. The regulations from the Centers for Medicare and Medicaid Services will also likely determine the extent to which the law applies to Medicaid managed care “carve-out” mental health plans that are frequently paired with separate medical insurance. In addition, experts suggest the proposed rule could, like the final regs issued for marketplace plans and employer-based coverage, do away with lifetime spending caps and other limitations that aren’t equal to those applied to medical services. 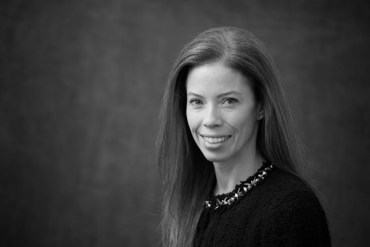 Medicaid is the largest payer of mental health services, covering 27 percent of all mental health spending in the United States, and 11 percent of people with Medicaid have a mental illness, according to the Department of Health and Human Services. Nationwide, 70 percent of Medicaid recipients are enrolled in managed care plans, which are generally designed to reduce costs through improved coordination of primary care that stops unnecessary or inappropriate services. However, these plans also often have lower provider reimbursement rates that can impact physician participation.

Emily Feinstein, the director of health law and policy at substance abuse and addiction center CASAColumbia, has been tracking the parity law’s implementation and works with states on improving mental health and substance abuse care. If mental health and addiction services are not covered at the same level as medical, she says, there is the potential for more emergency room visits and acute care services that might not happen if people with Medicaid managed care plans had access to a weekly counseling and other mental health services.

Kaiser Health News staff writer Lisa Gillespie spoke with her about some of the issues in play and her expectations.  An edited version of the conversation follows.

Q: Why is this rule going to be so important?

A: Parity offers the promise to dramatically improve patients’ access to the full range of evidence-based mental health and addiction treatments, especially for people with more complex health problems. As chronicled by 60 Minutes in the recent segment, “Denied,” claims for intensive behavioral health care services are routinely denied. … The hope is that insurance companies will start to cover mental health and addiction services for people as comprehensively as they cover care for other complex chronic diseases, like diabetes, heart disease or cancer.

Q: What’s an example of something that might change if parity was applied to Medicaid managed care?

A: A big problem right now is Medicaid excluding medications that treat opioid addiction –methadone, buprenorphine and naltrexone. Medicaid coverage for these medications is uneven and even in states that cover them, managed care plans find ways to limit access.  For example, they say you have to fail psychotherapy first before you can get buprenorphine, or that you have to fail first on a cheaper alternative before you can get to the more expensive treatment. Or they require prior authorization, so doctors can’t prescribe the drug right there.  These policies have big consequences. If people can’t get the medication they need, they are at risk of dropping out of treatment and relapsing.  For addiction, the “fail” in fail first means relapse.  And for opioid addiction, relapse can be fatal. These kinds of policies violate the federal parity rule, unless insurance companies apply the same limitations to medical treatments, and we know they don’t.  It’s really a cost containment strategy.  If the parity rule for Medicaid addresses these issues, many more people will be able to access addiction medications, and many lives can be saved.

Q: Where – meaning in what states – might enrollees feel the most impact in terms of new regulations for Medicaid managed care plans?

A: My sense is that there is huge variability among states.  Some states have identified mental health and addiction treatment as a way to improve cost savings [in their Medicaid programs] and health care outcomes, and they’re already trying to improve access to care. Other states, which for political reasons aren’t expanding Medicaid, will have less coverage for addiction and mental health, because they’re not doing everything they can provide care in the first place.

Q: Do you anticipate there will be opposition to such an effort?

A: There is resistance of course from the insurance industry, especially from managed care companies that contract with Medicaid, who are concerned that parity requirements will increase their costs. For providers [such as doctors and hospitals], there are concerns about whether the rule will be clear enough and will provide enough protection when insurance companies deny care, either because the services aren’t covered at all, coverage is limited or because the insurance company claims the services aren’t necessary. Some parts of parity, for example — not imposing higher co-payments or number of visit limitations on behavioral health care — are very clear and easy to implement. Most insurance providers are already in compliance with these requirements. The more challenging issues are “non-quantitative treatment limitations” like the process for medical necessity review [where insurers determine whether or not a service is necessary] -this is where more clarity is needed.

Q: Could access issues increase as a result of the rule? We hear a lot about shortages of mental health providers. How does this play into that discussion?

A: Ensuring that there are enough mental health and addiction treatment providers to meet patient demand will be a big challenge. Federal rules already require Medicaid managed care plans to ensure there are an adequate number of providers in their network, but states are allowed to define what adequate means. The result is huge variation.  And there is little enforcement.  One reason there aren’t enough providers in Medicaid plans is that the reimbursement rates in Medicaid are very low, and providers say they can’t afford to take many Medicaid patients.