This story also appeared on 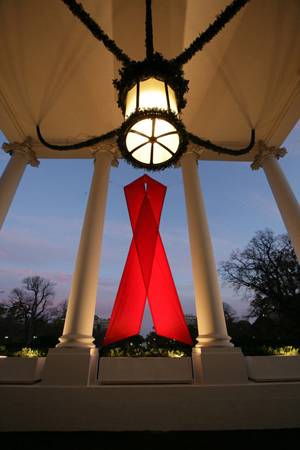 The wider use of a cheap blood test could help cut the number of new HIV infections by more than 80,000 in the United States over 20 years.

The test only costs a few dollars. But the researchers say screening everyone at least once and people more likely to get the disease, such as gay men, every year would be a cost-effective. Still, even that considerable effort would cut the expected 1.23 million new HIV infections over the next couple decades by a modest 7 percent.

The benefit would cost $27 billion, or $337,500 for each infection prevented, plus additional treatment costs. The study results appear in the latest Annals of Internal Medicine.

The study is part of a growing body of evidence that HIV advocates say should buttress national guidelines recommending that doctors screen all adults for the incurable virus. The federal Centers for Disease Control and Prevention backed that position.

But, another panel, the U.S. Preventive Services Task Force, a behind-the-scenes government panel that evaluates medical evidence and has a knack for arousing public outrage (see, mammography), hasn’t come around to that view, advising doctors only to screen ‘at-risk’ people.

And, their opinions matter: Insurers would have to pay for anything they recommend under the new health law.

The debate over how often to test for HIV is just one window into the disputes that follow government plans to inject more evidence into the practice of medicine, including the requirement that insurers pay for recommendations of the preventive services panel.

The group last reviewed evidence for broad HIV screening in 2005, and it decided after the latest CDC recommendation not to update their opinion. The panel plans to release, in a year or so, a review that would include the Annals study, an official said. If they back the suggestions outlined there, “it would be a good first start,” said Andrea Weddle, executive director of the HIV Medicine Association, an advocacy group that represents doctors and researchers.

Weddle’s group and other HIV advocates have promoted broader recommendations to the task force, according to the federal agency that houses the panel. But, it’s unclear how the group will weigh in. Dr. Ned Calonge, the panel’s departing chairman, told us over the summer that “the bar for doing something to a person who is already well needs to be really high.”

Meanwhile, some states, such as Illinois, have moved to open to the door to widespread HIV screening, said John Peller, government relations director for the AIDS Foundation of Chicago. Illinois once required special consent forms for HIV screening; now doctors can add it to their usual battery of tests so long as they allow patients to opt out, he said.

Study Fuels Debate Over Widespread HIV Testing And Its Cost