On a summer afternoon in 2009, eight Kaiser Permanente doctors met in Pasadena to review the HMO’s most prescribed drugs in Southern California. Sun blasted through the windows and the room had no air conditioning, but what unsettled the doctors most were the slides a pharmacist was presenting.

“We were doing so much work treating people with hypertension and diabetes, we thought those drugs would be on the list,” said Dr. Joel Hyatt, then Kaiser’s quality management director in Southern California.

Instead, hydrocodone, a generic opioid painkiller, led the list. OxyContin was near the top, even though the HMO didn’t subsidize it and patients had to pay for it themselves.

At the time, few if any physicians were talking about an “opioid epidemic.” But to the doctors in the room, the slides told a bleak story: Narcotics were being dispensed in numbers and doses higher than any of them had ever seen. The potential for addiction and overdoses among patients was frightening, something doctors around the country would later realize.

“People [were] getting prescriptions for a thousand pills,” said Steve Steinberg, a Kaiser family doctor who attended the meeting. “The numbers were so striking that it led us to look into it.”

Thus began an effort by Hyatt, Steinberg and a task force of others at Kaiser Permanente-Southern California to change how their colleagues practiced, and thought about, pain management. (Kaiser Health News is not affiliated with Kaiser Permanente.)

Taking advantage of the HMO’s massive health data system and its status as both insurer and health provider, the Southern California Kaiser doctors set about tapering the number of patients on high doses of narcotic painkillers. They reprogrammed computer software for doctors, developed new urine tests for patients and empowered pharmacists to question potentially excessive prescriptions. 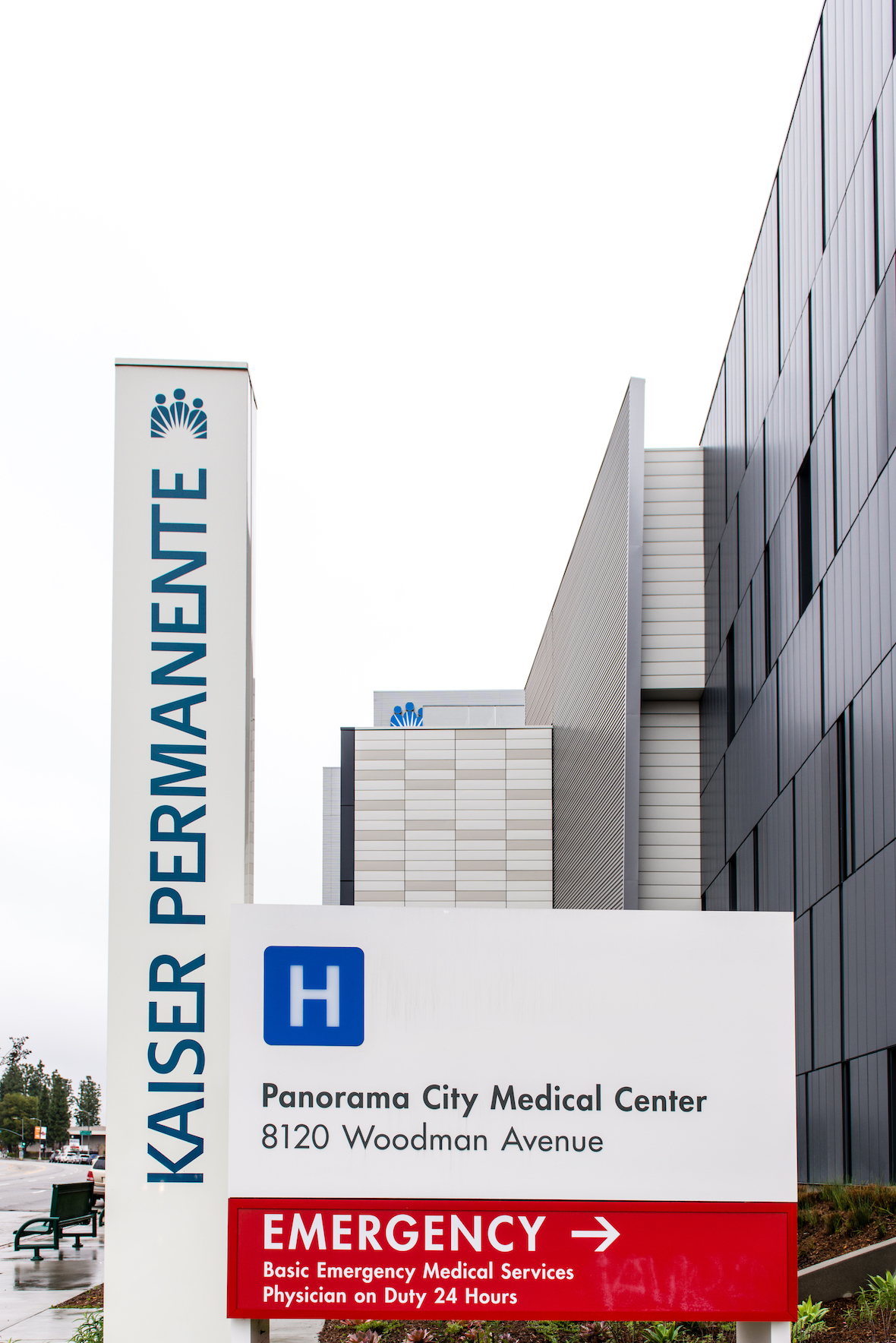 Prescriptions of opioid pills such as Vicodin and Percocet in amounts greater than 200 tablets dropped from 2,500 a month to almost zero, according to the HMO. So, too, have prescriptions that include potentially dangerous combinations of muscle relaxants, anti-anxiety medications and opioids, as well as prescriptions of brand-name opioids in general.

Kaiser patients coming out of routine surgery no longer receive 60 Vicodin, a month’s worth of pills for what are usually a few days of pain, Hyatt says. Now “you would probably be given no more than 18” pills of generic hydrocodone.

Kaiser is deploying these strategies across the organization, and the prescription of opioids has fallen by a third since March 2015, officials at Kaiser’s Oakland headquarters said.

Researchers at the federal Centers for Disease Control and Prevention in Atlanta say in an upcoming paper that Kaiser has struck a good balance between reducing prescriptions and managing patients’ pain.

But it’s not clear whether Southern California Kaiser’s approach can be adopted with success outside large HMOS. Many doctors operate in smaller clinics, under intense time pressure and without much opportunity to talk about alternative treatments. Not many have access to the kind of data Kaiser collects.

Some patients and their advocates worry about denying patients pain drugs they really need, a concern that has gained traction nationally.

“Not prescribing is as bad as over-prescribing,” said Paul Gileno, founder and president of the Connecticut-based U.S. Pain Foundation, an advocacy organization for chronic-pain patients. “We don’t want all or nothing. We want that balance.”

“They found something that worked and then they kicked me out,” said Walter, 59, of Brentwood, California. “It’s utterly ridiculous. I’m not going to sell this stuff. I need it. It’s hard enough to get it.” 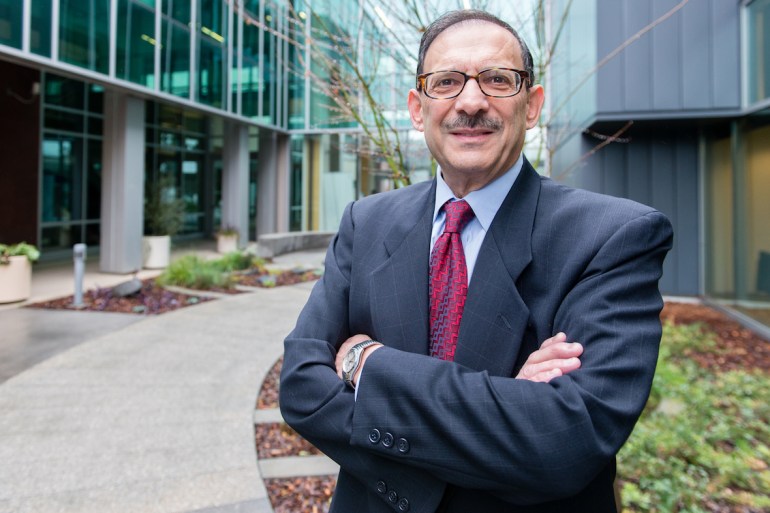 A Hard Time Saying No

After that 2009 meeting, Steinberg began to study Kaiser’s centralized patient data system. The statistics showed that doctors regularly were boosting the dosage for hundreds of patients by about 30 percent every six months, Steinberg found.

Particularly disturbing was the high number of branded opioids that Kaiser doctors prescribed — Vicodin and Percocet, especially — instead of generic hydrocodone or oxycodone. Brand-name pills are more popular on the street and more likely to end up on the black market.

Soon Steinberg, Hyatt and other physicians were talking to colleagues at the health plan’s 14 medical centers in the region, citing studies that connected over-prescribing to overdoses.

“We [used] the same type of strategy that Pharma used,” said drug use manager Denis Matsuoka, referring to the big drug companies. To promote opioid prescribing years ago, Big Pharma offered free seminar lunches, handed out pens and other knickknacks to reinforce essential messages. Kaiser did the same — to reduce prescriptions rather than boost them.

Still, physicians had a hard time saying no while face-to-face with insistent patients. So Steinberg asked Kaiser’s tech people to reprogram the computer records system for doctors to guide their decisions in the clinic.

“We’re … providing the choices to the doctors, with the ones we want them to prefer at the top: Tylenol, Motrin, physical therapy, meditation, exercise,” Hyatt said. “Down at the very bottom are opioids.”

Today, a Kaiser physician about to prescribe OxyContin will receive an alert that the drug has a high risk of abuse. A doctor about to prescribe a benzodiazepine to a patient already receiving an opiate painkiller — a dangerous combination — gets a large yellow alert on the computer screen, along with scientific articles describing the hazards of prescribing the two classes of drugs. The physician has to override the alert to go ahead with the prescription.

Meanwhile, Kaiser developed broader urine tests for opioids allowing doctors to establish verifiable agreements with patients about how much opiate medication they would take.

The simplest change was also the most difficult. It came from a pain specialist, Dr. Quan Nguyen, and it involved leveling with patients. 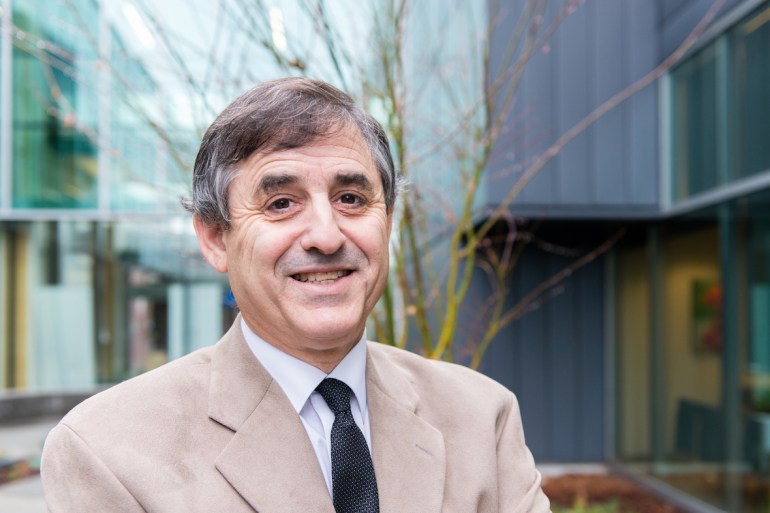 Time For The Talk

“We weren’t taught to have a conversation with patients,” Nguyen explained. So over the years, as he worked with people on high doses of narcotics who needed to taper down, he developed what he calls The Difficult Pain Conversation — and he presented his approach to many other doctors.

A 60-year-old grandmother named Maria, who asked that her last name not be used to protect her privacy, underwent the conversation three years ago. The Riverside resident was on high doses of fentanyl and hydrocodone for chronic back pain. She felt dopey, took long naps, forgot where she was at times and gained weight due to poor exercise and eating habits.

Dr. Kim Thai, a pain specialist at Kaiser Permanente, asked her to do things to help herself as he tapered her dosage, she said. “He was on my side,” Maria said. “It felt less scary.”

As the dosages dropped, Thai had her enroll in physical therapy and acupuncture; she joined a wellness program. Maria began eating better and walking up to 7,000 steps a day.

Three years later, Maria reports she no longer takes hydrocodone and is down to 25 micrograms of fentanyl every three, and sometimes up to five, days. She’s lost 34 pounds. She still has pain, but less than before, and said she’s learned to manage it better.

“I’m back to smiling,” she said. “I enjoy our grandchildren very much. I can actually go to family functions and remember what happened.”

Walter, the patient who had the motorcycle accident, had a less satisfactory experience with her doctors in Northern California. At first, she said she felt well-served by Kaiser’s pain management program. She liked having access to different therapies and specialized doctors who found a regimen that would work for her.

When Walter returned to her primary care doctor, she said, he prescribed enough to make her pain tolerable for a while — but when her pain increased, he refused to prescribe more narcotics, saying, “You don’t need it.”

She said she heard the same thing from a neurologist who was not a pain specialist. Neither doctor consulted her former pain specialist, she said. She felt she was treated like a junkie, she said, and now makes do with her original prescriptions that include methadone and muscle relaxants.

Dr. Ramana Naidu, an assistant professor of anesthesiology and pain specialist at University of California, San Francisco, agrees with the Kaiser approach overall but cautioned that weaning patients off of opioids should be done in a “slow and gradual manner” to avoid the risk of rebound pain and a withdrawal syndrome.

He said that while it’s important to discern whether patients are seeking prescriptions to abuse or sell opioids, pill counting and urine drug screens may introduce distrust into the patient-doctor relationship.

Kaiser’s Hyatt said the Kaiser approach is founded on building that trust. The biggest problem he sees is patients’ headlong rush for relief.

“Patients in America are impatient. They want a quick fix,” said Hyatt. “But I think we’ve made real progress. The more we can arm physicians and pharmacists with the right information and scripting, the more likely the right thing is going to happen.”