It’s back to the future for insurers, which plan to sharply limit the choice of doctors and hospitals in some policies marketed to consumers under the health law, starting next fall. 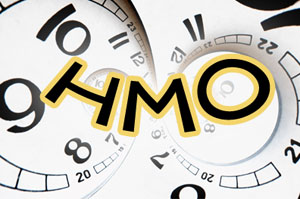 Such plans, similar to the HMOs of old, fell into disfavor with consumers in the 1980s and 1990s, when they rebelled against a lack of choice.

But limited network plans — which have begun a comeback among employers looking to slow rising premiums — are expected to play a prominent role in new online markets, called exchanges, where individuals and small businesses will shop for coverage starting Oct. 1. That trend worries consumer advocates, who fear skimpy networks could translate into inadequate care or big bills for those who develop complicated health problems.

Because such policies can offer lower premiums, insurers are betting they will appeal to some consumers, especially younger and healthier people who might see little need for more expensive policies.

Insurers, who are currently designing their plans for next fall, “will start with as tight a network control as they can,” says Ana Gupte, a managed care analyst with Sanford Bernstein.

Plans may also benefit from offering such policies because they are less attractive to those with medical problems, who can no longer be turned away beginning in January 2014.

“Plans will basically say they can minimize their risk by creating narrow networks,” says John Weis, president of Quest Analytics, an Appleton, Wis., firm that analyzes provider networks for insurers.

State or federal regulators, who must review the plans sold in the online markets, are unlikely to permit them to exclude an entire class of doctors, such as cancer or diabetes specialists.  But there might be more subtle ways to discourage consumers with medical problems.

“They might have too few oncologists, or only general oncologists,” for example, says Stephen Finan, senior director of policy with the American Cancer Society Cancer Action Network, an advocacy group in Washington.

“Narrow networks may be more than adequate 90 percent of the time,” Finan says, but are “not well-suited to deal with complicated medical conditions and chronic diseases.”

That’s because there may be few or no specialists available for certain complex conditions, so patients may have to seek care outside of the networks. If the policy doesn’t cover non-network care, they may end up footing the bill themselves. Even if policies allow for outside the network coverage, patients can incur large copays or other costs. “Your (financial) exposure could be high,” Finan says.

The federal health law requires the policies to include a standard set of essential benefits, from emergency room and hospital care to prescription drugs, but the law is less prescriptive about the size of the policies’ networks of participating doctors and hospitals.

In March, the Obama administration issued rules stating that insurers must “maintain a network of a sufficient number and type of providers, including providers that specialize in mental health and substance abuse, to assure that all services will be available without unreasonable delay.”

That fell short of the specific standards sought by some consumer advocates, but pleased other groups that say insurers should have broad discretion to shape their networks to meet regional needs.

The administration noted that “nothing in the final rule limits an exchange’s ability to establish more rigorous standards.”

Insurers contend that by limiting network size, they can offer plans with higher quality or more efficient doctors and hospitals, which might slow spending or improve care.

Networks are already part of most health plans. For doctors and hospitals, joining a network brings in business. In exchange, they agree to negotiate their prices with insurers.

Driven by consumer and employer demand for lower-cost plans, insurers are already rolling out narrow network policies that have shaved premiums 10 percent or more.  A recent survey by benefit firm Mercer found that 23 percent of large employers offered such plans this year, usually among a choice of plans, up from 14 percent in 2011.

In Massachusetts, insurer Harvard Pilgrim launched its Focus Network in April, touting 10 percent lower premiums. While it includes 50 hospitals and 16,000 physicians, it excludes some of the state’s highest-cost systems.

In California, Blue Shield has a number of SaveNet HMO plans that contract with select doctor and hospital groups, creating networks averaging a little more than half the size of its standard ones. Next year, for example, one serving Marin and Sonoma counties will offer a network of about 100 primary care doctors and 325 specialists.

Still, narrow network plans are a hard sell to employers, particularly the large ones, which don’t want to hear gripes from workers about limited choice of doctors simply to save 10 percent on premium costs.

But small businesses and individuals buying their own coverage in the online markets might regard that tradeoff differently.  “If my doctor is in the [narrow] network and cheaper, it might work,” says Wall Street analyst Carl McDonald at Citi Research, a division of Citigroup Global Markets.

To stand out from competitors, some plans may choose to offer the lowest possible rates, and would “narrow their networks” to do so, says Chet Burrell, CEO of insurer CareFirst in Maryland.  He acknowledged that narrow networks could be “a subtle but powerful way” to discourage less-than-healthy applicants. “The question will be what degree of tolerance will a state have to permit narrow networks?”

State rules on what makes an adequate insurance network vary.  Some states, including California, specify that specialists must be available within a certain driving time or distance. Others simply say insurers must have sufficient numbers of providers.  Some states don’t have any requirements.

“State rules are very, very loose,” says Weis at Quest, who says states should consider adopting the rules that now apply to Medicare Advantage, the private market alternative to Medicare.  In that program, the federal government requires networks to include primary care physicians and more than 25 types of specialists, and sets county-level requirements on both the minimum number of doctors required in each category and how far patients might have to travel to see one.

Even though state rules vary, regulators say plans that are too skimpy will be called out by regulators, consumers or both.

“We will look very closely at how plans put their packages together,” says Sandy Praeger, the elected insurance commissioner in Kansas.

“If you have a crummy network, no one will buy the plan,” says consultant Robert Laszewski, a former insurance executive, adding the law also includes programs that financially reward insurers that get a large share of sicker patients and penalize those that get a healthier and more profitable bunch.

Many policies that currently offer a limited network of doctors and hospitals generally allow patients to go to out-of-network providers, with whom they do not have negotiated prices. But patients who seek such care face significant co-payments, which often start at 30 percent of the bill and can go as high as 50 percent.

It is often hard for consumers to figure out how much they might be charged if they go out of network, says Lynn Quincy, senior policy analyst at Consumers Union, publisher of Consumer Reports magazine.  In addition to meeting separate annual deductibles for out-of-network care, patients can be “balance-billed” by doctors or hospitals for the difference between what the insurer pays them and their total charges.

That doesn’t change under the federal health law, so consumers could be left on the hook for tens of thousands of dollars.

“There’s no escaping that we’re going to see” insurance policies that include networks both wide and narrow, says Quincy. “That can be OK if there are much better tools to reveal to consumers how adequate those networks are and how much it might cost to go outside of them.”