The Supreme Court’s decision last week that some for-profit corporations don’t have to comply with the contraceptive coverage mandate under the Affordable Care Act may have raised more questions than it answered. Expect confusion – and arguments – as lower court judges and the Supreme Court itself apply the decision to other cases.

This became apparent soon after the Hobby Lobby ruling when the court granted a temporary injunction to Wheaton College, a Christian school in Illinois. The college argued in a lawsuit that the special provisions provided by the Obama administration allowing it to escape the mandate are still insufficient. 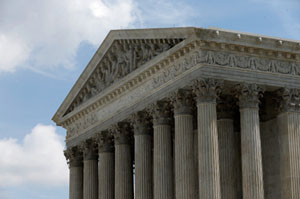 But the order for the college, citing the Hobby Lobby ruling earlier in the week, created some confusion over whether Wheaton employees would still get access to contraceptives under the law. And the order provoked a blistering dissent from Justice Sonia Sotomayor, joined by the court’s two other female members, Justices Ruth Bader Ginsburg and Elena Kagan. They argued that the majority was already breaking with the precedent it established only days earlier.

Here are some of the questions raised by the Hobby Lobby case and the remaining cases also challenging the contraceptive coverage mandate.

What is the contraceptive mandate?

As part of the Affordable Care Act, most health insurance plans are required to cover, with no cost-sharing beyond premiums, a wide array of preventive health benefits. For women, that includes all contraceptives approved by the Food and Drug Administration, as well as sterilization procedures and patient education and counseling.

The mandate does not include coverage of RU-486 (mifepristone), the drug used for medical abortions after a pregnancy has been established. But it does require coverage of emergency contraceptives and intrauterine devices, which some believe can prevent the implantation of a fertilized egg. (Newer research suggests that is probably not the case, by the way.)

Who has sued to try to block the mandate?

There have been two separate sets of court cases challenging the contraceptive coverage requirements.

The first set comes from for-profit corporations that, under the law and accompanying federal regulations, are required to provide the benefits as part of their insurance plans. According to the National Women’s Law Center, there have been 50 cases filed by for-profit firms, while the Becket Fund for Religious Justice, which is representing many of those suing, counts 49. Most of those companies charged that the requirement to provide some or all of the contraceptives in question violated their rights under a 1993 federal law, the Religious Freedom Restoration Act (RFRA.)

The cases filed by Hobby Lobby, a nationwide arts-and-crafts chain, and Conestoga Wood Specialties, a Pennsylvania cabinet-making firm, were the first of those to reach the Supreme Court for a full hearing.

The Obama administration, under regulations issued by the Department of Health and Human Services in 2013, is not requiring those organizations to directly “contract, arrange, pay for, or refer” employees to contraceptive coverage. But the organizations say the process by which they can opt out of providing the coverage, which involves filling out a form and sending it to their insurance company or third-party administrator, still violates their religious beliefs by making them “complicit” in providing something they consider sinful.

What did the Supreme Court rule in the Hobby Lobby case?

The majority opinion written by Justice Samuel Alito said that “closely held corporations,” including those like Hobby Lobby and Conestoga Wood Specialties, can exercise religious rights under RFRA. Further, because the Obama administration was requiring those firms to directly provide the coverage, rather than offer them the same accommodation it was offering religious nonprofit groups, the requirement was not “the least restrictive means” of ensuring that women can get contraception and thus a violation of the law.

In making the case for Hobby Lobby and Conestoga Wood, Justice Alito went out of his way to praise the accommodation for religious nonprofits, saying it “does not impinge on the plaintiffs’ religious beliefs that providing insurance coverage for the contraceptives at issue here violates their religion and it still serves HHS’ stated interests.”

What impact has the Hobby Lobby decision had on pending nonprofit cases?

A fairly substantial one. Later that same day the Hobby Lobby decision was handed down, a federal appeals court in Atlanta cited it in issuing an injunction against enforcing the mandate against the Eternal Word Television Network.

But the real fireworks erupted on July 3, when the Supreme Court granted its own injunction in the case filed by Wheaton College.

The unsigned order required the college to write to the Secretary of Health and Human Services, stating “that it is a nonprofit organization that holds itself out as religious and has religious objections to providing coverage for contraceptive services.” The order specifically said the college “need not use the form prescribed by the government, EBSA Form 700, and need not send copies to health insurance issuers or third party administrators.”

“Those who are bound by our decisions usually believe they can take us at our word. Not so today,” Sotomayor wrote. “After expressly relying on the availability of the religious nonprofit accommodation to hold that that the contraceptive coverage requirement violates RFRA as applies to closely-held for-profit corporations, the court now, as the dissent in Hobby Lobby feared it might…retreats from that position.”

The court made clear that in granting Wheaton College its injunction (as it did earlier this year in a case filed by the Denver-based Little Sisters of the Poor), it was not prejudging the case. “This order should not be viewed as an expression of the Court’s views on the merits,” it said.

But what is less clear is whether people covered by the health plans of those nonprofit organizations that are still in litigation will have access to no-copay contraceptive coverage.

The Supreme Court majority appears to think they can be covered. “Nothing in this interim order affects the ability of the applicant’s employees and students to obtain, without cost, the full range of FDA approved contraceptives,” the order said. “The government contends the applicant’s health issuer and third-party administrator are required by federal law to provide full contraceptive coverage regardless whether the applicant completes EBSA Form 700.”

The Obama administration, however, seems not so sure that will happen. “An injunction pending appeal would deprive hundreds of employees and students and their dependents of coverage for these important services,” the Justice Department wrote in its memorandum to the court.

One thing that is clear: Many more of these cases are yet to be decided by many more courts.