EL CENTRO, Calif. — Seated at a kitchen table in a cramped apartment, Rosendo Gil asked the young parents sitting across from him what they should do if their daughter caught a cold.

Blas Lopez, 29, and his fiancée, Lluvia Padilla, 28, quickly answered: Check her temperature and call the doctor if she has a fever they can’t control.

“I’m very proud of both of you knowing what to do,” Gil said, as 3-year-old Leilanie Lopez played with a pretend kitchen nearby.

Gil, a family support worker with the Imperial County Home Visiting Program, has visited the family dozens of times since Leilanie’s birth. Each time, Gil teaches them a little more about child development and helps them cope with the stresses of work, school, relationships and parenting.

Home visiting organizations operated under the radar for decades, until the Affordable Care Act created a nationwide program in 2010 to support them. The federal Maternal, Infant and Early Childhood Home Visiting program awards $400 million in annual grants for services to new families with young children or couples who are expecting.

Nationwide, the federal home visiting program provided guidance to 160,000 parents and children in 2016, according to the Health Resources & Services Administration.

Funding for the program is set to expire at the end of September unless Congress acts to reauthorize it. With the deadline looming, advocates and providers are urging federal lawmakers to reauthorize it for five more years at double the current amount. Two bills are pending in the House to continue federal funding of home visits, one of which would eventually double the money earmarked for them.

“Expiration is just not an option,” said Diedra Henry-Spires, chief executive officer of the nonprofit advocacy organization Dalton Daley Group and co-leader of a nationwide coalition of home visiting organizations. “Too many families are relying on these services across the country.”

Organizations that provide home visits worry some programs may have to reduce the number of families they serve and others may have to close altogether if the funding is not renewed in time.

“As we get down to the wire … we become more fearful about it not being reauthorized,” said Andre Eaton, the New York state director of the Parent-Child Home Program. “We only have a certain amount of time to get this done.”

California’s Home Visiting Program serves about 2,300 vulnerable families each year. The $19.4 million budget comes from the federal home visiting program, but the need exceeds the resources provided, according to the state Department of Public Health. First 5 California, which funds programs for young children and their families, pays for additional home visiting programs throughout the state.

“These kids are going to be very costly if we can’t get to them early,” said Darcy Lowell, chief executive officer of Child First, a Connecticut-based home visiting program that targets the most vulnerable families. “Home visiting is a preventive strategy. The place we are really going to see the effects is longer-term.”

Chicago-based Healthy Families America sends social workers, nurses and others into homes in 35 states to promote constructive parent-child relationships and to support mothers and fathers as they go back to school or search for jobs.

Its national director, Cydney Wessel, said many participants want to avoid the mistakes their own parents made, and strive to raise their children in homes without violence or substance abuse. “Under stressful situations, parents often revert to how they were parented” if they don’t have somebody to help guide them along a different path, Wessel said.

Lopez and Padilla, for example, were determined to discipline Leilanie without spanking her. “I don’t want to follow that same pattern,” Padilla said.

The couple said that over the past three years, Gil has taught them much about babies — including that holding them a lot doesn’t make them clingy. Gil recently brought Leilanie a book, “Mommy’s Best Kisses,” and he reiterated the importance of reading to her every day. 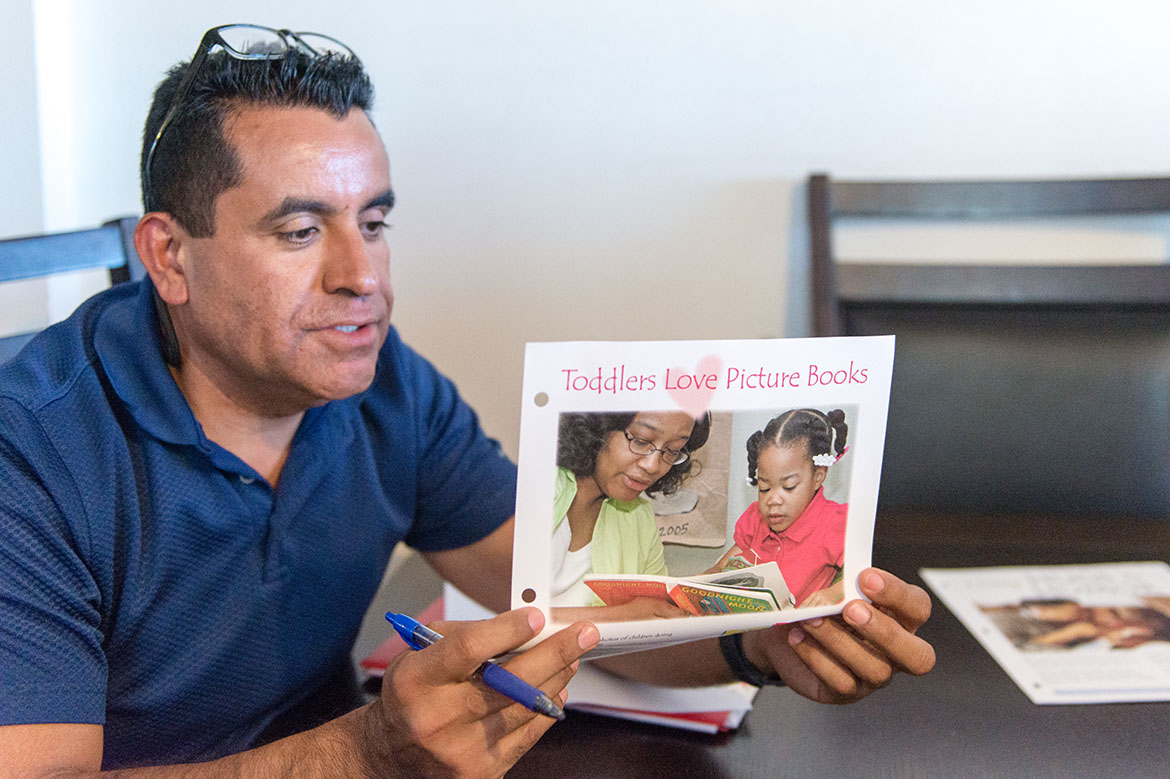 “He’s like a friend,” said Lopez, a former migrant worker who is trying to get his high school diploma. “We have counted on him.”

Gil has also helped the couple live on their own and communicate better with each other, Lopez said. He helped them find services when Leilanie’s speech was delayed and he encouraged Lopez, who has Crohn’s disease, to take his medicine.

Gil said it is crucial to gain the trust of his clients, which he sometimes does by telling them about his own alcoholic father or the challenges he faced raising his daughters. “It opens the door,” said Gil, who was a nurse in his native Mexico. Over time, Gil said, he sees the changes: parents keeping their children’s immunizations up-to-date, praising their kids or seeking care for their mental health.

Lopez and Padilla are among the roughly 100 families served by Imperial County’s Healthy Families home visiting program, which draws its entire annual budget of $630,000 from the federal government.

In Butte County, in Northern California, home visits are critical: The area is rural and women lack easy access to medical and social services, said Diana Sanchez, program manager of Butte Baby Steps. Her program, part of Healthy Families America, works with at-risk moms 29 and younger who are either pregnant or have had a baby within the past three months.

More than 80 families depend on the federal funding for Butte Baby Steps, and Sanchez said she isn’t confident Congress will renew it. “At this point in time, I don’t feel secure or stable at all,” she said.

Heather Julander, a home visitor for Butte Baby Steps, said many of the women she sees are facing major challenges, including homelessness, unemployment and mental health problems. 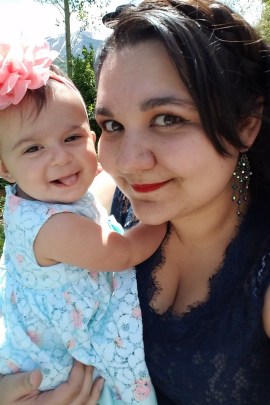 She helps women get the social services they need and gives them information about breastfeeding, swaddling and coping with screaming infants. “If they don’t have basic knowledge … they are just floundering,” Julander said. “It can be very dangerous for their babies.”

Julander said she also plays with the families so the moms can forget about “those huge life stressors, even if just for 30 minutes each day.”

One of her clients, 22-year-old Jordan Lenhardt, said she struggles with depression and has a rocky relationship with the baby’s father. Lenhardt said she was scared she wouldn’t be a good enough mom and wouldn’t have enough money to support her daughter, Harley Carter-Lenhardt, who is now 9 months old. She said Julander has made her a more confident and calm parent.

“I am always doubting myself,” said Lenhardt, who lives in Chico, Calif. “Heather is always there to say, ‘You can do it.’ She is that reassuring voice that makes things a little less stressful.”