Dying patients in nursing homes are an increasingly lucrative market for hospice companies, which have expanded rapidly into these facilities, according to a new federal audit. 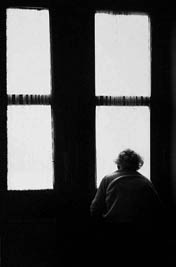 About 58 percent of the higher Medicare spending was due to increased enrollment. But much of the spending also was caused by nursing home patients’ length of hospice stay, which is three weeks longer than that of patients overall, such as those who receive services at home. The report found hospices with more than two-thirds of their patients in nursing homes earned on average $21,306 per patient, which was $3,182 more than the overall average cost per hospice patient.

Nursing home hospice patients tended to need less medical care than the average hospice patient, the report found. That allowed that the hospices to spend less of their Medicare payments on care.

Jodi Nudelman, who heads the inspector general’s New York office, says that hospices provide on average just four services per week for Medicare beneficiaries in nursing homes.  “And many of these services were similar to the services that nursing facilities already are being paid for,” she said in a podcast accompanying the release of the report — the first time the usually tight-lipped IG’s office has adopted this media technology.

The report adds to the increasing documentation that the growing cost of Medicare’s hospice benefit is being driven by more than just concern for patients. Kaiser Health News’s story published with the New York Times last month examined many concerns raised in whistleblower lawsuits and by government oversight groups such as the Medicare Payment Advisory Commission.

In a written response released with the audit, the Centers for Medicare & Medicaid Services said it is moving to reduce its payment levels for nursing home-based hospice patients, as the IG has recommended.

The audit said it had counted 263 hospice companies where at least two-thirds of patients were in nursing homes. Most were for-profit companies. Many were located in four states: Iowa, Massachusetts, Ohio, and Pennsylvania, the report found, but it didn’t release the names of individual hospices.

The IG’s investigation is continuing to examine the business relationships hospice companies form with nursing homes.