Analysts who fear health spending is accelerating got plenty of evidence in Wall Street’s second-quarter results to support their thesis. But so did folks who hope spending is still under control.

Now everybody’s trying to sort out the mixed message.

The answer matters because deficit debates and affordability concerns revolve around forecasts that health spending will speed up as the economy revives. If it doesn’t, the future looks better for consumers, employers and taxpayers.

To hear hospitals tell it — based on earning reports issued over the last two weeks — we might be heading back toward the painful, 8 percent spending increases of the early 2000s. (National health spending rose only 3.7 percent in 2012, the most recent year for complete results.) 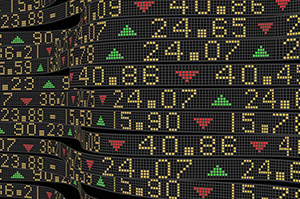 Thanks to expanded coverage from the Affordable Care Act that began in January, “we have seen higher utilization rates than maybe we originally anticipated,” William Rutherford, chief financial officer at the hospital chain HCA Holdings, told stock analysts last week.

HCA’s admissions rose after declining in the previous two quarters. Revenue increased 5 percent, and the company raised its profit forecast.

So the insurance companies who pay for all this must be getting killed, right? Not exactly.

Part of the apparent contradiction is that health plans focus on per capita, not total costs, says Ana Gupte, who follows insurers for Leerink Partners, an investment house. “Moderate” expense increases for an insurer means moderate per member — even if thanks to the ACA insurers have many more members than they did a year ago.

That new membership is why hospitals “are getting new patients from Obamacare, and they’re getting it in spades,” Gupte said in an interview.

But somebody is paying for the expanded coverage: federal taxpayers, through subsidies for private insurance bought online and direct payments for expansion of the Medicaid program for low-income consumers.

To a smaller extent, employers are also probably getting billed for hospitals’ revenue gains, as economic improvement means more people have jobs and employer-sponsored coverage.

Does this mean national health spending is off to the races? Not necessarily.

Part of the second quarter’s volume surge looks like pent-up demand from the previously uninsured, analysts say. That may not last.

And not all the billions spent on Medicaid expansion and insurance subsidies are net new money to the system. The ACA partly compensates for those additional dollars by cutting federal support for hospitals to care for the poor and seniors.

Even so, health spending in the second quarter looks a lot stronger than it did over the winter, when bad storms helped shrink the whole economy.

One after another in recent days, insurers reported higher ratios of medical expenditures to second-quarter premiums even as they reassured investors about cost trends.

In a note to clients he writes: “It’s hard to correlate plan comments on slowing [cost] trend with the recent commentary from some providers that underlying volumes are rising for the first time in years.”