The nation’s hospitals are making little headway in reducing the frequency at which patients are readmitted despite a campaign by the government and the threat of financial penalties, according to Medicare data released Thursday. 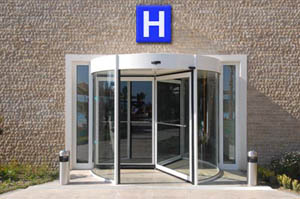 The government and health policy experts consider frequent readmissions a sign of the shortcomings of the nation’s health care system, with one in five Medicare patients returning to the hospital within a month of discharge. Medicare in October will begin to penalize hospitals with higher than expected readmission rates as required by the 2010 federal health law.

“We’ve put all of this policy effort into this area, and yet we’re seeing no movement,” said Ashish Jha, a professor at the Harvard School of Public Health. “Either we have no idea how to really improve readmissions, or most of the readmissions are not preventable and the efforts being put on it are not useful.”

Many hospitals have been experimenting with new approaches to ensure that patients who leave the hospitals get follow-up checkups, medications and doctors’ appointments to keep them from coming back. But the industry and some health policy experts have been critical of the government’s effort, saying that Medicare isn’t giving any consideration to the fact that some patients are intentionally readmitted or return to the hospital for reasons unrelated to their original admission.

There’s also disagreement about whether hospitals that serve many African-American and impoverished patients will be at a particular disadvantage; some studies have found those patients are more likely to end up returning.

Medicare calculates readmission rates over three years. The most recent rates are based on readmissions spanning July 2008 through the end of June 2011. The Medicare data published Thursday on its Hospital Compare website showed that 19.7 percent of heart attack patients were readmitted within 30 days of discharge, a drop of only 0.1 percentage point from the previous year’s figures, which were based on the years 2007 through 2010. The data show that 24.7 percent of heart failure patients were readmitted, also a 0.1 point decrease. Pneumonia readmissions actually increased by 0.1 percentage points, to 18.5 percent of all Medicare pneumonia patients.

Nancy Foster, a vice president at the American Hospital Association, said that the new readmission figures downplay improvements hospitals made in 2011, since they also include two years of earlier readmissions. In addition, she said in an e-mail, “We are seeing precipitous drops in admissions for all three of these conditions, and we suspect it is because the patients who are relatively well are being better managed in the ambulatory setting.” The sicker patients, she said are admitted and are more likely to end up back in the hospital.

Medicare officials said they expect their efforts will bring positive results. “The improvements we have made over the past year will lead to better care and lower costs for patients,” said Brian Cook, a spokesman for the Centers for Medicare & Medicaid Services.

Besides the penalties, the Obama administration is ramping up other efforts to reduce readmissions. It is giving out $500 million to help hospitals and other health care providers improve the transitions of patients out of the hospital. And the administration has approved 154 “accountable care organizations,” which are  collaborations of hospitals, doctors and other health care providers that receive financial incentives for preventing costly episodes such as readmissions.

“The real question is how much control does a hospital have,” said Dan Mendelson, chief executive of Avalere Health, a Washington consulting firm that advises the health care industry. “The readmission penalty is not large enough to really get their attention,” he added, because hospitals get paid more for treating patients that come back, so they actually have a financial incentive to want more frequent readmissions.

“The easy reductions in readmissions have been had,” Mendelson said.