Hospitals have come out swinging against payment cuts to their industry included in the House Republican plan to stop a scheduled Medicare physician payment cut next January. And the House GOP is swinging right back. 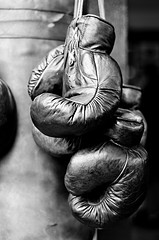 As the House edges toward a vote Tuesday on legislation that would give physicians a two-year reprieve from a scheduled 27 percent payment cut next January, the House Republican Conference released several documents Monday detailing why they included hospital payment cuts as part of its plan to finance the “doc fix.”

Hospitals would finance about $17 billion of the $38 billion price tag and are none too happy about it. The cuts would include lower Medicare payments for the patient share of bills that providers – including hospitals and nursing homes — aren’t able or are unwilling to collect, starting in 2013, and reduced Medicaid disproportionate share payments beginning in fiscal 2021. Hospitals are also steamed about the potential for lower payments for evaluation and management office visit services.

“These potential cuts would be devastating to hospitals and the patients and communities they care for, especially at a time when hospitals are already absorbing cuts as a result of state reductions and recent legislative and regulatory changes, including the recently enacted 2 percent cut under sequestration,” American Hospital Association President and CEO Rich Umbdenstock said Dec. 9.

Documents prepared by the House Ways and Means majority staff and circulated by the House Republican Conference take issue with those claims. Quoting the Health and Human Services Office of Inspector General, the documents say that because Medicare would pay most of the patient “bad debts,” there was little incentive for hospitals to collect unpaid deductibles and coinsurance. They also note that Medicare now pays more for evaluation and management services performed in hospital outpatient departments than it does for the same services performed in physicians’ offices.

In a separate statement, House Ways and Means Republicans noted late Monday that the hospital provisions would reduce Medicare spending by 0.5 percent over the next decade — “hardly a ‘major reduction.’” The release also notes that hospitals agreed to $155 billion in hospital Medicare cuts included in the health care law. Hospital groups have said they backed the cuts as part of the law’s larger goal to provide health coverage to millions of uninsured Americans.

In documents sent to the Hill Tuesday, the AHA said its members do make a reasonable effort to collect unpaid deductibles and coinsurance, but add that many Medicare beneficiaries have modest incomes, which make those payments difficult. In 2006, the AHA notes, almost two-thirds of Medicare beneficiaries had incomes of less than $30,000. The AHA also says that hospitals should be paid more for outpatient evaluation and management services because hospitals have higher operating costs — for example they run emergency departments — and higher regulatory costs.

While the House bill, which includes an extension of the current Social Security payroll tax cut, is expected to pass that chamber, analysts say it is dead on arrival in the Senate, because Democrats there will oppose several provisions, including one that would speed construction of the Keystone XL pipeline.  Democrats will also oppose other provisions, including the House bill’s cuts to the health law’s prevention fund and its plan to have higher-income Medicare beneficiaries pay more for their coverage.