The scene is shadowy, and the background music foreboding. On the TV screen, a stream of beleaguered humans stand in an unending line.

“If you’re waiting patiently for a liver transplant, it could cost you your life,” warns the narrator.

One man pulls another out of the queue, signaling an escape. Both smile.

Is this a dystopian video game? Gritty drama? Neither. It is a commercial for the living-donor liver transplant center at the University of Pittsburgh Medical Center, an academic hospital embroiled in a high-profile battle with the region’s dominant health plan and now making a play to a national audience.

Hospitals are using TV spots like this one to attract lucrative patients into their hospitals as health care costs and industry competition escalate. Some institutions use them to build national and international brands on niche but high-priced health services. They’re often procedures involving expensive technology that benefit only a sliver of the population. But they could lure wealthy patients seeking high-end care and can also give hospitals some leverage with insurers.

“Hospitals are competing, just like any other business,” said Mark Fratrik, an economist at BIA Advisory Services, a media consulting firm.

UPMC’s ad has been airing nationally this year during cable news shows. Advertising research company iSpot.tv estimates the campaign’s cost at more than $3 million since it first aired in early September. The commercial is aimed at the estimated 14,000 people on the United States liver transplant list, hospital officials said.

But some analysts worry that these hospital advertisements are incomplete or misleading.

“We have choices about where we seek medical care,” said Dr. Yael Schenker, an associate professor of medicine at the University of Pittsburgh, who has researched hospital advertising but was not involved with the liver transplant ad. “We want to spend our money wisely, and need information about the quality and cost of health care services. Health care advertising — which purports to offer that information and fill that need for consumers — really doesn’t.”

The UPMC ad is just one flavor. New York City’s Hospital for Special Surgery, an orthopedic hospital, launched its own national campaign this year — a minute-long spot featuring jaunty electronic music and people of all ages dancing, jogging and doing yoga and gymnastics. “How you move,” the text asserts, “is why we’re here.”

John Englehart, the hospital’s chief marketing officer, said the campaign is meant to introduce potential patients to HSS from around the country, but he said it should be viewed with other informational materials, such as independent rankings. He wouldn’t comment on how much the hospital has spent on its ad, though iSpot places its value at about $325,000.

A nationally broadcast ad for Yale New Haven Hospital, in Connecticut, shows a cancer survivor at a bicycle race telling viewers the hospital “did give me my life back.” That spot had a far shorter campaign life, and iSpot estimates its value around $11,000. The hospital did not provide comment, despite multiple requests. 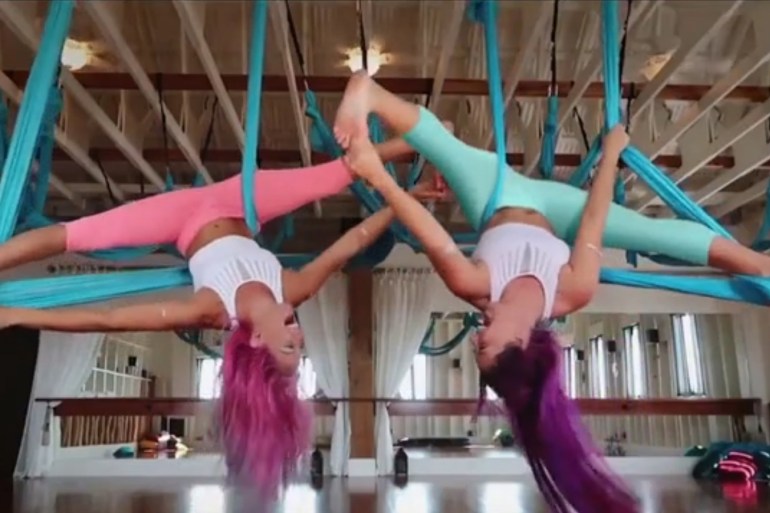 Screengrab from the Hospital for Special Surgery commercial(iSpot.tv screengrab) 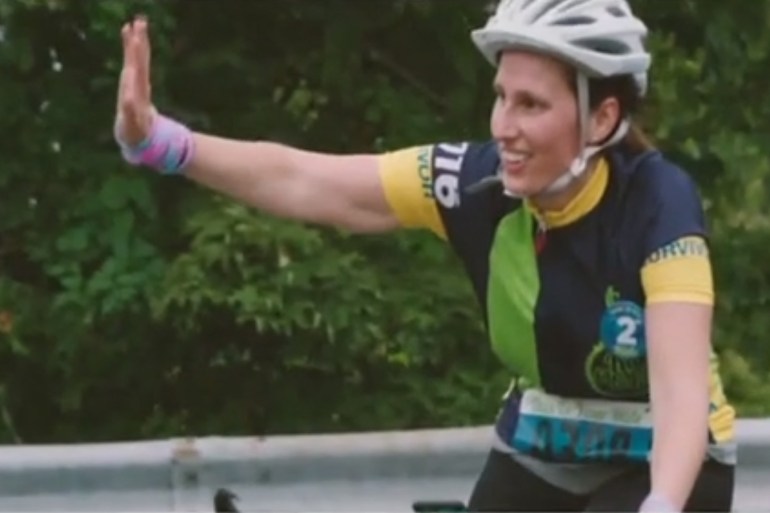 Until now, hospital-to-patient marketing has stayed out of the spotlight, as politicians are focused on high drug costs and warn they will crack down on advertising by the pharmaceutical industry. (Pharma ads make up the bulk of paid health care marketing, though hospitals constitute the majority of health care spending.)

Unlike prescription drugs, whose commercials require special approval from the federal Food and Drug Administration, ads for hospitals and health systems are regulated by the Federal Trade Commission, which oversees the marketing of consumer goods.

Or as Schenker put it, “We’re treating them the same way we treat ads for cars and cereal.” But when it comes to health care versus other commodities, “it’s not as easy to figure out if we’ve made a good choice,” she said.

Direct marketing from hospitals and health care centers is by no means a new phenomenon. Billboards and TV ads for spinal surgery and cancer treatments date back years.

But “there’s more money in hospitals’ coffers these days to [market services] more. And why not?” said Robert Berenson, a health care expert at the Urban Institute, a think tank in Washington, D.C.

It caters to patients from around the country and even abroad who are often wealthier, or out-of-network, or covered by higher-paying private insurance, noted Paul Ginsburg, a health economist at the University of Southern California. All are more profitable audiences. (UPMC said it has provided live transplants to patients of all stripes, including those covered by Medicaid, which insures low-income people and pays hospitals less.)

Gerard Anderson, a Johns Hopkins health policy professor and expert on health care pricing, said the ad also can communicate to local consumers that, if they sign up with UPMC — as opposed to a competing hospital — they’re more likely to get better care.

“You’re differentiating yourself from everyone else by saying, ‘I can do this very sophisticated thing that no one else can do. Therefore, sign up with me,’” Anderson said.

Or as Berenson put it: “There are not that many people with liver transplants. There’s some halo effect. They’re trying to get people to recognize the name and go for other services.”

But there is no evidence to suggest that excelling in one particular, complex procedure tracks with providing good care overall.

UPMC casts its campaign as an outreach effort meant to inform people who need liver transplants of a potentially lifesaving option. It is not meant to imply anything further, hospital representatives said. “This is truly an awareness educational campaign,” said Dean Walters, UPMC’s chief marketing officer. He said 14,000 people in the United States need a liver transplant, and that number grows every year. “This is about making sure consumers are aware of this option.”

Walters would not disclose how much UPMC has spent on this particular campaign, though he acknowledged the hospital has made a “financial commitment” to promoting this service. According to Kantar, the marketing firm, UPMC spent more than $4 million on advertising in the first six months of 2018.

Englehart said HSS’ ad is meant to dispel any illusion that the hospital is catering to wealthy patients only — though he also said their campaign is meant to enhance HSS’ reputation both nationally and internationally.

Many health economists suggested the payoff can extend well beyond tapping into the market of potential American or foreign patients. A campaign like this one helps hospitals gain negotiating power in their ongoing struggle with insurers over reimbursement rates.

A hospital that successfully brands itself as excellent or prestigious — even in one procedure or specialty — can leverage that identity when bargaining with insurers.

“They want Hospital A in their network even more, which means Hospital A can extract more from insurers — mainly in the form of higher prices,” said Martin Gaynor, a health care economist at Carnegie Mellon University and former head of the FTC’s Bureau of Economics.

Getting To The Heart Of Presidential Fitness: How Much Do We Need To Know?