After some doctors at University of Utah Health Care noticed scathing online reviews about themselves in 2012, the hospital system decided the best way to respond was by posting its patients’ ratings of physicians on the hospital’s own website.

The hospital was already randomly surveying patients about their experiences with physicians. 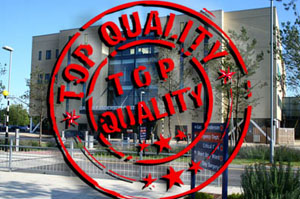 Even though every University of Utah Health Care doctor scored a four- or five-star rating out of a maximum of five stars, Gresh notes that not all the published comments left by patients on the website are glowing.

While that was the first hospital system to start posting individual doctors ratings, others are contemplating the move, said Dr. James Merlino, chief experience officer, at the Cleveland Clinic. “This is clearly a trend that is coming,” he said, adding that his own institution is looking into it.

Many hospitals have surveyed patients about doctors for decades, but the data was usually only used internally. In the past few years, some hospitals including the Cleveland Clinic, have started showing doctors how they compared to each other on the ratings. “Doctors are highly competitive and no one wants to be on the bottom of the list,” Merlino said.

Online ratings of physicians haven’t caught on as much as ratings of books and movies, but medical information sites, such as Healthgrades and Vitals, and broader consumer sites including Yelp and Consumer Reports offer physician reviews. Some score doctors based on patient surveys, and some allow patients to post comments. A research letter in the Journal of the American Medical Association found that one in four patients consulted them when picking a primary care doctor in 2012.

Integris Health, Oklahoma’s largest hospital system, plans to start posting consumer satisfaction scores for 70 of its physicians by the end of April.

“Our No. 1 reason for doing this is we wanted to be transparent with our patients,” said Gary Brown, Integris’ manager of service excellence. “We want our patients to have as much knowledge as they can about our physicians.”

Of course, patient satisfaction data should just be one tool patients consider when choosing a doctor, the hospitals say.

To make sure the doctor ratings are more than just a “marketing gimmick,” Merlino said hospitals should also publish the surveys of patients which they are required to provide to Medicare. Medicare posts that information on its Hospital Compare website. However, that data do not include information on individual physicians.

Paul Clark, a Nashville-based health care consultant, said patient ratings may give some insight into whether the physician was considerate and communicated well, but they don’t evaluate a physician’s clinical competence.

Clark expects more health systems that primarily use employed doctors to follow the trend, but not those that that depend on independent physicians. “Most hospitals fear this would harm their relationship with the physician,” he said.

Hospitals Get Into Doctor Rating Business