When Laura Kiker rented a new apartment in September a few blocks from the U.S. Capitol in Washington, she knew she was moving into a historical neighborhood.

She had no idea, though, that her new home at 700 Constitution Ave. Northeast was a former hospital dating back nearly a century.

Today, she loves living in what used to be a patient room, in a four-story building with wide hallways, high ceilings and restored post-World War II-style architecture. A spacious rooftop deck, yoga studio and indoor dog wash are added bonuses for Kiker, and her dog, Stella. “There is so much history in this town, it’s nice to live in a place that has its own,” said Kiker, 30, a management consultant.

Across the country, hospitals that have shut their doors are coming back to life in various ways: as affordable senior housing, as historical hotels and as condos, including some costing tens of millions in the heart of New York’s Greenwich Village. 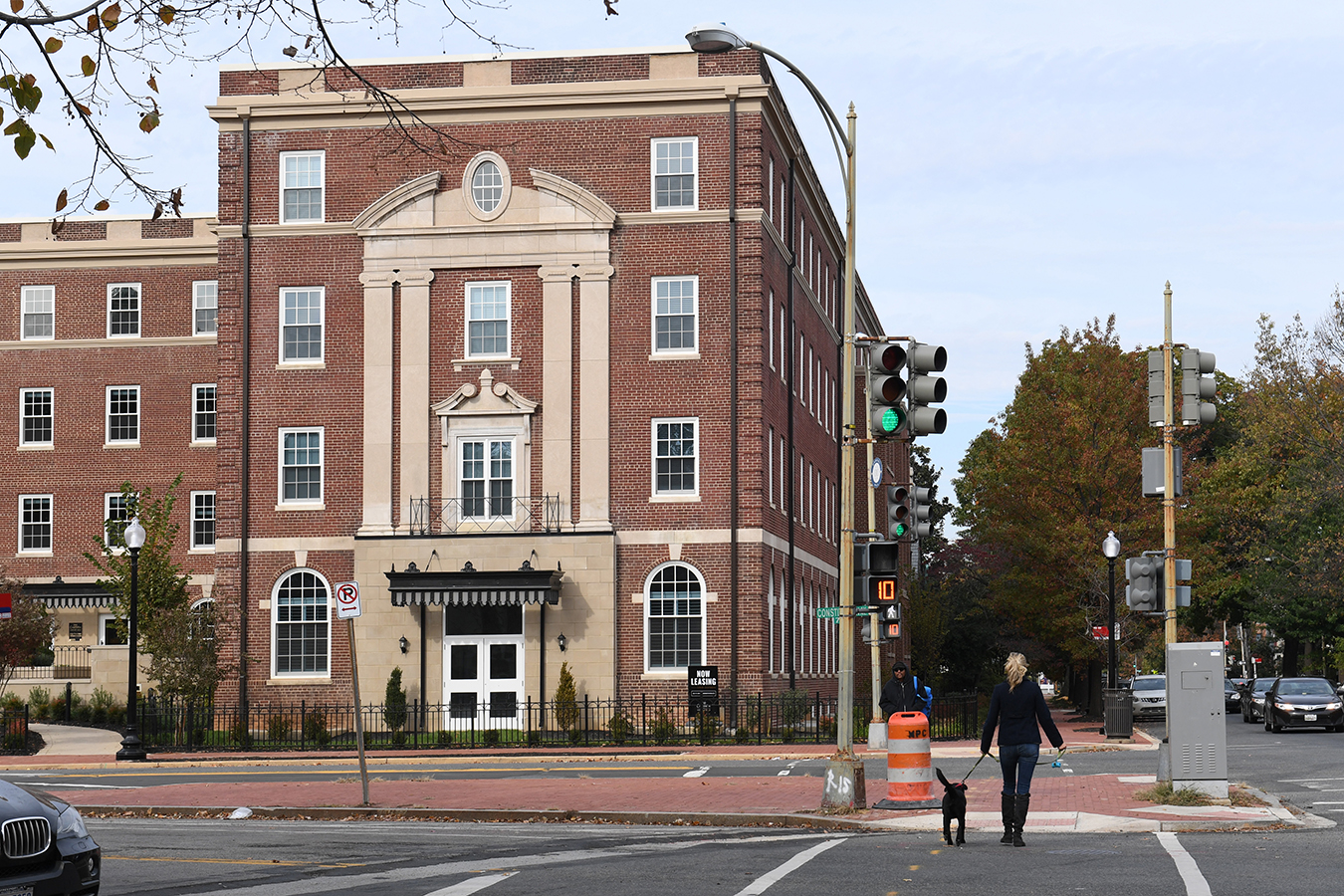 When Laura Kiker rented a new apartment in September, a few blocks from the Capitol, she had no idea that her new home, at 700 Constitution Ave. in Northeast Washington, was a former hospital dating back nearly a century. (Katherine Frey/The Washington Post)

The trend of converting hospitals to new uses has accelerated as real estate values have soared in many U.S. cities. At the same time, the demand for inpatient beds has declined, with the rise of outpatient surgery centers and a move toward shorter hospital stays.

As health systems consolidate for financial reasons, they might prefer that patients visit their flagship hospital while buildings related to smaller hospitals in their orbit get sold off — especially if the latter have a disproportionate share of indigent patients. 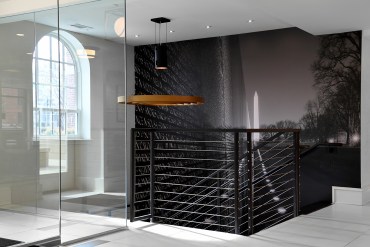 David Friend, chief transformation officer at the consulting firm BDO in Boston, noted that real estate is one of urban hospitals’ most valuable assets. “A hospital could be worth more dead than alive,” he said.

Even when the conversions make medical sense, they pull at the heartstrings of communities whose residents have an emotional attachment to hospitals where family members were born, cured or died. But they sometimes create health deserts in their wake.

St. Vincent’s Hospital in New York treated survivors of the Titanic’s sinking in 1912, the first AIDS patients in the 1980s and victims of the 9/11 terrorist attacks in 2001, went bankrupt and closed seven years ago. Developer Rudin Management bought it for $260 million and transformed it into a high-end condo complex, which opened in 2014. Earlier this year, former Starbucks CEO Howard Schultz reportedly bought one of the condos for $40 million. 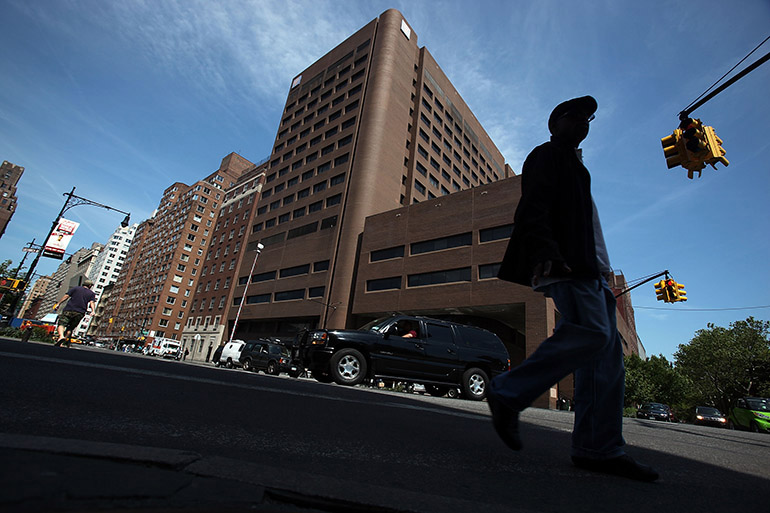 New York's St. Vincent's Hospital, a Greenwich Village institution for 160 years, closed permanently on April 30, 2010, after an unsuccessful search to find a way out of its estimated $700 million debt. It was transformed into luxury town homes. (Mario Tama/Getty Images) 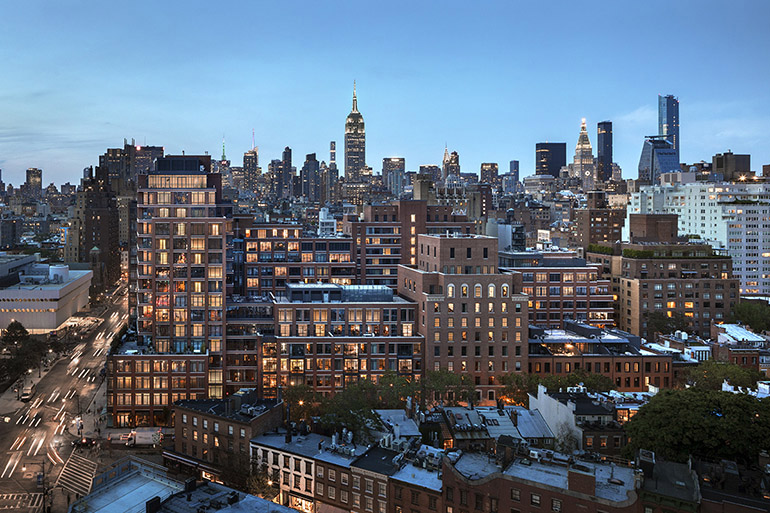 Developers turned the old St. Vincent’s Hospital site into town houses, some of which sell for tens of millions of dollars today. (Courtesy of Greenwich Lane)

Jen van de Meer, an assistant professor at the Parsons School for Design in New York, who lives in the neighborhood, said residents’ protests about the conversion were not just about the optics of a hospital that had long served the poor being repurposed. “Now, if you are in cardiac arrest, the nearest hospital could be an hour drive in a taxi or 20 minutes in an ambulance across the city,” van de Meer said.

St. Vincent’s is one of at least 10 former hospitals in New York City that have been turned into residential housing over the past 20 years. 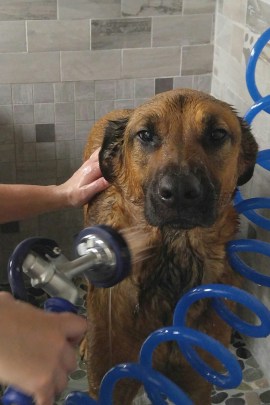 What’s next, a pet-icure? Leo gets pampered at the indoor dog wash at 700 Constitution, a hospital-turned-apartment house in Washington, D.C. (Phil Galewitz/KHN)

Closing a hospital and converting it to another use is not exactly like renovating an old Howard Johnson’s, said Jeff Goldsmith, a health industry consultant in Charlottesville, Va. “A hospital in a lot of places defines a community — that’s why it’s so hard to close them,” said Goldsmith, who noted that after Martha Jefferson Hospital closed its downtown facility in 2009 to move closer to the interstate highway, an apartment building took its place.

But many older hospitals are too outmoded to be renovated for today’s medical needs and patient expectations. For example, early 20th-century layouts cannot accommodate large operating room suites and private rooms, said Friend.

Real estate investors say the location of many older hospitals — often in city centers near rail and bus lines — makes them attractive for redevelopment. The buildings, with their wide hallways and high ceilings, are often easy to remake as luxury apartments.

In some circumstances, a conversion provides a much-needed lift for the community. New York Cancer Hospital, which opened on Central Park West in 1887 and closed in 1976, was an abandoned and partially burned-out hulk by the time it was restored as a condo complex in 2005. Developer MCL Companies paid $24 million for the property, branded 455 Central Park West.

“The building itself is fantastic and a landmark in every sense of the word,” said Alex Herrera, director of technical services at the New York Landmarks Conservancy. He noted that it retained some of its original 19th-century architecture. 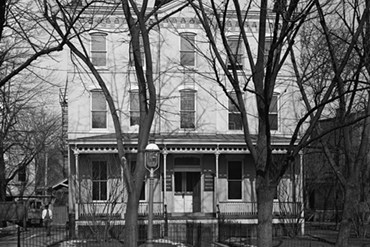 The Eastern Dispensary Casualty Hospital, shown here in 1936, was founded in 1888 in southeast Washington, D.C. It eventually was developed into Specialty Hospital Capitol Hill. (Courtesy Library of Congress)

Nicky Cymrot, president of the Capitol Hill Community Foundation in Washington, D.C., a neighborhood group, said that when Specialty Hospital Capitol Hill sold off a little-used 100,000-square-foot wing of its facility that became 700 Constitution, neighbors weighed in with concerns about aesthetics and traffic. The building was first known as Eastern Dispensary Casualty Hospital, which opened in 1905.

But by the time the condominium opened early this year after a five-year, $40 million renovation, the response was positive.

Sophie White, 28, who moved into 700 Constitution this summer, watched the building’s transformation and renovation from a rental property a few blocks away. “It used to be a blight on the neighborhood with unsavory people milling around it,” she said. “Now, it’s a bright spot and with its dog park out front, it’s really a cool place to live.”

Nearly half of the 139-unit building, where one-bedroom apartments rent for nearly $2,600 per month, is already leased. Asked why former hospitals are being bought and redeveloped as housing: “It’s all about location, location, location,” said Terry Busby, CEO of Arlington-based Urban Structures. 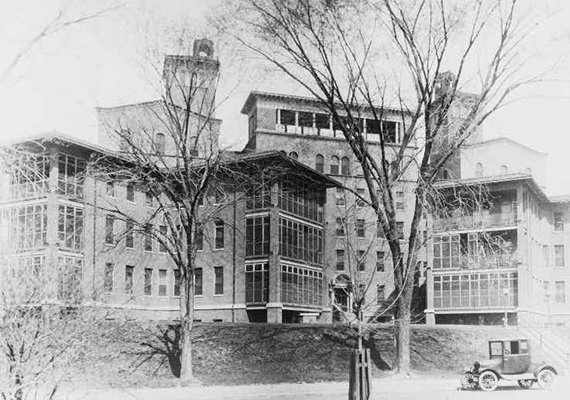 Columbia Hospital for Women, in the heart of Washington, D.C., was built in 1915 and shuttered in 2002. (Courtesy of Library of Congress) 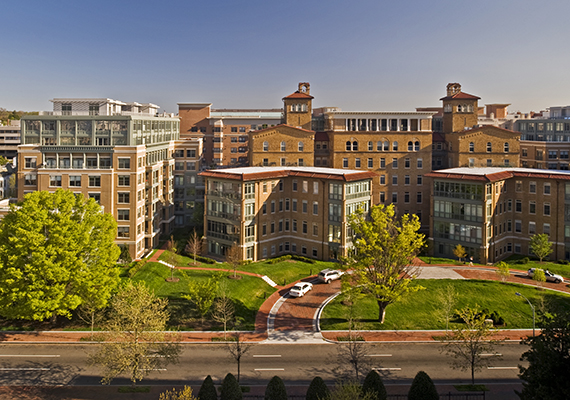 The developer paid more than $30 million for the old hospital property and turned it into an upscale 225-unit luxury condominium community near George Washington University. (Courtesy of Trammell Crow Company)

Likewise Columbia Hospital for Women, which had delivered more than 250,000 babies since it opened shortly after the Civil War, closed in 2002 and reopened in 2006 as condos with a rooftop swimming pool in the city’s fashionable West End.

Some former hospitals are used for purposes other than housing.

In Santa Fe, N.M., St. Vincent Hospital moved into a new facility in 1977 and the old structure downtown was reborn as a state office building. Later, it was abandoned and locals listed it as one of the spookiest places in town. In 2014, the building reopened yet again as the 141-room Drury Plaza Hotel.

‘A Building With Tremendous History’

After Linda Vista Community Hospital, in L.A.’s Boyle Heights neighborhood, closed in the 1990s, the abandoned six-story building fell into disrepair — its empty patient rooms, discarded medical equipment and aging corridors serving as sets for movies such as “Pearl Harbor” and “Outbreak.” Amcal Multi-Housing Inc. bought the property in 2011 and redeveloped it into a low-income senior apartment house called Hollenbeck Terrace. 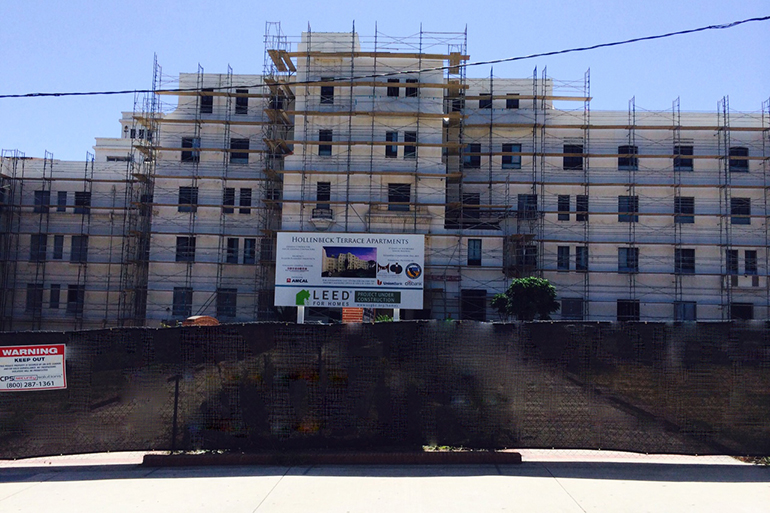 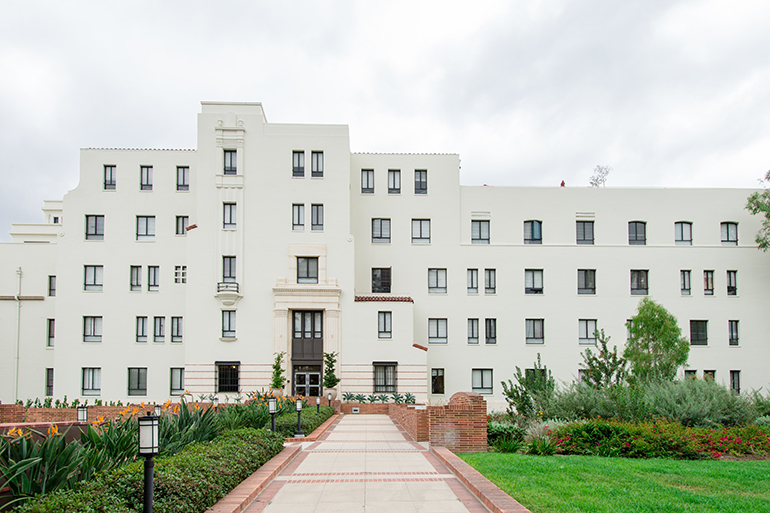 The developer aimed to preserve some of the historical charm of the old hospital building in the Hollenbeck Terrace design. (Heidi de Marco/KHN)

“They really rescued a building with tremendous history … while providing really needed low-income senior housing,” said Linda Dishman, CEO of the Los Angeles Conservancy, a group dedicated to preserving and revitalizing historical structures. “It is such an iconic building in the neighborhood.”

Hospitals With History Get A Second Life