Republicans labeled the provision a bailout for insurers despite projections it will raise $8 billion. KHN’s Julie Appleby and Mary Agnes Carey discuss. 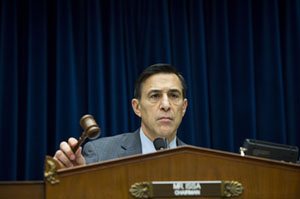 The health law so called “risk corridors” are under fire on Capitol Hill.

Designed to limit insurer’s exposure to losses as they transition to a new marketplace, the risk corridors are under attack by some GOP lawmakers who call them a bail out for the health insurance industry and are pushing for their repeal. The House Committee on Oversight and Government Reform held a hearing on this issue today. My colleague Mary Agnes Carey was there.

Thanks for being here, Mary Agnes.

MARY AGNES CAREY: Thanks for having me.

JULIE APPLEBY: Before we talk about the hearing, tell us, what are risk corridors and why are they in the health law?

MARY AGNES CAREY: They’re part of this three-pronged approach to help insurers manage the financial risk of taking all comers, taking everyone who applies for insurance no matter what their health status, while at the same time keeping premiums affordable. The corridors allow insurance companies and the government to share higher than expected costs or profits. Actual claims are compared to the claims that insurers anticipated when they set up their premiums. And, broadly stated, the government collects money from plans with lower than expected claims to make payments to plans with higher than expected claims. But if those claims exceed expected amounts, the government makes up some of that difference and that’s where we are hearing the Republican “bailout” charge come in. They say that taxpayers shouldn’t have to foot the bill if health insurers lose money.

MARY AGNES CAREY:  They did. In their budget outlook, the Congressional Budget Office, or CBO, projected that the risk corridor program would actually produce $8 billion in revenue for the government, rather than cost taxpayers money. And previously, the CBO had said that the program was budget neutral, so this finding was particularly newsworthy.  The CBO also pointed to a similar risk corridor program that’s part of the Medicare Prescription Drug program, and they said in that program that collections from insurers actually exceeded the payments that were made to health plans.

JULIE APPLEBY:  So do those findings stop GOP claims that risk corridors are an insurance industry bailout?

MARY AGNES CAREY:  Democrats on the House Oversight and Government Reform Committee certainly tried to make that case, and they emphasized that the Republicans did put in a similar program when they create the Medicare Part D program in 2003, and they pointed out that this risk corridor program still exists.

One of the witnesses, Tim Jost, who is a law professor at Washington and Lee University, also pointed out that there is this long history of these kinds of risk corridor programs between the government and private industry: the national flood insurance program, or a program that was created in 2002 to allow commercial insurers to continue offering coverage for businesses at reasonable rates by reinsuring the risk of terrorist attacks.

But there were other witnesses that countered that testimony. Chief among them was Marco Rubio. He’s a senator from Florida, a Republican. He’s trying to repeal the risk corridors. He has said that the health law’s insurance markets aren’t really normal markets. They’re not truly competitive markets, because insurers are told whom they have to cover and what services they have to offer.

Some of the witnesses also expressed concerns that the botched rollout of the health law would certainly guarantee that insurers would have higher than expected losses and taxpayers would get stuck with that bill — although that’s not the conclusion that the CBO came to.

JULIE APPLEBY:  What’s next on this issue?

MARY AGNES CAREY:  Committee Chairman Darrell Issa raised another line of attack we might be hearing more about this week. It’s based on a Congressional Research [Service] memo prepared for the House Energy and Commerce Committee that discussed whether or not the Department of Health and Human Services could actually make these payments to insurers without an appropriational law allowing them to do so.

But the bigger thing here is: For Republicans the idea of talking about a taxpayer bailout of health insurers, even if the CBO disagrees with them, just makes a great talking point for the mid-term elections. So expect Republicans to continue to make that case.

It’s much harder for Democrats to counter that the risk-corridor programs already exist in Medicare Part D, and that they have produced revenue and not cost taxpayers money.

So I think you can expect Republicans to continue to find it in their best interest to attack the ACA on this issue and many more in the months to come.