Rural hospitals close when they don’t have enough paying patients to care for, but they’re also dinged when the same patients show up over and over again. That puts outlying medical facilities in the precarious position of needing to avoid repeat customers.

Charlotte Potts is the type of patient some hospitals try to avoid. She lives in Livingston, Tenn. — a town of 4,000, tucked between rolling hills of the Cumberland Plateau.

“I’ve only had five heart attacks,” Potts said recently with a laugh. “I’ve had carotid artery surgery. Shall we go on? Just a few minor things.” She joked that she’s “a walking stent.”

The heart trouble has affected the way Potts deals with her health problems. She spends much of her day in a recliner in her apartment, tethered to a pulsing oxygen machine, and listening to the radio.

Fortunately, her apartment sits within spitting distance of Livingston Regional Hospital — a 114-bed facility large enough to have a dedicated cardiac unit. But the hospital doesn’t want to see her every time her heart flutters.

So, the last time she landed in the ER, they helped her connect with a few companies that could provide care at home.

“If I’m going to have certain things going on here in my chest, I call for help, and they’re there,” Potts said of the home care team she chose. 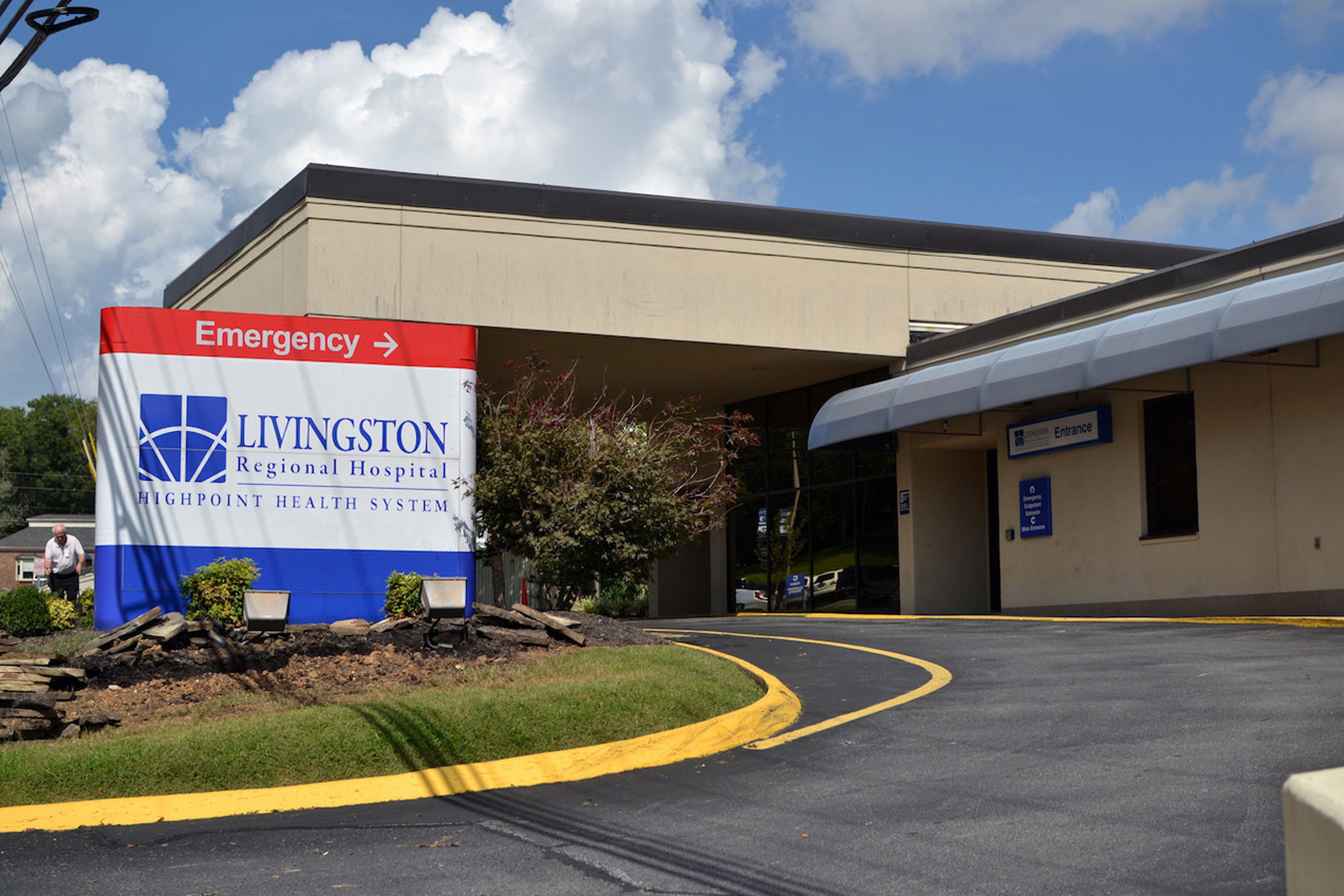 Livingston Regional Hospital has cut readmissions by more than four percent in the last five years — more than any other rural hospital in Tennessee.(Shalina Chatlani/WPLN)

A New Era In Hospital Management

There were days when the hospital might have viewed a home health agency as a competitor. Not anymore.

“When I started this almost 40 years ago, the mission was different,” said Tim McGill, CEO of Livingston Regional. “We wanted patients in the hospital. That was the incentive. We were paid for it. Now you’re not.”

Hospitals used to run on a so-called fee-for-service model with virtually no limit to how many times they could see a patient. But, under pressure from private and government insurance programs, that model is transitioning to one in which hospitals are rewarded for safety and efficiency — which often results in a patient spending less time in the hospital.

Under the Affordable Care Act, Medicare began to ding hospitals if too many patients are readmitted to any hospital within 30 days of discharge. The measure is broadly unpopular with the hospital industry, since so much falls outside a hospital’s control. Medicare has even walked back the rules for safety-net facilities, which tend to treat a sicker population.

The penalty is meant to encourage hospitals to get it right the first time. In Livingston, the hospital operates on the thinnest of margins — just 0.2 percent in the most recent figures. And “readmissions” have been a drag on the bottom line.

One in 5 patients with heart failure was back within the month. The hospital has paid the maximum penalty in some years — nearly $200,000. So leaders started asking a basic, unifying question of other providers in town, McGill said: “What can we do together so they’ll stay out of the hospital and stay healthier in their home setting? That’s where the work is.”

Collaborating Instead Of Competing

The work took the form of quarterly lunch meetings at the local library.

Mary Ann Stockton, a nurse at the hospital, invites all the home health agencies as well as hospice providers and the leaders of nursing homes.

At one meeting, she applauded the other providers for increasingly meeting patients inside the hospital before they’re discharged. She said it helps patients and families accept these home health workers.

“We know in our area people don’t like to have a total stranger come into their home,” she said.

The group brainstormed how to generate the same kind of acceptance for hospice care, which — as one doctor in the meeting put it — some families view as “assisted suicide.”

And on this day, the group spent much of its time reviewing the value of flu shots, especially for the staff in nursing homes. Stockton said elderly patients with bad lungs become a hospital emergency room’s “frequent flyers.”

“Flu starts off, goes into pneumonia, COPD exacerbation — and they are a revolving door in our hospital,” Stockton said. “They’re hitting that ER a couple of times a week.”

Advance directives are on the agenda for next time — another way to keep people near the end of life from becoming ER regulars.

Livingston’s parent company, LifePoint Health, is launching this community approach in many of its 80-or-so markets, which are primarily in the Southeast and almost all rural. Cindy Chamness, a LifePoint vice president, helps hospitals find willing partners.

“We were very frustrated for many years,” Chamness said, “because we weren’t able to impact readmissions just working on it by ourselves, as a hospital.”

‘Are We Saving Ourselves Right Out Of Business?’

The solution looks different from one town to another. In Lake Havasu, Ariz., paramedics now visit discharged patients to make sure they’re following doctors’ orders. The house calls also cut down on government-funded ambulance rides.

It’s not just rural hospitals — all hospitals can be penalized for readmissions now. And threatening the bottom line in that way does seem to be effective. Readmissions have been falling across the board, according to the latest research.

But rural hospitals, which already treat fewer patients than urban hospitals, wonder if they’ll have enough patients to survive, said Michael Topchik of the Chartis Center for Rural Health.

“[A] CEO from Montana said to me, ‘The problem is, when we do the right thing, are we saving ourselves right out of business?'” Topchik said.

The focus on cutting readmissions — by definition — cuts overall admissions too, he noted.

“So, this is the real inherent tension and challenge: Hospitals get reimbursed for doing ‘sick care,'” Topchik said. “But more and more they’re being asked to do population health, and really focus on ‘wellness.'”

To make up the volume, the Livingston hospital is expanding its maternity ward and general surgery offerings.

There is also some immediate financial upside to reducing readmissions: Livingston Regional has cut readmissions more than any other rural hospital in Tennessee and even the nation, according to data compiled by Chartis.

As a result, the hospital’s Medicare penalty in the coming year will be reduced to 0.3 percent of its reimbursements — down from the maximum of 3 percent, which was roughly $200,000 a year.

That’s all because patients like Charlotte Potts now can safely stay home.

“I got a real bad tightness in the chest,” Potts recalled about a recent episode. She’d questioned whether to call an ambulance. “I was very uncertain about what was going on.”

But she phoned her home health agency, took a nitroglycerin pill as the agency advised and, instead of going to the ER, was able to get back to sleep.