Economists have long chronicled the “lock in” effect — the ability to attract shoppers with low prices and then sock them with increases once they’ve stopped paying attention. Think car insurance or bank fees. Consumers often stay put even when they notice the higher bills, deciding that the hassles of switching represent an even greater cost. 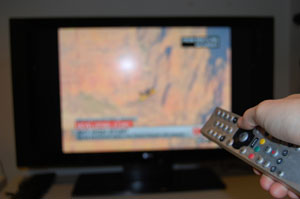 Boston University economist Keith M. Marzilli Ericson finds the same thing going on in Medicare prescription drug plans. Stick around too long in the same Medicare Part D plan and your premiums will be about 10 percent higher than if you switch to a new offering, says Ericson’s working paper, newly available at the National Bureau of Economic Research. (Subscription required, but there are many exceptions, including for those from a .gov domain. Anybody can read the abstract at the link.)

That’s not huge money — $50 a year. But it can add up over time. And Ericson’s conclusions may be relevant to policymakers as well as Medicare members. If you’re frequently changing prescription plans to get a better deal, your access to medication might be disrupted. (Consumers may not take that into account before switching.)

What’s more, buyers on the Affordable Care Act’s health insurance exchanges, where the dollars are a lot higher and which open for business in 2014, may see the same price pattern, depending on how states design their systems.

“We might expect to see very competitive markets in the early years as companies are coming in to get enrollment, and price increases in the later years,” Ericson said in an interview.

He looked at all of Medicare Part D’s enrollment and price data from 2006, when the program for seniors took effect, through 2010.

Part D plans differ from cable TV or checking accounts in one respect. Government rules prevent the companies from cutting prices for new members while raising them for established customers. So instead, insurers often offer new, similar plans in the same markets (they can’t be identical to a company’s existing plans, under Medicare rules) or expand into new regions — often with lower prices.

After two or three years of operation, the older plans generally cost more than the new ones, the data showed.

One lesson for consumers, Ericson said, “is to think about the price you’re going to pay over the lifetime of a product rather than the price you’re going to pay today.” But from a policy point of view, he said, customers churning for the best deal represents “a cost to the consumers” in time and effort. “It’s a cost to the system” because of administrative costs. And “it lowers the continuity of care.”

How Is Your Medicare Drug Plan Like Your Cable Company?