Can you cut health care spending without undermining the quality of care? It’s a major concern as Medicare prepares to prod hospitals to provide medical care more efficiently by giving bonuses to those whose patients cost less and taking money away from places that send the government higher bills. 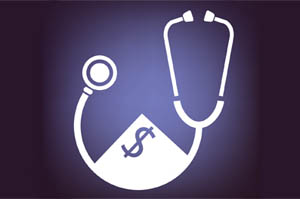 Last week, Capsules culled through the Medicare data to identify the hospitals whose patients cost Medicare the most, from the three days before admission to a month afterward. Here is an admittedly unscientific first pass at how the nation’s best-regarded hospitals rate in terms of their patients’ Medicare spending.

Kaiser Health News looked at the 16 hospitals that U.S. News includes in its widely followed “Best Hospitals’ Honor Roll,” which is calculated based on a mix of quality indicators and reputation surveys. (One hospital, Johns Hopkins in Baltimore, was omitted because Medicare didn’t provide figures for Maryland hospitals.)

Let us know what you think about Medicare’s Spending Per Hospital Patient ratings in a comment below.

How Much Do The Nation’s Pre-Eminent Hospitals Cost Medicare?