BOSTON — Let’s say you’re having trouble reading this. The words are a little fuzzy. You might need glasses or a new prescription. So you call to make an appointment for an eye exam and ask how much the visit will cost. You’re going to pay for the appointment because your insurance plan has a deductible that you haven’t met.

Seems like a simple question, but be prepared: There’s a good chance you won’t get a simple answer. A new study shows this is true even in Massachusetts where a 2012 health care cost control law requires that hospitals and doctors provide patients with the price of a test, exam or treatment within two business days of the request. 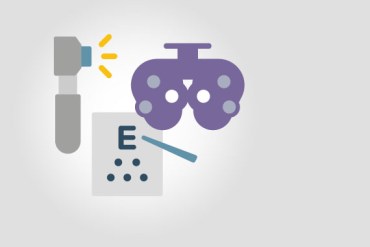 “Sometimes people were downright rude,” says Barbara Anthony, a senior fellow in health care at the Pioneer Institute. “Other times, staff said they weren’t allowed to give price information over the phone.”

The Pioneer Institute, a Boston-based public policy research group, called the offices of 96 dentists, ophthalmologists, dermatologists and gastroenterologists across the state last month, asking for the price of five basic services.

The results show that prices vary widely. But getting the information wasn’t easy.

Dentists tended to have prices handy and offer them without resistance, said Anthony, the study’s author. “Ophthalmologists were pretty good. Dermatologists were problematic. Their staffs did not know that there is a law in place.”

Anthony, who was the undersecretary for consumer affairs in Massachusetts when the law took effect, says the fact that some offices she contacted refused to provide price information is very disappointing.

Anthony says medical office personnel need more training so that “when someone calls they aren’t treated like they just landed from the moon.” She asks, if some offices can provide prices, then why can’t everyone in the industry?

It’s not that simple, says Dr. Dennis Dimitri, president of the Massachusetts Medical Society, who acknowledges the need to educate front office staff. He says physicians in small practices have more control over the fees they charge, while physicians in large group practices may not know what the billing office will charge for each visit or test.

And then there’s the fact that doctors negotiate different rates for their work with each insurer and are rarely paid the charge they might quote a patient. “It’s the complexity of the payment system that makes this so difficult,” Dimitri says.

To avoid that complexity, Anthony asked for the price a patient without insurance would pay. She and her team still had a hard time.

Finding the price of colonoscopy took three to 10 days, said Anthony, and took at least three phone calls because the total cost of this test may include fees from the gastroenterologist, an anesthesiologist and the facility where the test takes place.

There is no penalty in the state law for hospitals or doctors who give inaccurate prices or don’t tell patients how much something will cost. Anthony says the attorney general could hold those providers in violation of state consumer protection laws.

“Access to high quality, affordable health care remains a priority for our office. We look forward to reviewing the report,” said Christopher Loh, spokesman for Massachusetts Attorney General Maura Healey, in a statement.

Gov. Charlie Baker, a longtime supporter of making health care costs more transparent, said during his campaign last year that he would ask hospitals to begin posting their prices. A Baker aide says the governor is looking at various ways to make prices more accessible for consumers including, but not limited to, a price list at hospitals and physician offices.

Patients who have health insurance could also try to find the price of a medical service through their health plan. The state law requires that insurers post real-time prices online. But none of the state’s top three health plans earned better than a C for their online health care shopping tools in a review out last month.

Insurers have pledged to improve their sites. Demand is not high so far, but that may be changing as more employers switch to health plans with high deductibles or co-pays that are higher at high-cost hospitals.

Dimitri says many doctors see the value of giving patients prices when they ask for them.

“We don’t want patients to not get the care they need because they’re afraid it’s too expensive,” Dimitri said, but “it’s reasonable for patients to understand the cost of their own care and ask, ‘Is this something that is really necessary? Is there a way to do this that will still be of good quality but not as expensive?’ ”

That conversation, says Dimitri, “will lead to better control of the cost of care in the future.”

How Much Is That Eye Exam? Study Probes The Elusive Quest For Health Care Prices