Marlene Allen thought she had decent medical coverage after she fell in December and broke her wrist. She had come in from walking the dogs. It was wet. The fracture needed surgery and screws and a plate.

Weeks later, she learned her employer health plan would cover nothing. Not the initial doctor visit, not the outpatient surgery, not the anesthesiology. She had $19,000 in bills. 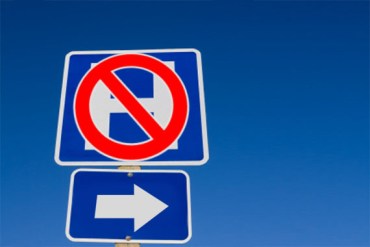 “Make sure you find out what kind of plan it is” when employers offer coverage, advises Allen, who lives in northern Minnesota. “I thought health insurance was health insurance.”

A complex health law and bad information helped cause the trouble.

When her employer offered the health plan late last summer she thought she had to sign up. That was wrong.

Once she was on the employer plan, she thought she had to drop better, comprehensive coverage she had bought through MNsure, the state’s online insurance marketplace. That was wrong.

After she learned that her work plan covered hardly anything and tried to get back on a marketplace policy, MNsure told her she’s not eligible for subsidies to buy it. Wrong again.
“Horrible situation,” said Sabrina Corlette, project director at Georgetown University’s Center on Health Insurance Reforms. It “does make you wonder about the training these call-center folks are getting.”

Last September, with an impending January deadline for employers to provide insurance under the health law, Allen’s employer introduced a plan covering only vaccines, blood-pressure tests and other preventive care.

Skimpy though they are, such benefits meet one of the law’s tests — the one that says employers must offer “minimum essential coverage” or pay a fine of about $2,000 per worker. (They do not pass a second requirement — that employer coverage offer “minimum value” including hospitalization. Flunking that test can result in a different fine of up to $3,000 per worker.)

Allen works for Independence Plus, a home-care agency. She takes care of her disabled son, who has multiple sclerosis, and gets paid through a state program as the company’s employee.

Last fall, she joined the agency’s minimum essential coverage plan and dropped her comprehensive MNsure plan. She knew the new coverage wasn’t great, but she thought it would at least cover surgery. She believed she was obligated to take the coverage and didn’t notice that the insurance card says, “Preventive Services Only.”

She was shocked when she learned it covered none of the charges for her broken wrist. She had always been careful to have medical insurance. Now she faced hospital bills for more than half her annual income.

“I don’t even want to call it a health plan,” she said. “It should be illegal.”

Minimum essential coverage, or MEC, policies, also known as “skinny plans,” spread last year as lower-wage employers such as temp agencies and hotels adopted them as a shield against the $2,000 fine. Unlike Independence Plus, many employers supplement skinny plans with other health insurance, although even some of those lacked hospitalization benefits until federal regulators moved to ban them.

“There aren’t too many companies that are doing just MEC plans,” said George Reardon, a Houston benefits lawyer who works with staffing companies.

Independence Plus can’t afford more comprehensive benefits or even get insurers to offer them because of high worker turnover, said CEO Ruby Baranski. She blames President Barack Obama and the Affordable Care Act for forcing her to offer a minimal plan to avoid the $2,000 per-employee fine.

“I kind of got slapped with this,” she said.

Faced with no way to pay her huge bill, Allen applied for assistance from the health system that fixed her arm. Sanford Health would not comment on her case, but on June 3, it sent a letter agreeing to wipe out its entire, $17,200 bill, leaving only a $1,800 charge from the anesthesiologist.

She is grateful. But she’s also worried because the skinny, preventive-only plan is still her only health insurance. In February she told a MNsure rep she wanted to get back on a marketplace plan.

She told MNsure her workplace plan didn’t cover hospitalization. She asked whether she could get subsidies to buy a comprehensive MNsure plan — the only way she could afford it, with her $37,000 income.

No, MNsure said. Because Allen was offered an affordable plan at work, she could not get tax credits to help pay for a marketplace plan, MNsure said.

That’s the wrong answer. All consumers in Allen’s income range get subsidies unless an employer plan is both affordable and meets the minimum value test with hospital, doctor and drug benefits. (Or unless they’re eligible for a government program like Medicare.)

Independence Plus’s plan is affordable, but because of its skinny, preventive-only benefits it falls far short of minimum value under the law.

Once Allen learned she had gotten bad information, MNsure’s regular enrollment period for 2015 was over and it was too late to sign up. She applied for an exception so she wouldn’t have to wait until next year to get covered.

MNsure spokesman Joseph Campbell acknowledged the error but said it was a rare exception. The marketplace’s employee training manual addresses both affordability and minimum value, he said.

But on Wednesday Allen got a letter stating again that she is ineligible for tax credits because she has access to insurance elsewhere.

“Boy, something is so wrong with this,” she said.

“You think when the word insurance is said it should cover you for everything,” Allen said. Now she knows that’s not true.

How Not To Find Out Your Health Plan Lacks Hospital Benefits