Medicare patients’ chances of being admitted to the hospital or kept for observation depend on what hospital they go to — even when their symptoms are the same, notes a federal watchdog agency in a report to be released today, which also urges Medicare officials to count those observation visits toward the three-inpatient-day minimum required for nursing home coverage. 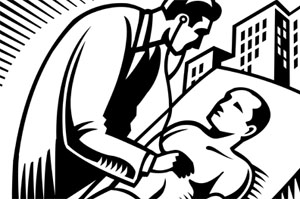 The investigation, conducted by the Department of Health and Human Services Inspector General, was based on 2012 Medicare hospital charges. Its findings, which underscore several years of complaints that the distinction between an inpatient and observation stay isn’t always clear, come just days before the Centers for Medicare and Medicaid Services (CMS) is expected to issue final regulations intended to address the problem.

Those rules, proposed in April, would assume that patients who stay two nights or longer in the hospital are inpatients. Those who have shorter stays would receive observation care, an outpatient service. However, the IG report said the proposal, which has been criticized by hospital, physician and consumer groups, would not reduce the number of observation stays.

An observation patient can be treated in the emergency room or on an inpatient unit in the hospital. CMS does not require hospitals to tell patients they are receiving observation services, which the IG’s analysis said can include some of the same procedures provided to admitted patients.

“Some hospitals used short inpatient stays for less than 10 percent of their stays while others used them for over 70 percent,” according to the report.

But the difference can have a big effect on Medicare beneficiaries.

“For people who go to the hospital with similar symptoms, hospitals make different decisions about their status, whether they are inpatient or observation, and that results in different post-hospital coverage options available to them,” said Judy Bartlett, an IG team leader.

Medicare doesn’t pay for expensive follow-up nursing home care for observation patients or the routine maintenance drugs the hospital provides patients with chronic conditions, such as diabetes or high blood pressure. As a result, they can end up with thousands of dollars of medical bills that Medicare would cover if they had been admitted. Others who can’t afford the care doctors ordered may go without it, prolonging their recovery.

Although the IG study did not compare 2012 observation cases to previous years, federal data show the proportion has increased by about 69 percent from 2006 through 2011, while hospitals admissions declined slightly.

Even Medicare officials may not fully understand the difference between observation and inpatient status. Investigators found that Medicare mistakenly paid $255 million for nursing home services in 2012. In these instances, the care should not have been covered because the patients did not have the required three consecutive inpatient days. The report urges that Medicare institute better controls to prevent such payments.

These beneficiaries were just a small fraction — 4 percent — of the 618,000 who were not eligible for nursing home coverage because they were never considered inpatients, even though they may have spent at least three days in the hospital.

Last year, there were a total of 1.5 million observation visits, with 78 percent beginning in the emergency department. The IG report found that six of the top 10 reasons for observation — chest pain, digestive disorders, fainting, nutritional disorders, irregular heartbeat and circulatory problems — were also among the 10 most frequent reasons for a short inpatient hospital stays of one night or less.

Hospitals may also have trouble distinguishing between the two classifications. On Monday, Beth Israel Deaconess Medical Center in Boston agreed to reimburse Medicare $5.3 million to settle charges that it overcharged the agency by admitting patients who should have received less expensive observation or outpatient care. The hospital submitted improper inpatient claims from June 2004 through March 2008 but did not acknowledge any wrongdoing.

Although the IG encouraged CMS “to consider how to ensure that beneficiaries with similar post-hospital care needs have the same access” to follow-up nursing home care, it did not provide costs for extending that care to observation patients.

The Inspector General report noted that Medicare officials may possibly need additional legal authority in order to count observation days toward the three-inpatient days required for follow-up nursing home care. Legislation to do that has attracted 88 sponsors in the U. S. House of Representatives and 17 in the U. S. Senate.

However, lawyers at the Center for Medicare Advocacy who filed a lawsuit of behalf of 14 Medicare observation patients argued in federal court in May that observation status was created by Medicare officials and are asking a judge to order them to eliminate it. Government lawyers want the case dismissed.

Susan Jaffe can be contacted at Jaffe.KHN@gmail.com.