TEMPE, Ariz. — Just weeks before the presidential election, Josephine has spent nearly every morning worrying as she drives to her breast cancer treatments, waits for her doctor and comes back home.

At 61, Josephine, who asked that her last name not be used because she has been under the protection of a restraining order, has much riding on this election. Once uninsured after being laid off from her job, she was recently diagnosed with breast cancer and has been able to get subsidized health coverage through the Affordable Care Act. The pro-Hillary Clinton signs on her parched lawn show which candidate she trusts to keep her covered.

In these final weeks of campaigning, Clinton, a Democrat, is pressing hard into once reliable Republican territory, especially in Arizona where recent polls show her close to tying Donald Trump. At stake in the election is President Barack Obama’s signature domestic achievement.

Clinton has offered detailed plans to preserve and expand the law, even pushing for a public option — a type of government-run insurance plan. She also wants to expand tax subsidies to reduce health care costs and allow people 55 and older to buy into Medicare.

Meanwhile, Trump has vowed to “repeal and replace Obamacare so quickly.” He has suggested smaller measures, like allowing health insurance to be sold across state lines and tax deductions for monthly premiums. Health policy experts widely agree that these approaches would cover far fewer people than the Affordable Care Act and result in a rise in the uninsurance rate, which reached a record low of 9.1 percent in 2015.

But in Arizona, Republican opposition to the Affordable Care Act has been fueled by volatility in the state’s health insurance market set up by the law.

When the marketplace for individual insurance coverage in Arizona first opened, eight companies vied for consumers in various parts of the state. After three years of low enrollment and higher-than-expected medical claims, only one insurer remains in about half the counties and many Arizonans are facing steep premium increases.

“A lot of people that are just getting worn down,” said Michael Malasnik, a Phoenix-based insurance broker. He says he’s already getting calls for the upcoming enrollment period with clients expressing “frustration and anger.”

The drop in competition isn’t just in Arizona, said Caroline Pearson, a senior vice president for policy and strategy at Avalere Health, a strategic advisory firm located in Washington, D.C.

More than a third of regions across the country may end up with only one insurer available, especially in rural areas, and Pearson said a remedy would require congressional changes to the law in 2017.

“We’re going to need a combination of changes” to the health law’s risk mitigation programs and other changes to help stabilize the market, Pearson said. And, she added, the program will need “some very creative solutions to figure out, how we actually get younger, healthier people, middle-income people, into the exchanges.” 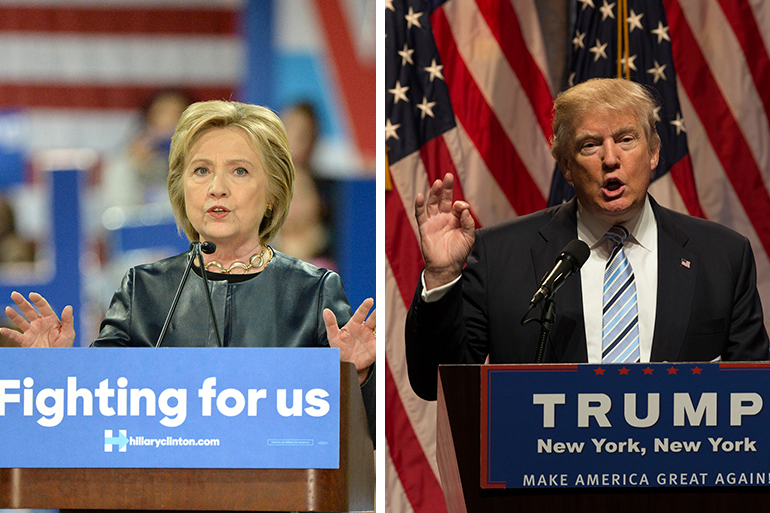 The exodus has raised questions for Mesa resident Leah Sondergeld about adequate access to medical care, the potential for price gouging and the durability of the ACA marketplace.

Sondergeld and her husband are self-employed, and the family has been forced to switch plans each year as insurers have come and gone. Her eldest daughter Kate was diagnosed with epilepsy last year and with each switch comes frantic questions.

“What if they won’t cover her current medication? What if they won’t keep her neurologist? What are we gonna do?” she said. “With one of the doctors, during that first transition with UnitedHealthcare, she was four days without medications. I had to watch her have seizures.”

Now on the right medications, Kate Sondergeld, age 25, is back at the University of Arizona in Tucson after a long medical leave. But finding the best prescription was no small matter.

“My first one, I was severely allergic to. I had a bad reaction to it, and then the second one, was kind of when things started going downhill even more,” she said. “I was blanking out. I have absent seizures.”

Kate doesn’t want the health law repealed. She remembers when she was a child and was denied coverage because of a pre-existing condition.

Her mother says Congress should prevent insurers from quitting the marketplace.

“I don’t care about what the Republicans think, I don’t care what the Democrats want to do to change,” said Leah. “Just, tell Blue Cross Blue Shield, ‘Hey, guess what? You’re gonna keep this person.’”

Despite the problems with the law, those like Josephine who need insurance coverage are doing better because of it. After years without seeing a doctor, she was able to get a check-up which led to her cancer diagnosis and treatment. She said without the law’s consumer protections that require insurers to cover people with pre-existing conditions, she would be bankrupt or dead.

Studies suggest that because of the law, patients are more likely to have a regular doctor and get preventive health care, including vaccines and cancer screenings. And they’re less likely to postpone treatment because they can’t afford it.

But Trump volunteer Diana Brest, of Phoenix, thinks the law has caused more harm than good and supports her candidate’s vow to repeal it. At 66 and on Medicare, she blames the law for driving up premiums for others.

“Obamacare, some people said it was going to help, but I knew right away it wasn’t!” she said. “I spoke to Donald Trump about that two rallies ago. And he indicated that he was going to address those that are having problems with insurance. And I know, knowing Donald Trump, that he will address it.”

But the debate over the health law has often ignored a group that has seen widespread improvements from Obamacare — low-income adults who are now eligible for Medicaid.

”I don’t have the funds to pay for a CT scan, an MRI,” he said. “It’s a lot of money to go see a specialist.” He added, that Obamacare has “been working out great, to the point where I feel safe with my health.”

“There’s a lot of catch up to do, whether it’s around primary and secondary prevention, or whether we’re identifying people who do need ongoing chronic care management that we know will save the health care system in the long run over time,” said Johnson.