In Medical Park hospital in Winston-Salem, North Carolina, Angela Koons is still a little loopy and uncomfortable after wrist surgery. Nurse Suzanne Cammer jokes around with her. When Koons says she’s itchy under her cast, Cammer laughs and says, “Do not stick anything down there to scratch it!”  Koons smiles and says, “I know.”

Cammer is wearing charm-bracelets and jangly earrings, so she literally jingles as she works around Koons. Her enthusiasm for her job puts Koons at ease and is making her hospital stay more comfortable.

“They’ve been really nice, very efficient. Gave me plenty of blankets because it’s really cold in this place,” she says.

A reporter takes a quick informal poll, asking Koons and her stepfather, Raymond Zwack, to rate their satisfaction with the hospital on a 10-point scale.  They both give Medical Park the same rating: a perfect 10.

Other patients — Karen Siburt, George Stilphen and Emily Willard — all agreed. They would rate the hospital a 9 or a 10.

Hospitals take more formal surveys from Medicare very seriously because the Affordable Care Act ties some hospital payments each year to how patients rate the facilities. Medical Park received a $22,000 bonus from Medicare in part because of sterling patient satisfaction surveys.

Novant Health is Medical Park’s parent company, and none of their dozen or so other hospitals even come close to rating that high on patient satisfaction.  Figuring out why Medical Park did so well is complicated.

“It kind of feels, almost like a mom-and-pop shop,” he says.

Medical Park is really small, only two floors. Doctors just do surgeries, like fixing shoulders and removing prostates, and mostly for people with insurance.

These are the built-in advantages small, specialty hospitals have on patient satisfaction, says Chas Roades, a consultant with The Advisory Board Company.

“A lot of these metrics that the hospitals are measured on, the game is sort of rigged against [large hospitals] in a sense just because of the kind of facility they are,” he says. 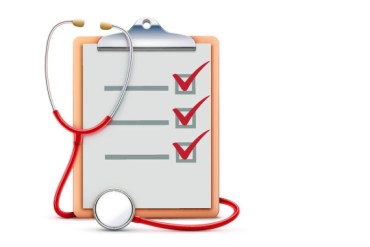 This is the third year hospitals can get bonuses or pay cuts from Medicare in part because of those scores. They can add up to hundreds of thousands of dollars.

Hospitals that handle many more patients – often massive, noisy and hectic places – are more likely to get penalized, says Roades.

“In particular, the big teaching hospitals, urban trauma centers, those kind of facilities don’t tend to do as well in patient satisfaction because they’re just busy, crowded, [and] there’s a lot of different caregivers that interact with the patients,” he says.

In health care, patients rarely have that choice. So Roades says hospitals should be assessed in part by patients.

And Medical Park executives say there are ways big hospitals can seem smaller – and raise their scores.

Nurse Gennie Tedder is walking patient Jeremy Silkstone through a pre-surgical visit.  It’s a chance a week or two before surgery to connect with patients and prepare them for what can be a painful process.

“It’s very important that you have realistic expectations about pain after surgery. It’s realistic to expect some versus none,” she explains to Silkstone.

Medical Park now handles this part of surgery prep for some of its parent company’s other, bigger hospitals. Silkstone, for example, will have surgery at the huge hospital right across the street, Forsyth Medical Center.

But some doctors and patients who’ve been to both hospitals agree that the smaller one is sure to have higher scores. It’s just warmer and fuzzier, one patient says.

This story is part of a reporting partnership between NPR, WFAE and Kaiser Health News.

In The Medicare Bonus Round, The Winners Are…Small, Specialty Hospitals!