Medicare is paying billions of dollars to home-health providers without adequate documentation of patients’ needs by doctors, according to a new report by the Department of Health and Human Services Office of Inspector General. 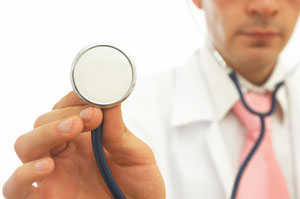 The cost of caring for homebound patients is rising, and the government is trying to get a better grip on spending by requiring doctors to certify — with face to face examinations — Medicare beneficiaries’ eligibility for home health services, including intermittent skilled nursing care, physical therapy, speech therapy and part-time home health aide services. The OIG estimated that $2 billion in inappropriate payments were made in 2011 and 2012 because of inadequate compliance with the rule.

But home health agencies, which billed Medicare $19.5 billion for these services in 2010, view the rule as burdensome and vague, and worry it will impede in their ability to deliver care.

Beatriz Lamb, regional director of home health care and hospice for Franciscan St. Elizabeth Health in Indiana, said that they give care to around 120 patients and juggle documentation from about 80 doctors. “It does create delays in care, we can’t afford to go out without a face-to-face [certification] in hand and I don’t have leverage to get it done if I’m already seeing the patient,” Lamb said.

The face-to-face rule results from a provision of the Affordable Care Act and is designed to reduce inappropriate Medicare payments for home health services. The OIG’s assessment found that of the claims that required face-to-face encounters, 32 percent did not meet the Centers for Medicare & Medicaid Services rules on what doctors must document, and should not have been paid. Home health providers worry that CMS could later try to recover these overpayments.

Federal fraud fighters have increasingly stepped up scrutiny of the home health industry because of the sector’s rapid growth. In 2012 alone, 257 new home health providers began billing Medicare. Meanwhile, spending on home health has increased by 89 percent since 2002. These agencies tend to have greater profit margins than that of other providers, and patients who use them don’t face cost-sharing requirements.

Home health providers say the incomplete paperwork isn’t necessarily an indicator of fraud or that services aren’t necessary. “The fact that you can’t get the narrative doesn’t mean that person shouldn’t get the care,” Lamb said.

For example, Lamb is currently in the second round of appeals in which her company is seeking payment for services the Medicare contractor initially denied because the claim’s face-to-face the narrative was deemed incomplete.

Physicians sometimes fall short with the paperwork because they don’t get paid to certify the face-to-face encounters, nor do they have contracts with home health agencies to coordinate patient care.

But filling out the forms correctly is in doctors’ best interests, said Kent Moore, a senior strategist for physician payment at the American Academy of Family Physicians. “Following these documentation requirements may determine if that home health agency remains willing to work with you. Following the directions may ultimately help you and your patients,” he said.

To improve compliance with the face-to-face requirement, the OIG recommends that CMS:

Even if CMS implements changes, until physicians and home health agencies are financially linked, it will be a hard sell to get proper documentation, said Loren Adler, research director for the Committee for a Responsible Federal Budget, a Washington, D.C.-based, bipartisan organization focused on public education about fiscal policy issues. “If you don’t pay people to do things, people won’t do them. Doctors are people too,” he said.