Gail Harriman’s health insurance costs rose four times in just over two years, from $550 a month to $1,171, an amount “more than my mortgage.” But when the self-employed San Francisco resident tried to switch insurers, she was rejected because of a minor health problem. 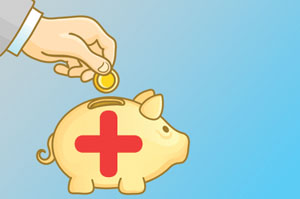 Harriman, 60, is among the estimated 15 million Americans who buy their own insurance and face far bigger hurdles getting and keeping it than those with job-based coverage.

“Most people who work for a company have absolutely no clue about what goes on with people who buy their own insurance,” she said. “I would never consider going without. But there have been moments when I feel it’s the bane of my existence.”

Most of the debate about how the health law will change the individual market has centered on whether consumers will experience “rate shock” from higher premiums when key changes go into effect next year. But there’s a flip side: new rules that broaden benefits, prohibit discrimination against those with health issues and cap consumers’ out-of-pocket costs, which can cut far deeper than premiums.

Currently, about one in five plans sold to consumers makes them responsible for at least half their medical costs after they’ve paid their premiums and met their deductibles, according to an analysis of government data by U.S. News & World Report and Kaiser Health News.  It could not be determined how many consumers have such plans.

“The individual market before and after Jan. 1 will be fundamentally different places,” said Robert Laszewski, a former insurance executive who now consults for the industry.

The new rules bar insurers from rejecting applicants with health problems, set limits on how much more they can charge older residents and also require most Americans to carry coverage or face a fine.

Whether individuals will be better or worse off under those rules depends on their age, health status, where they live – and perhaps most important, whether they end up needing substantial medical care in the coming year. Generally speaking, those who are younger and healthier may pay more than they would have, while older and sicker people are likely to be better off.

“Every one of those actions, as well intended and over the long-term as good as they are, will have short term negative consequences for some people,” said Laszewski.

Coverage under the health law will still require cost-sharing, potentially running into thousands of dollars. But those amounts will be clearly laid out — helping those who now “might buy insurance that looks cheap, but when they get sick they realize they didn’t read all the fine print and it doesn’t cover what they thought it did,” said Uwe Reinhardt, a Princeton economics professor.

The single biggest change next year is that insurers will no longer be able to reject people with health problems or charge them more based solely on their health history – a practice that has barred some people from the market, and prevented others from being able to switch plans.  Insurers were already prohibited from doing that to enrollees in group health plans, such as those sold to employers.

That change will be a huge relief for Maureen Mitchell, 58, of St. Augustine, Fla., who has spent most of the past decade uninsured after being rejected by insurers because of a heart rhythm abnormality.

Last September, Mitchell awoke with a stabbing pain in her chest and did a mental calculation: If she called for help, she would face large bills for hospital care and the ambulance ride. If she didn’t call, she might die. “I just didn’t have that money,” said Mitchell, who did not call 911.

Forty-nine percent of Americans under the age of 65 report they or a family member have a pre-existing medical condition such as heart disease, diabetes, asthma, and cancer. Among this group, a quarter say they or someone in their household has been denied coverage, or had their premium raised, because of a pre-existing condition.

Cost-Sharing May Still Be A Struggle

The law will also put limits on high-deductible policies like those chosen by Laurie Simons, 62, and Mary McVey, 50 — meaning they pay significant sums out of their own pockets before their coverage kicks in.

Starting in January, new policies must cap annual “out-of-pocket” costs, which include deductibles and co-insurance payments, to about $6,350 for an individual, or $12,700 for a family – amounts that could still be a stretch for many consumers.

“There aren’t that many Americans who have that kind of cash just sitting around,” said Karen Pollitz of the Kaiser Family Foundation, who has studied the individual market. (KHN is an editorially independent program of the foundation.)  “For the middle-class uninsured, it may still be a struggle.”

Nonetheless, the law’s caps will reduce the cost-sharing in many plans currently sold, including those purchased by Simons and McVey.

Almost a third of plans currently offered to consumers exceed those caps, according to the U.S. News/Kaiser Health News analysis.

When Simons, a self-employed mental health counselor in Portland, Maine, switched to a high-deductible plan to reduce her monthly costs, she was healthy. But earlier this year, she was diagnosed with melanoma. Now she must find $11,000 to pay for her surgery.

“If you don’t have money, I don’t know what you do,” Simons said.

McVey, on the other hand, wants to keep her policy, saying she is not willing to pay much more than her current premium of about $500 per month for a family of five. The self-employed accountant in Cape Elizabeth, Maine, has a policy that carries a $15,000 deductible, which could rise to $30,000 if two or more family members fall seriously ill in the same year.

McVey admits she’s been lucky that no one in her family has ever faced serious medical problems. She hardly ever goes to the doctor, she said, and offers cash when she does, hoping for a discount.

She worked out a payment policy with the hospitals that delivered her three children – and paid each of the bills off over several years with payments of $50 to $100 a month.

While she would love “a health policy where I don’t have to pay $700 to get a checkup for my kids,” she said she would not like it if the tradeoff is higher premiums.

“Paying $1,200 or more a month for health insurance seems like craziness,” she said.

Big Changes Ahead For Those Who Buy Their Own Insurance