What happens if the health law’s individual mandate — the provision that requires almost all Americans to obtain health insurance or face a penalty — is overturned by the Supreme Court?

Though more legal action is likely before the issue reaches the high court, the Aug. 12 decision by the 11th Circuit Court of Appeals dealt a blow to the mandate, which many view as critical to the law’s goal of expanding health coverage to an estimated 30 million Americans.

Where do the challenges to the health reform law stand? Find out here.

The mandate is designed to urge people disinclined to purchase a health policy — generally assumed to be young and healthy individuals who do not require much medical care — to get coverage to help expand the insurance pool. The insurance industry has long maintained that, without this requirement, the law’s directive that insurers offer coverage to people with pre-existing medical conditions, as well as other consumer protections, would increase premium costs.

Some observers maintain that the law’s implementation could proceed without the mandate. Others note that in the current political climate it would be extremely difficult to change this part of the law. Still, since the 11th Circuit’s ruling, there’s greater interest in the policy alternatives that could be employed if the Supreme Court agrees with this opinion.

Kaiser Health News asked a group of experts what they view as the most workable or effective ideas in the mix. Edited excerpts of their responses follow. 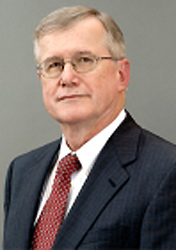 Mark Pauly, PhD, health economist, Wharton School at the University of Pennsylvania:
Actually, the health law’s individual mandate in practice is, in my opinion, not all that important for the functioning of insurance markets. If it was a real effective mandate, it probably would be. But the penalty associated with violating it is actually pretty mild. So having it disappear isn’t going to be that much of a catastrophe.

The kind of mandate that I’ve favored over the years would be one with a lot more teeth — that effectively would, if you didn’t buy the insurance, penalize you by charging you the full amount of the premium. That would work to get everybody to buy. But that’s not the mandate that’s in the law.

If we could re-write the script — would there have been a way to design things to avoid these legal challenges? You have to realize I’m an economist not a lawyer, but the way I would have done it, and the way I’ve proposed to do it before, would be to say okay, we’re going to raise everybody’s taxes by the amount of the premium we want them to buy. But if you buy your insurance yourself, you don’t have to pay that tax. So, instead of it being — as the lawyers are all worried about — a law requiring you to do something compared to doing nothing — just because you are in existence, this would be just a tax break. It seems to me that would not be subject to legal challenge because the government is perfectly free to give tax breaks for whatever it wants. 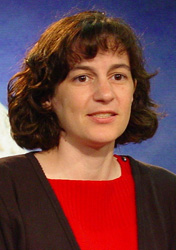 Cori Uccello, senior health fellow at the American Academy of Actuaries:
A strong and enforceable individual mandate is probably the most effective method to ensure that the health insurance market attracts low-risk individuals, which is necessary to ensure market viability given the law’s guaranteed issue provisions and limits on premium variations.

In the absence of an individual mandate, a combination of approaches will likely be needed — for instance, lengthening the time between open enrollment periods to two years or longer, along with imposing higher premiums for late enrollees.

Even if the individual mandate is retained, these types of options should be explored to strengthen the mandate’s effectiveness. 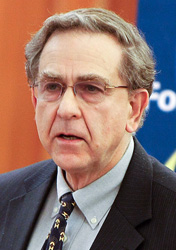 Paul E. Starr, professor of sociology and public affairs at the Woodrow Wilson School of Public and International Affairs at Princeton University:
In the alternative that I’ve proposed, the government could allow individuals to opt out of the new insurance system, without a penalty, by signing a form on their tax return acknowledging that they would then be ineligible for federal health insurance subsidies for a fixed period — say, five years. During that time, if they had second thoughts, they would have no guarantee that they could find a policy or that it would cover pre-existing conditions.

With this added provision to the law, people without coverage through a group or Medicaid would have three basic choices. They could use the new insurance exchanges to buy guaranteed coverage, receiving subsidies if their incomes were within four times the poverty level. They could take the five-year opt-out. Or they could do neither and pay the annual penalties, but those penalties would be increased and backed up with enforceable sanctions. With both an opt-out and stiffer penalties, the law could be both more libertarian and more tough-minded, and it might achieve as high compliance as the mandate Congress adopted, which is, in one of the great ironies about the legislation, a mandate in name only since there are no provisions for enforcing it.

One more point: The federal law could leave it to the states to pick one of several methods of creating incentives for the uninsured to enroll. A state could follow the lead of Massachusetts and enact its own mandate. Or it could enact my five-year opt-out. Or it could establish increasing premiums for those who failed to enroll at the start of the program. In short, there could be a menu of alternatives for experimentation. That’s actually what I think should have been done in the first place. 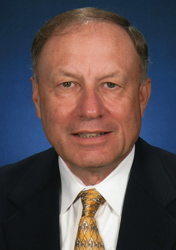 Robert Laszewski, president, Health Policy and Strategy Associates, a Washington, D.C.-based health policy and marketplace consulting firm:
I believe the integrity of the insurance pool could be protected as well or better by making insurance entirely voluntary but with a provision that said anyone not purchasing health insurance when it was first offered could purchase it at any later time and they and their family would be covered. However, any pre-existing condition at the time they later signed up would not be covered for a period of two years.

With this provision, we wouldn’t need an individual mandate; insurance would be entirely voluntary, people would have sufficient incentive to signup, the insurance pool would be adequately protected from anti-selection, other family members wouldn’t be penalized, and there wouldn’t be any “freeloaders.” 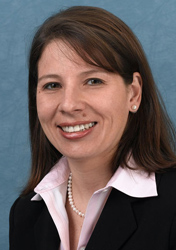 Nina Owcharenko, director of health policy studies, Heritage Foundation, a conservative public policy think tank:
The individual mandate depends on the “stick” approach to force people to buy health care coverage. A better solution would be to use the “carrot” approach of positive incentives to encourage people to buy coverage. Such incentives would include tax relief for people to buy and keep their own health insurance policies, and expansion of the coverage options available to individuals — including allowing them to purchase more affordable policies from other, more competitive state markets.

The key to a successful marketplace is to get the incentives right. If individuals are able to the control of dollars and decisions in the health care marketplace and the marketplace is able to adapt to the demands of the consumer, the more value consumers will have in purchasing coverage. 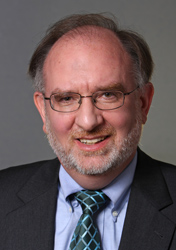 John Sheils, senior vice president, Lewin Group, a national health policy research and management consulting firm:
The problem with eliminating the mandate is that it will create a situation in which people aren’t taking much of a risk by going without health insurance.

One of the things you could do is restore some of these risk factors. For example, the pre-existing condition exclusions could be reintroduced for those people who haven’t maintained their coverage. That would keep a lot of the people in these higher income groups — people who don’t qualify for Medicaid expansions or premium subsidies — interested in coverage. It also would be essential to preventing premiums in the market from going up, and prevent huge losses of coverage.

It’s kind of an unsavory thing to believe that some people who are uninsured, after all of this, won’t want coverage. It’s not politically correct to say something like that. But you have to ask yourself if maybe it’s okay. We have accepted the idea that there will be uninsured people. In a sense what we’re doing is arguing about how many that will be.

Back-Up Plans For The Individual Mandate?