The medication, Risperdal, prescribed by a jailhouse psychiatrist, had quelled Salido’s angry moods. “It helped me be more relaxed,” he said. “Not as much on the edge and feeling like everybody is out to get me.” 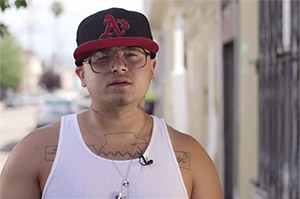 Now Salido, who served two years for burglary, assault and gang involvement, has no health insurance and few options for refilling his medication.

Many inmates leave county jails and state prisons with mental health problems and chronic physical ailments, and no health coverage. Because they typically are not custodial parents, ex-offenders have long been ineligible for a public health insurance program aimed at kids, mothers and the disabled.

But earlier this year, California and 25 other states, under a provision of President Obama’s health law, opened up Medicaid to single and so-called “childless” adults. The change in eligibility criteria will extend Medicaid coverage to vast numbers of ex-offenders whose incomes are below the federal poverty line.

“Historically, 10 or 11 percent of folks in detention have been eligible for Medicaid,” said Alex Briscoe, health director for Alameda County. “That number is well over 90 percent as of January.”

Indeed, of those newly eligible under the Medicaid expansion, experts predict one out of three nationally will be former inmates or detainees. Health officials in Alameda County estimate 18,000 offenders in its two jails will qualify.

Men and women involved in the criminal justice system are more likely to be sicker than the general population, with higher rates of diabetes, hypertension, depression, mood disorders and alcohol and drug addiction. Many have spent years—perhaps their entire adult lives—without health insurance and have medical conditions that must be stabilized when they’re incarcerated.

“They come to us in bad shape, and we get them as good as possible,” said Richard Lucia, the undersheriff for Alameda County. 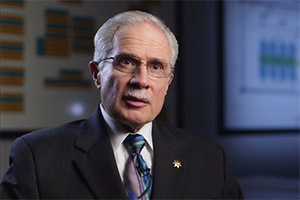 At Santa Rita jail in Dublin, one of the largest detention facilities in the United States, the pharmacy dispenses some 350,000 prescription drugs each month and spends $28 million each year on medical and mental health services. But because recidivism rates are so high in Alameda County—two out of three inmates re-offend—the jails’ medical clinics often end up re-stabilizing the same inmates.

“They leave and they get in bad shape again,” said Lucia. “And they come back to us, and we fix them up again.”

The churning of sick offenders costs the county when inmates are in custody — but it also strains public hospital budgets when they’re released. “When they do need care they come to our emergency department. They cost us between $600 and $800 a visit,” said Briscoe, the county health director. “The cost drivers on our system are intense.”

The Medicaid expansion, county officials contend, offers a rare opportunity to connect men and women with criminal records to ongoing medical and mental health services, and to directly reimburse the county’s general fund for medical care outside of correctional facilities.

While it remains against federal law to use Medicaid to pay for day-to-day medical care for inmates, the program, funded by federal and state dollars, will cover hospital stays longer than 24 hours. Those longer hospital visits often involve costly and complicated surgeries, and the county estimates it could save $3 to $5 million a year in off-site hospital care.

“That would shift the cost, essentially, from the county to the state or to the federal government,” said Undersheriff Lucia.

Over the last few months, a constellation of Alameda County agencies, including the sheriff’s office, public health and social services, have been feverishly working to create new protocols that will automatically enroll all eligible inmates into Medi-Cal, as Medicaid is known in California. Other enrollment efforts are underway in Contra Costa, San Francisco, Solano and Lassen counties, and in Cook County, Illinois, the state of Washington and elsewhere. 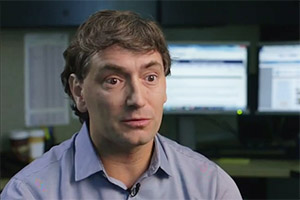 Overcoming those obstacles is a priority, county officials said, not only because of the potential cost savings, but also because the Medicaid expansion offers a solid chance at reducing the county’s dismal recidivism rate. Several studies have shown that ex-inmates who have access to health care when they leave jail, especially mental health and substance abuse counseling, are less likely to re-offend.

Still, a Medicaid card is no panacea for troubled lives. “You can’t treat away the problems that face poor communities,” said Briscoe, the county health director. “It’s about a good job. It’s about a sense of belonging. It’s about a place to sleep, but healthcare can be a tool for social justice if it’s delivered effectively and creatively, and that’s why the Medicaid expansion is such a great opportunity for us.”