To save on health care, you have to invest in it.

At least that’s the thinking of the Centers for Medicare & Medicaid Services. Last week, the CMS innovation center awarded 26 grants – worth a total of $122.6 million – to a variety of health care organizations. If these plans for better patient care pan out, the programs estimate they could reap about $254 million in savings over three years. 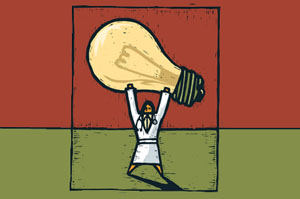 The innovation center is scheduled to announce several more awards in June.

That month, however, is also when the Supreme Court is expected to rule on the constitutionality of the health law, which established the innovation center, and that decision could threaten the center’s programs. But supporters maintain that this sort of front-end investment is imperative to introduce new efficiencies and better quality care into the system.

John Schnelle, who will oversee Vanderbilt Medical Center’s effort to reduce hospital readmissions in Tennessee, said that without the grant “the organization would probably still do [the project] but, one, not as fast, and two, not as well.” Meanwhile, in Colorado, the Upper San Juan Health Service District might abandon entirely its plans to deploy mobile telemedicine for stroke and other emergencies among a rural population. “We have a $47,000 bottom line as a health district this year,” said CEO Brad Cochennet. “That $47,000 pales in the face of the costs that it takes to ramp up this program.”

Kaiser Health News recently spoke with representatives of four projects that will receive innovation grants. They reflect the diversity of the programs being funded, ranging from efforts to provide primary care to inner-city homeless populations to offering dental treatment on South Dakota’s Native American reservations. All cited the importance of CMS support, but they also agreed that their ideas to improve care are inevitable changes to the health care system: expanded access, better coordination and a renewed focus on prevention. Here are some of their thoughts:

Addressing The Needs Of The Homeless

The Center for Health Care Services in San Antonio is receiving a total of $4.6 million from CMS in an effort to integrate primary care with a program for mental health among the homeless, which represents a sizeable Medicaid population. The grant will allow the center to build staff and infrastructure more quickly, and reduce the pressure to secure funding from the state government and other sources. 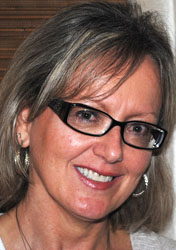 Ultimately, the project is expected to result in $5 million in savings over three years by reducing the number of costly emergency room visits. Homeless individuals often go to the ER because they delayed treatment that could have been handled in a primary care setting.

“We’re not trying to take these people and put them into a box that already exists,” said Bren Manaugh, the center’s director of business development, compliance and quality assurance. “We’re really wrapping the services around them – what’s unique about them and their needs and their barriers. It’s a very patient-centered approach.”

What makes the project unique is that the center will train former patients – now rehabilitated and healthy – to help current patients access services and coordinate care.

Reducing Readmissions Among The Elderly

Vanderbilt University Medical Center’s $2.4 million grant seeks to improve the systems of post-acute care among Medicare beneficiaries and people dually eligible for Medicare and Medicaid in 10 Tennessee counties. Funds will go toward training hospital staff on how best to discharge patients and how best to communicate with the nursing facilities that provide follow-up care. 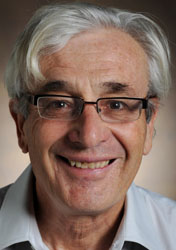 “What’s innovative is that these interventions have never been all integrated into one system – in other words, hospital discharge planning integrated with the training and quality improvement in the post-acute care setting,” said Schnelle, who directs Vanderbilt’s Center for Quality Aging. “We’re putting the whole thing together.”

An estimated $8.7 million will be saved over the life of the grant by reducing hospital readmissions. According to Schnelle, the Medicare population averages about $10,000 to $11,000 per readmission episode, and returning to the hospital can lead to further complications.

“There’s increased risk of infections, and increased risk of falls, which has other health consequences,” he said. “If you could reduce [the number of hospitalizations] by even a fairly small amount, based on our projections – even a 10 percent reduction – you would save a substantial amount of money.” 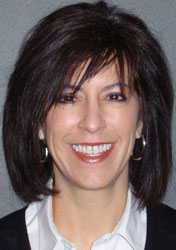 The Indian Health Service is in charge of Native American care, but it’s often overwhelmed by the population and can’t put an emphasis on prevention, said Connie Halverson, Delta Dental South Dakota’s vice president for public benefit. “We probably wouldn’t be able to take it statewide like we’re proposing with the project now,” without the CMS grant, Halverson added.

Many Native Americans end up going to dental surgical centers because they aren’t treated early enough.

By avoiding emergency visits, Delta Dental estimates that health spending could be reduced by $6.2 million over three years.

Delta Dental will train community health workers from the Native American population itself, as well as bring dental hygiene services to reservations.

Colorado’s Upper San Juan Health District has a large, rural population, with many living in remote areas of the Rocky Mountains. The $1.7 million CMS grant will help expand a just-started telemedicine program for cardiac care. 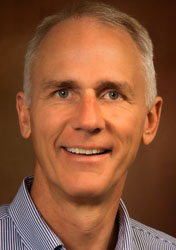 Emergency medical service teams will be deployed to check in on patients at risk for stroke and other conditions. Using mobile technology, clinicians will be able to monitor and diagnose patients from afar, rather than having to bring them to the nearest hospital for evaluation.

“Just in transportation alone” there are savings, Cochennet said. “We’ve probably had five people evaluated with telemedicine equipment in the first few months [of our pilot project] that did not have to go on a helicopter ride to Denver to be evaluated.” A helicopter ride could cost $30,000 to $40,000, Cochennet added.

Clinicians and EMS personnel will also educate patients on heart-healthy habits so they can manage symptoms and avoid cardiac events entirely. Total savings are expected to reach $8.1 million over three years.