Federal efforts to strengthen inspections of the nation’s nursing homes are gaining momentum after a government probe uncovered instances of substandard care.

The March 3 report by the HHS Inspector General found that an estimated one-third of residents suffered harm because of substandard care and that the chances of nursing home inspectors discovering these “adverse events” are “slim to none,” said Ruth Ann Dorrill, a deputy regional director for the inspector general and the manager of the investigation. 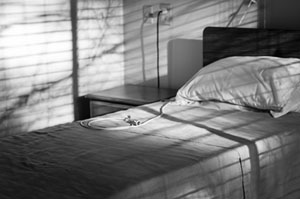 Nearly 60 percent of these incidents were preventable — including injuries due to falls or medication errors — and more than half of residents were hospitalized as a result, costing Medicare an estimated $2.8 billion in 2011, according to investigators. In 6 percent of the cases, poor care contributed to residents’ deaths.

The findings were based on the review of medical records of a random sample of 653 residents whose nursing home stay of 35 days or less ended in August 2011.

The study comes as the Centers for Medicare & Medicaid Services, the agency responsible for oversight, is developing new rules required by the Affordable Care Act to improve nursing home care by establishing “quality assurance and performance improvement programs.” As part of this effort, CMS created a website last summer containing resources and training materials that have been used in 5,000 facilities to reduce residents’ pressure ulcers and medication errors, a Medicare spokeswoman said.

Once those rules are issued, probably later this year, the agency will direct inspectors “to review facility practices for identifying and reducing adverse events,” CMS chief Marilyn Tavenner wrote in a response included in the IG report. CMS contracts with states to inspect nursing homes, usually with at least one registered nurse on the inspection team.

After reviewing a September draft of the IG report, Medicare officials became interested in using the IG’s investigative techniques, methods not normally used in measuring nursing home quality, Dorrill said. For example, the IG and CMS are working to condense the report’s list of 261 instances of actual harm so that nursing home operators and government inspectors could quickly identify health problems noted in a medical record as something that occurred because of poor treatment rather than the natural progression of disease in an elderly patient, she added. The initial list of 261 instances was compiled by a team of expert physicians, geriatricians and nurse consultants who scoured the selected records to make these determinations on a case-by-case basis.

Another strategy CMS plans to use, Dorrill said, is the “trigger tool” IG experts developed to identify instances of potential harm. This tool is a list of 49 medical problems that are warning signs, such as when a resident has to go to the hospital or if a resident’s blood glucose level drops dangerously low.

These strategies may help nursing home inspectors detect problems that do not emerge during typical inspections that focus on “what’s happening to residents today,” said Jane Straker, a research scholar at the Scripps Gerontology Center at Miami University in Ohio.

Routine inspections — as opposed to inspections prompted by complaints — typically take three days and occur every 9 to 15 months, said Robyn Grant, policy director for The National Consumer Voice for Quality Long-Term Care, a Washington-based national advocacy group. Inspectors look at the medical records of as many as 30 residents, depending on the size of the facility, and also check a range of other services, from housekeeping and food preparation to required social activities and protection of residents’ rights. They also assign a severity level to any violation of Medicare rules that determines whether the facility will be fined, and if so, how much.

And their arrival may not come as a surprise, said Grant. The predictable schedule of inspections may give nursing homes a rough idea when to expect the next one. She said residents and their families have reported improvements in staffing and other preparations before an inspection.

While the American Health Care Association, which represents 11,000 nursing homes and other long-term-care facilities, is still reviewing the IG report findings, nursing homes have already taken steps to continue to improve quality of care by reducing hospital readmissions and off-label use of antipsychotic medications, and increasing the time nursing staff spends with patients, said Dr. David Gifford, the association’s senior vice president of quality and regulatory affairs.