It is time for conversations about death to become a part of life.

That is one of the themes of a 500-page report, titled “Dying In America,” released Wednesday by the Institute of Medicine. 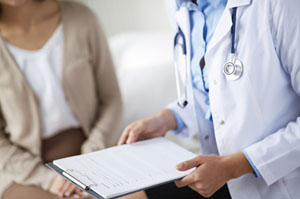 The report suggests that the first end-of-life conversation could coincide with a cherished American milestone: getting a driver’s license at 16, the first time a person weighs what it means to be an organ donor. Follow-up conversations with a counselor, nurse or social worker should come at other points early in life, such as turning 18 or getting married. The idea, according to the IOM, is to “help normalize the advance care planning process by starting it early, to identify a health care agent, and to obtain guidance in the event of a rare catastrophic event.”

The IOM plans to spend the next year holding meetings around the country to spark conversations about the report’s findings and recommendations. “The time is now for our nation to develop a modernized end-of-life care system,” said Dr. Victor Dzau, president of the IOM.

The 21-member IOM committee that authored the report grappled with the fact that most Americans have not documented their wishes for end-of-life care. A national survey in 2013 found that 90 percent of Americans believed it was important to have end-of-life care discussions with their families, yet less than 30 percent had done so. Those who have had the discussions tend to be white, higher-income, over 65, and have one or more chronic condition.

In response to these statistics, the IOM offers a new “life-cycle model of advance care planning” that envisions people having regular planning conversations as part of their primary care, and at the diagnosis of any chronic illnesses or genetic conditions. The conversation would continue at various turning points of a disease, when spiritual counseling might be offered, and then again in the final year of expected life.

The report also found that the American health care system is poorly equipped to care for patients at the end of life.  Despite efforts to improve access to hospice and palliative care over the past decade, the committee identified major gaps, including a shortage of doctors proficient in palliative care, reluctance among providers to have direct and honest conversations about end-of-life issues, and inadequate financial and organizational support for the needs of ailing and dying patients.

“We all share in common one reality: We’re all going to die,” said Dr. Philip Pizzo, co-chair of the committee, at the public release of the report Wednesday. “We have the ability to accomplish [a strong end-of-life care system], but we have a long way to go.”

Just talking about death and dying can ignite fear and controversy: Five years ago, the health law’s proposal for Medicare to reimburse doctors for counseling patients about living wills and advance directives became a rallying cry for Republican opponents of the law who warned about so-called “death panels.” The reimbursement provision was removed from the Affordable Care Act before it passed.

The IOM argues that the country cannot afford to wait any longer to have a less heated conversation, especially as the number of elderly Americans continues to grow with the aging of the baby boom generation.

“At a time when public leaders hesitate to speak on a subject that is profoundly consequential for the health and well-being of all Americans, it is incumbent on others to examine the facts dispassionately, assess what can be done to make those final days better, and promote a reasoned and respectful public discourse on the subject,” write Dzau and Dr. Harvey Fineberg, the former president of the IOM, in a forward.

The report also addresses how to make palliative care – care that focuses on quality of life and pain control for people with serious illnesses – more prevalent and available to all patients.

Over the past decade, palliative medicine has become a widespread specialty.  But while 85 percent of hospitals with more than 300 beds now have palliative care services, many patients still may not have access to a specialist, including those who are not hospitalized or who live in rural areas.

To address the shortage, the committee writes, all clinicians regardless of specialty “should be competent in basic palliative care, including communication skills, interprofessional collaboration, and symptom management.” Medical schools are currently required to cover end-of-life care as part of their curriculum, but they offer an average of just 17 hours of training over all four years. And end-of-life care is not one of the crucial 15 topic areas for Step 3 of the medical licensing exams, the final step to becoming a practicing physician.

The committee calls for medical schools, accrediting boards and state regulatory agencies to bolster their end-of-life training and certification requirements.

Some private insurance plans have already started adopting some of the practices recommended in the report. “It’s not entirely altruistic,” said David Walker, co-chair of the committee. Private payers have the data to know that palliative and hospice care can save money at the end of life.

The IOM is an influential body that is the health arm of the National Academy of Sciences. Its mandate is to provide objective information to advise the public and policy makers. IOM reports are sometimes undertaken at the request of Congress, which can also fund the work. “Dying in America” was funded privately, however, by “a public-spirited donor” who wishes to remain anonymous, according to Dzau and Fineberg.

Dying In America Is Harder Than It Has To Be, IOM Says