For the tens of thousands of individual insurance agents nationwide, the idea of a health system overhaul hits close to home  and work. The changes currently under consideration could radically alter how they do business. For example, there could be requirements that all individuals have coverage, that employers provide insurance for their workers and that insurers cover anyone – regardless of preexisting conditions. In addition, there could be a government-run public plan that might compete with insurance companies.

KHN reporter Jaclyn Schiff spoke to two agents to find out how they are bracing themselves for the post-reform environment. We edited their remarks. 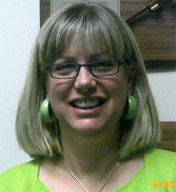 Sheri Hokin, of Hokin Sternberg Insurance in Northbrook, Ill., has worked in the insurance industry for 27 years and is a former chapter president of the National Association of Health Underwriters. She remembers earlier reform attempts and she’s worried her fellow agents are not engaged enough in the proceedings.

Q: Do you notice any similarities between what brokers were saying in 1994 and now?

A: I don’t see as much nervousness now. I don’t see my fellow brokers getting involved enough. Financially, the United States was in a different place in 1994, so when the government talked about doing this major universal healthcare, it was a possibility. Now, it’s going to cost trillions of dollars. So I think (agents) are looking at it and thinking it’s not going to happen. They think it will be watered down.

Q: Are you concerned that health reform will change the way you do business?

A: It will. But in some good ways. I think that an individual mandate is an excellent thing and that there will be guaranteed issue for anyone who wants to get in the system. I do a lot of individual policies and it is frustrating for a number of people who have minor illnesses or expenses and can’t get covered. That’s ridiculous. Guaranteed issue will allow me to spend more time finding the right products and not to have to go through underwriting and this whole program of people answering health questions and then getting turned down for insurance.

In terms of an employer mandate — saying that if you don’t provide coverage you have to pay for it, I think that’s unfair. If companies and manufacturers can’t compete internationally now, they’re certainly not going to be able to compete when they have even more expenses for healthcare.

Q: Do you think the public plan will put insurance companies out of business?

A: Absolutely. It’s unfair. The consumer is going to say, oh, it’s less expensive for me to go on this plan. They don’t realize in the long run, tax-wise, they might be paying more because of it.

Q: Have you seen any brokers doing anything to prepare for the chance that they might not be as much need for health insurance?

A: There does seem to be a trend in the insurance industry. This has been [the case] for several years now, selling a lot of ancillary products, dental, life and vision … because health insurance is getting frustratingly difficult in terms of underwriting and approval.

Q: Is there a way to bring about reform to the health system without harming the insurance industry? 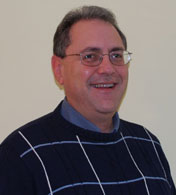 Hank Stern, an insurance agent in Dayton, Ohio, is also a blogger, a continuing insurance education instructor and a self-described contrarian. He says that people who are focusing on the 1994 reform experience “are missing the boat completely.” The key, in his view, is being able to adapt.

Q: There appears to have been some fear among health insurance brokers back in 1994. Is there the same level of fear now?

A: The gloom and doomers will probably suffer from a self-fulfilling prophecy. But some of us say [that] in every adversity there is challenge, but there is also opportunity. One has only to look across the pond. The British have a national health system. Free health care for everybody. So tell me again why they have private health insurance? You can buy health insurance in Britain. It’s a fairly big business. In Canada, they have nationalized health care. [But they are] starting to see health insurance pop up. Why is that? Because those systems are not self-sustaining. Insurance is a risk management tool. It’s a very good one.

Q: Are you doing anything to prepare for the way the industry might change?

A: Nope. First off nothing’s going to happen [with health reform]. And even if something did, it won’t happen overnight. So things get wound down. New products and new strategies come out. Right now, people still get sick. Today somebody will have a heart attack, somebody else will break their arm. You deal with it day by day and you say: if and or when a change comes then I’ll adapt to it. Most agents don’t have a sense of history and they don’t look and say, “OK, we won’t sell major medical. We’ll sell the supplements to the national health plan or whatever.” People need long-term care insurance, disability insurance, critical illness insurance and life insurance.

Q: What would you like to see out of health reform?

Q: How might the public plan and the exchange alter the industry?

Insurance Agents Look Into The Future, See Uncertainty And “Opportunity”