The Supreme Court’s decision to uphold or strike down the health law could bolster — or undo — the most far-reaching changes ever legislated affecting the insurance industry and its customers. 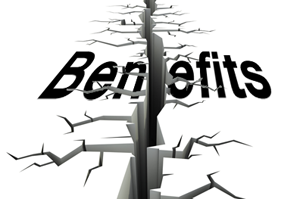 Riding on the outcome are a host of popular consumer protections, many aimed at the estimated 18 million Americans who buy their own coverage and who face greater obstacles and costs than those who get coverage through their jobs.

Other rules, already in effect, allow parents to keep adult children on their policies until age 26 and compel insurers to refund money to consumers if they spend more than allowed on administrative costs and profits.  “Individuals who don’t have affordable group coverage through their employers will be extremely harmed if the whole law is scrapped,” says Amy Gordon, a partner in the Chicago office of law firm, McDermott Will & Emery, who focuses on group health insurance and welfare benefits.  Those with pre-existing illnesses would be among the most vulnerable.

Insurers, too, have a lot at stake: While the law saddles them with new regulations and taxes, it also positions them to reap an additional $1 trillion in gross revenue over eight years, largely from new customers, according to one forecast by Bloomberg Government, a for-profit news and research firm.

The court’s options include upholding all, none, or just selected parts of the law.

A court decision to void the entire law would allow insurers to go back to the pre-2010 status quo when some plans canceled policies retroactively if policyholders fell ill with expensive conditions.  They would also face less scrutiny of rate increases and how much they spend on health care.

Gone also would be some new taxes on the industry and a requirement that in 2014 insurers accept all applicants, even those with pre-existing medical conditions.  Currently, most states allow insurers to reject less-than-perfectly- healthy applicants, unless they are part of a group policy offered through an employer.

But if the law is struck down, insurers would lose tens of millions of new customers, partly because there would be no requirement that most Americans carry insurance, and no government subsidies to help them purchase it.

“A lot of insurers were excited that the individual mandate would open a whole new area for them as far as coverage,” says Gordon.

Robert Laszewski, a former industry executive who now runs a consulting firm, says that he and others in the industry were not enthusiastic about the law, but they saw it in pragmatic terms: It could have been a lot worse.

“If the whole law is thrown out, we start over and who knows what the political lineup will be,” he says.

One option before the court would be to throw out only one provision — the requirement that all Americans buy coverage. Both the Obama administration, and opponents of the law who brought the court challenges, have argued that if the justices strike that requirement, they should also eliminate related provisions requiring  insurers to enroll applicants with pre-existing conditions and to charge them essentially the same rates as healthy people.

Those three pieces go together, they say, because it would be financially ruinous to require insurers to sell to everyone without mandating most people buy coverage. In the handful of states that have tried that, premiums skyrocketed because not enough healthy people chose to buy insurance.

The worst outcome for the insurance industry – and possibly for consumers as well – might be if the court tosses just the requirement that all Americans carry coverage – but still requires insurers to take all comers and to charge the healthy and the sick comparable rates.

In that case, experts predict that many insurers would raise premiums in anticipation that more sick people would sign up for coverage. “You’d have an insurance company nightmare,” says Len Nichols, director of the Center for Health Policy Research and Ethics at George Mason University.

“We would have ridiculously high prices or no one to buy insurance from,” says  Laszewski.

Some insurers would likely stop selling coverage on the so-called individual market.  New marketplaces, called exchanges, where individuals and small businesses would buy insurance, might see a disproportionate number of unhealthy people apply, thus raising prices and potentially dooming them.

But if the court strikes just the three related coverage provisions, many other parts of the law, including subsidies to help lower income people buy coverage, would continue. Insurers would likely still face increased scrutiny of rate increases over 10 percent – and be required to refund consumers if they did not spend at least 80 percent of insurance premiums on medical care. This year, insurers are expected to return about $1.3 billion to individuals and small employers for failing to meet that target.

Subsidies, in the form of tax credits, would still be available to help people who earn up to 400 percent of the poverty level, about $44,680 this year for a single individual, to buy coverage. But the scenario would be “bad for a family making more than that because there would be little or no subsidy,” along with rapidly rising prices, he says.

Experts say that some of the other insurance industry and consumer provisions already in effect are likely to continue even if the entire law were scrapped.  Earlier this week, for instance, UnitedHealthcare, Aetna and Humana committed to keep several of the most popular provisions, such as allowing adult children to stay on their parents’ policies until age 26, not charging co-payments for some preventive services, such as cancer screenings, and allowing consumers third-party appeals of treatment denials. The insurers made no promise to insure people with pre-existing conditions, however.

In addition, 23 states and the District of Columbia have enacted laws incorporating at least one of the early requirements of the federal law, according to a study by the Georgetown University Health Policy Institute. Some of those state laws have an “escape clause,” allowing the rules to expire if the court rejects the federal law, but others do not, says Sabrina Corlette, one of the authors.

It is also unclear what, if any, accommodations might be made for the nearly 62,000 people enrolled in special high-risk pools created by the law to cover those unable to buy insurance because of a pre-existing illness.

“I have no idea what I would do,” says Haley White, a 22-year-old in Wauconda, Ill., who had Hodgkin’s lymphoma as a teenager and lost her coverage when her father was laid off. “No one will insure me because of my health history.”