This week, I addressed questions from readers about generic drug prices as well as health plans with high deductibles and those that have grandfathered status under the health law.

Q. I take levothyroxine, the generic form of Synthroid, to treat a thyroid disorder. This generic has been on the list of drugs that cost $10 for a 90-day supply at my pharmacy for as long as I can remember. Starting in April, the drug was dropped from the list and the price rose 300 percent. The pharmacist tells me all the generic drug manufacturers are raising prices. How is it possible that this drug increased in price so quickly?

Generic drug price hikes have come under close scrutiny lately, as reports continue to surface of significant and seemingly inexplicable increases, often for widely used drugs like levothyroxine or digoxin, a heart medicine, whose out-of-pocket costs to consumers have been modest for years.

What gives? Health care professionals like your pharmacist often blame drug manufacturers, claiming they raise prices simply because they can, said Dan Mendelson, president of Avalere Health, a consulting firm. There’s no question that happens. But there are other reasons that generic drug prices may increase as well.

The most common reason that consumers get a bigger generic drug bill at the pharmacy counter is simply because insurers change their health plan’s benefit design, Mendelson said, moving a drug into a higher cost-sharing tier, for example.

Drug prices may also increase because the cost of manufacturing or distributing a drug has increased.

But consumers don’t have to simply pay up. Drug costs may vary widely from pharmacy to pharmacy, so shopping around often makes financial sense. In addition, some retailers like Wal-Mart offer rock-bottom prices on dozens of generic drugs to consumers who pay cash. Pony up $4 in cash instead of a $30 copay? You do the math. 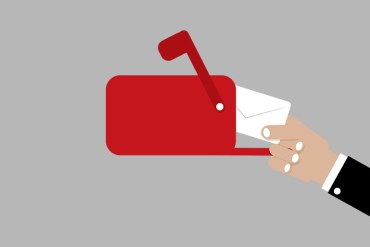 Q. Do you know of any insurance carriers that are selling high-deductible marketplace plans where once the deductible is met, the plan pays 100 percent of the costs after that? In other words, the deductible and the out-of-pocket maximum would both be the same?

It’s not unusual to find plans on the health insurance marketplaces that are structured the way you describe, particularly among bronze-level plans, said Linda Blumberg, a senior fellow in the Health Policy Center at the Urban Institute. Blumberg and colleagues analyzed the availability of these plans on the federal marketplace that runs the insurance exchanges for about two-thirds of states.

Such a plan might have a deductible of $6,850 for individual coverage, for example, which is also the maximum that someone with an individual plan can be required to spend out-of-pocket for covered care in 2016.

Some insurers have touted this type of plan for its simplicity, noting that there’s only one number to keep track of. At the bronze level, however, a plan that picks up all costs after the deductible is met is likely to have a deductible of several thousand dollars. Bronze plans are the least generous of the four levels of coverage on the exchange, paying for 60 percent of benefits, on average.

Still, even in a high-deductible plan, some care is covered before the deductible is met, including preventive services. Under the health law, consumers don’t have to pay out of pocket for preventive care if it has been recommended by the U.S. Preventive Services Task Force. In addition, some insurers offer plans that cover a certain number of primary care visits or generic drugs, for example, that are exempted from the deductible.

If you’re considering a plan where the deductible and out-of-pocket maximum are the same, “check if these plans might have covered care before the deductible,” Blumberg said.

Q. Are grandfathered plans subject to the health law’s non-discrimination provisions, particularly the protection against discrimination in benefits design?

Health plans that were in effect in 2010 when the health law passed and haven’t changed their benefits or costs substantially since then may have grandfathered status and be exempt from many requirements of the health law. The number of such plans has been declining, but in 2015, 35 percent of companies that offered health benefits had at least one grandfathered plan, according to the Kaiser Family Foundation. (KHN is an editorially independent program of the foundation.)

The health law prohibits discrimination in health coverage on the basis of race, color, national origin, age, disability and sex. Discrimination in benefit design is also prohibited, although the federal government hasn’t generally spelled out exactly what that means.

One area where these protections are spelled out most clearly is in nondiscrimination against transgender people. The rules expressly prohibit health plans from excluding transgender health care, including transition-related services, from coverage. The rules also say that other benefit designs, such as placing all the drugs that treat an expensive condition in the highest cost-sharing tier, may be discriminatory. But they don’t prohibit it.

The non-discrimination rules in the health law apply to insurers that receive federal funds, including premium subsidies for qualified health plans and those that cover people who are in Medicaid and Medicare.

If your grandfathered plan is with an insurer that has to abide by the non-discrimination rules, “the plan might have to get rid of its transgender-specific exclusions and cover medically necessary care, including transition-related services,” Keith said.

Insurers May Share Blame For Some Generics’ Price Hikes