Insurance companies selling through the health law’s troubled online marketplaces are scrambling to provide coverage by Jan. 1 even as swarms of customers are still enrolling and making their first payments.

Federal officials and state regulators have repeatedly altered rules to allow the Affordable Care Act’s computers to enroll as many as possible before 2014 begins. The combination of problem software, changing deadlines and shifting regulations over the last two months is unprecedented, insurers say. 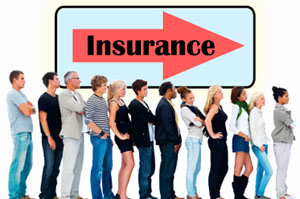 “Going into this, knowing things weren’t going to go swimmingly, we did a lot of scenario planning so the health plans could build out contingency plans,” said Paul Lambdin of Deloitte Consulting, which advises insurers. “And thank goodness we did. But no one thought up the scenario we’re living in.”

Medical plans, with potentially billions in revenue at stake in the health law’s expansion of private coverage, have hired extra workers to run phone banks and tangle with paper applications that were supposed to be processed online.

They’ve assigned staff to pore through electronic enrollments that might be inaccurate or incomplete, or to remind customers to pay. They’re guiding applicants who were expected to sign up on the federal healthcare.gov site or portals run by the states.

“When you look at the problems associated with healthcare.gov and how long it took to be fixed, it seems unfair to ask insurance companies to have their systems incorporate these changes within a few weeks,” said Stephen Zaharuk, an insurance industry analyst for Moody’s Investors Service, which rates bonds.

Implementing the health law involved countless deadlines, but one that can’t budge is coverage for Jan. 1.

On Thursday the administration disclosed another change, exempting those whose policies have been cancelled from next year’s coverage requirements and allowing them to buy high-deductible “catastrophic” plans. Fewer than 500,000 people face losing insurance because of cancellation, administration officials told reporters.

Although marketplace enrollment for 2014 doesn’t end until March 31, many consumers are counting on insurance in January to replace expiring 2013 plans. Others without coverage, many with existing illness, have been promised for years that Jan. 1 is when they can have affordable, subsidized, comprehensive coverage for the first time.

“I can tell you they’re going to have people working through New Year’s Eve,” Lambdin said of the insurers. “If someone wants to see how hard the health plans are working, they can join them at their party.”

The Congressional Budget Office projected that 7 million would buy policies in 2014 issued by private insurers through the subsidized marketplaces, or exchanges. (That’s in addition to millions more low-income consumers expected to gain new Medicaid coverage in states that chose to expand it.)

But thanks largely to computer problems that surfaced after the exchanges opened in October, fewer than half a million had signed up through November.

The Phones Are Ringing

Since then insurers and marketplace administrators have reported enrollment surges and substantially improved software.

“We have definitely staffed up,” said Jon Urbanek, a senior vice president at Florida Blue, the Blue Cross affiliate in that state. “We’re looking at extremely high volumes coming in during the holidays.”

Call volume to Blue Cross and Blue Shield of Minnesota “sort of ebbs and flows with the wait times on MNsure,” the Minnesota portal that sometimes keeps people waiting an hour or more, said Scott Keefer, the insurer’s vice president of policy.

Blue Cross Blue Shield of Michigan wrote a program to let applicants learn their eligibility for subsidies via phone text.

That, too, required more staff, he said.

The original signup deadline for January coverage was Dec. 15. In November, the Obama administration extended it to Dec. 23. This month it ordered insurers to accept payment even later — up to Dec. 31. Then insurers agreed to take payment until Jan. 10.

Insurers have said little about the administration’s request that they provide Jan. 1 coverage for those who sign up and pay after that.

In any case, nobody expects everything to be done on time.

The health maintenance organization Kaiser Permanente expects some new subscribers to walk into clinics without yet having received their membership cards.

“We already have established mechanisms in place for handling people who show up at the medical centers but are not in our systems as members,” said Kaiser spokesman Chris Stenrud. “We trust the member and provide any immediate care needs. If the person turns out not to be a member, we will bill them for those services.”

(Kaiser Health News is not affiliated with Kaiser Permanente.)

Cigna, selling exchange plans in Florida, Texas and elsewhere, has set up 24-hour hotlines, and a team to deal with new members and “post-enrollment snafus,” said spokesman Joe Mondy. New subscribers should expect a welcome package, but “if they don’t get a binder within a week’s time, they need to call us and make sure everything is in place,” he said.

“Sometimes the addresses don’t match. The date of birth may not match,” Keefer said. “We’ve had cases showing the dependents are the parents, and the parents are actually the children. Weird stuff like that.”

Another concern is that insurers might not  get any enrollment file, flawed or not, from the federal healthcare.gov site run by the Centers for Medicare & Medicaid Services. Insurers have reported continuing failures in data handoffs.

“That’s the problem most of us are worried about — people who have selected a health plan and we haven’t heard from CMS on,” said HCSC’s Tikkanen. “If I don’t have a record of them I don’t know who they are.”

“That gives them something to keep in hand,” Urbanek said.