When choosing a doctor, patients have long relied on the idea of board certification. It’s a stamp of approval meant to assure them their provider knows current medical practices.

But a rebellion among doctors over recertification requirements has put that stamp in flux, potentially complicating what patients can expect to know about their doctors.

The national credentialing organization has directed the 24 boards that oversee specific medical specialties, such as surgeons, anesthesiologists and internal medicine doctors, to toughen their requirements for renewal of board certification. But pushback from a number of doctors — especially internists — has sparked a debate in the medical community about the best way to evaluate what doctors know and how effective they are at treating patients. 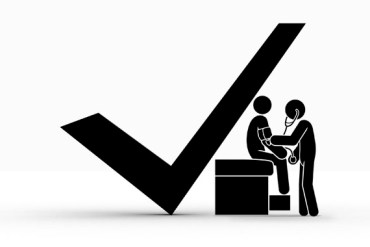 Specialist and primary care doctors who want to stay board certified – a guideline hospitals and insurance plans often look to when evaluating a physician’s quality – already must pass a written exam every 10 years and take classes intended to keep them studying medicine. But the American Board of Medical Specialties is seeking to boost those efforts.

Following the ABMS guidance, the American Board of Internal Medicine last year moved to add a new component to its maintenance of certification program, requiring certified internists to provide information every five years about how they interact with patients and keep them safe. That was supposed to start this year. But the heavy criticism it elicited from a number of doctors led the ABIM to suspend the requirement.

All 24 specialty boards have been required to expand maintenance of certification. Internal medicine, which is the largest of the groups, is the only one so far to suspend its requirements. However, the Association of American Physicians and Surgeons, a trade group of private physicians that advocates limiting government influence on medical care and more independence for individual doctors, filed a lawsuit against ABMS challenging the recertification efforts in all specialties in 2013. The U.S. District Court in Chicago is weighing  the suit.

But while many internists have praised the ABIM decision to take a harder look at what’s required to maintain board certification, patient advocates have expressed concern that the move could potentially foreshadow a diminished focus on elements like patient safety.

“ABIM is issuing a mea culpa to physicians, that they’ve held them to too many standards,” said Leah Binder, president of the Leapfrog Group, a nonprofit organization that emphasizes patient safety. “And I think that message has some hazards to it.”

More thorough standards for physicians are worth the effort, said Robert Wachter, a professor of medicine at the University of California at San Francisco who previously chaired ABIM and is now a trustee at the ABIM Foundation, the board’s nonprofit arm. The board, he said, correctly thought that “the public deserved and would want to know that physicians were doing more [to stay certified] than a process that they were doing for a few months every 10 years.”

The goal was to develop ways to assess patient care and patients’ perceptions of their doctors.

Physicians say, however, they were worried that, as proposed, ABIM’s requirements could be too cumbersome without effectively measuring quality. They would have been required to review old charts and paperwork every five years, collecting data to indicate what they had done in treating relevant diseases, as well as surveying patients about the level of care they received.

Doctors “viewed this as a significant burden – very time-consuming,” said Steven Weinberger, CEO of the American College of Physicians, and at the same time, “they weren’t really clear that it actually improved the practices of medicine and the care that they gave to patients.”

And such criticism, Wachter said, convinced board members that “the methods we had to assess those things were too imperfect and too onerous to force physicians to do them right now.”

But some have said even the existing process is too expensive – completing the ABIM protocol for maintenance of certification, including the exam, costs about $2,000 every decade. Others have argued the exam doctors must take, for which the content is also being re-evaluated, isn’t always relevant, a qualm that could suggest it is not worth the energy and expense of completing.  For instance, a physician who works only with breast cancer patients might still be required to demonstrate knowledge about prostate cancer, colon cancer or other forms of the disease.

“How relevant do you need to make the exam?” Weinberger said. “Does the certificate say that I’m in fact competent in a broader area? It’s a very nuanced question.”

But despite these reservations, finding a way to somehow hold doctors accountable is essential when it comes to patient safety, Binder said.

“We are in an environment where there are so many significant problems in quality and safety in health care,” she said. “I hope they will turn around quickly and that the new standards they set will be more appropriate and at the same time tougher.”

“We wanted to create a process that we thought was appropriate and credible for the public” and that others could use as a gold standard for evaluating physicians, Wachter said.

Balancing physician and consumer needs can get tricky, Binder said, but effective and stringent standards are important given the significance doctors hold in patients’ lives.

“Physicians are an elite profession – one that is revered and admired by all of us,” she said. “And in return for that admiration and respect, I think, they should reassure us that they are holding themselves to very high standards.”

Internists Get A Break From Controversial Efforts To Bolster Performance